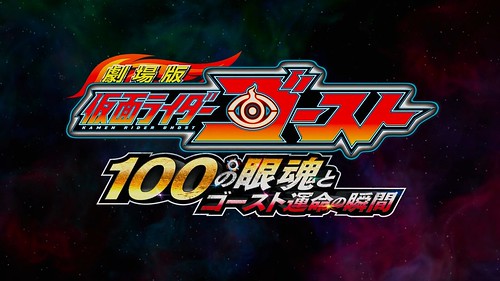 After chasing the mysterious Kamen Rider Dark Ghost, who had suddenly appeared, Tenkuji Takeru arrives at a strange village full of historical figures. Attempting to gather 100 Eyecons, Alain’s dead brother Argos – Kamen Rider Dark Ghost – wishes to create the Ultimate Eyecon and turn everyone on Earth and the Ganma world into ghosts. Meanwhile, Makoto’s father Fukami Daigo is found outside the village. Transforming into Kamen Rider Zero Specter, is Daigo an ally or an enemy? 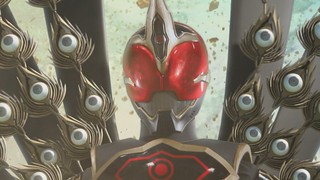 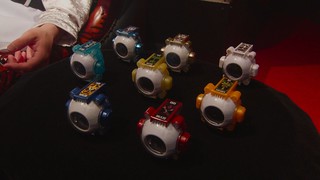 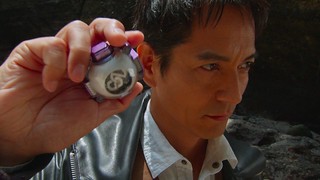 Ghost returns once more with the Summer movie. Normally, I wouldn’t bother to encode something like this since Over-Time already did it from the BD, but in this case, we’ve got not one, but two commentaries to include!

Up first, we’ve got another Rider Club Radio commentary featuring Jeff and Liam.  Just like previous commentaries, I’ve mixed the movie audio with the commentary so you get the complete package in one track.

The second commentary features Sunglass of Capes and Cool Scarves, Knee of Kneescrubs, and Smithdanigans. Just like the RCR commentary, this is mixed with the movie audio, and the video runs about 20 seconds longer at the end to account for the commentary runtime. 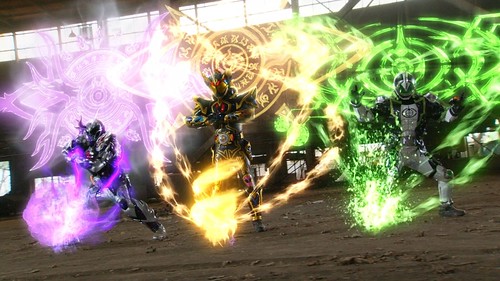 Time to get spooky with Ghost in one complete batch!

Click on the episode numbers to get the patches if you already have these episodes. Otherwise, the DDL mirrors have been updated with the v2s and of course, the batch includes them. 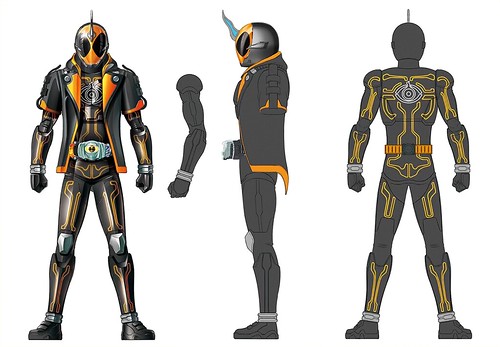 Another series completed, so another design gallery is available. Unfortunately, there are no pieces for the equipment like the belts and weapons, which I always like. Still, we’ve got art for all the Heroic Eyecon forms as well as the various Ganma and Ganmeisers. As with the others, a sorted Flickr gallery is up along with Mega downloads of the PNGs or the original raw BMPs. Enjoy! 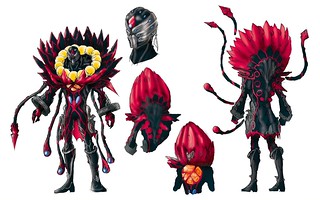 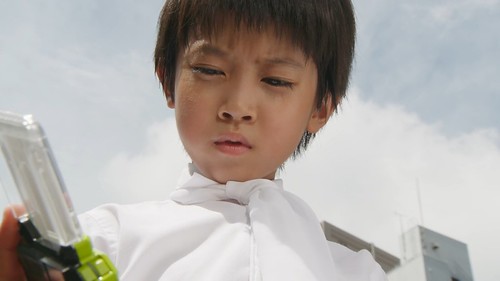 As life returns to normal for the members of the temple and plans are made for what everyone will do next, a strange young boy appears, speaking of the power to change the world. As Makoto and Alain try and talk to him, they are attacked by a strange, black Rider, who demands back the item the boy holds… 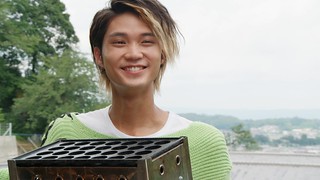 Like the previous episode, I’ve updated the lines for Genm and Ex-Aid’s equipment to match Excite’s subs. In this episode, that mostly was adding the phrases for the Bugvisor’s weapon modes. 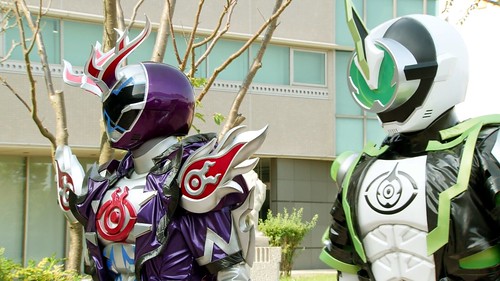 Episode 49: Infinite! The Power of People!

Having assimilated the Great Eye, the Ganmeisers appear in the human world and evolve into an unstoppable giant form, absorbing humanity. As Takeru is reminded of the love of his parents, he gathers the strength needed to defeat the Ganmeisers once and for all and grant his final wish… 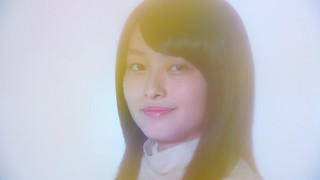 For this episode, I’ve altered the lines for Kamen Rider Genm’s equipment to use the translations that are found in Excite’s subs for Ex-Aid. I left Over-Time’s translation for “kaishin no ippatsu” as it works better in the context it is used in here. 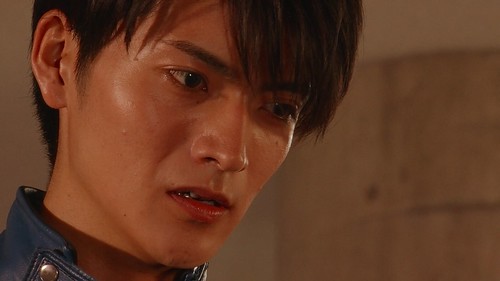 Episode 48: Assemble! The Cycle of Sorrow!

Takeru, Akari, Onari, Makoto, and Kanon arrive in the Ganma World and are greeted by Sage, who is using the powers of the Dark Ghost Eyecon to assist them as they are intercepted by Igor. Meanwhile, Alain desperately tries to get through to his brother, taking drastic steps to stop him at any cost… 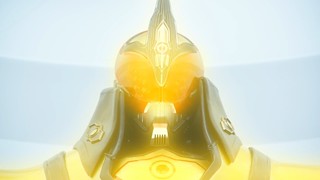 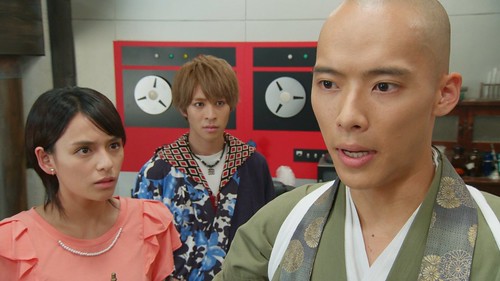 Connecting to Adel again, Takeru is horrified to discover that Adel was the one that killed Ryu when Takeru was a child. As Akari and Sage reopen the gate to the Ganma World, Alain intends to stop his brother himself, while Makoto faces off once more with the copy of himself, who is increasingly acting just like Makoto… 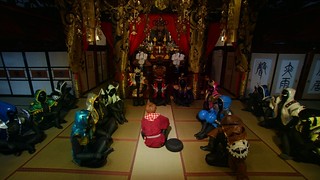 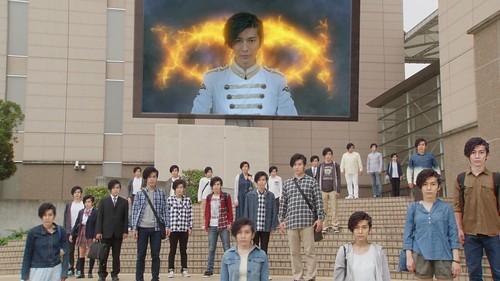 Episode 46: Duel! Words From the Swordsman!

Everyone vows to do what they can while Takeru has vanished. Meanwhile, the Ganmaizers have begun to gain sentience and want to evolve. They order the Makoto doppelgänger to study how humans convert feelings into power because Takeru is the key to everything. As Takeru struggles with his power to feel the emotions of the people, he finds himself in a duel with Musashi, as Adel begins to merge with humanity… 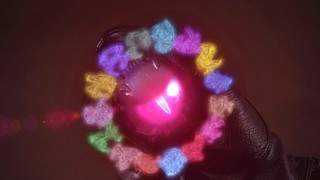 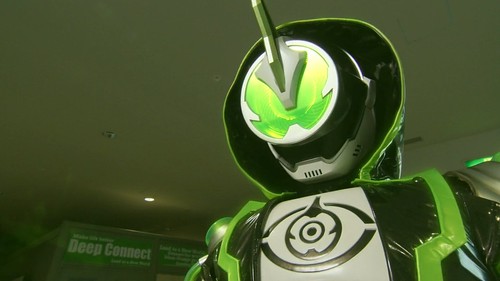 Adel has connected to the Demia network and taken control of everyone with the intent of becoming a new world himself. In order to stop this, Takeru, Makoto, and Alain transform and face all the revived Ganmaizers. In that moment, Takeru taps into Adel’s childhood memories. What he sees surprises him… 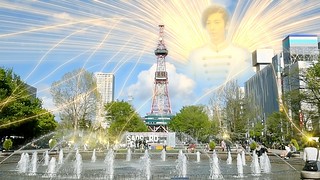