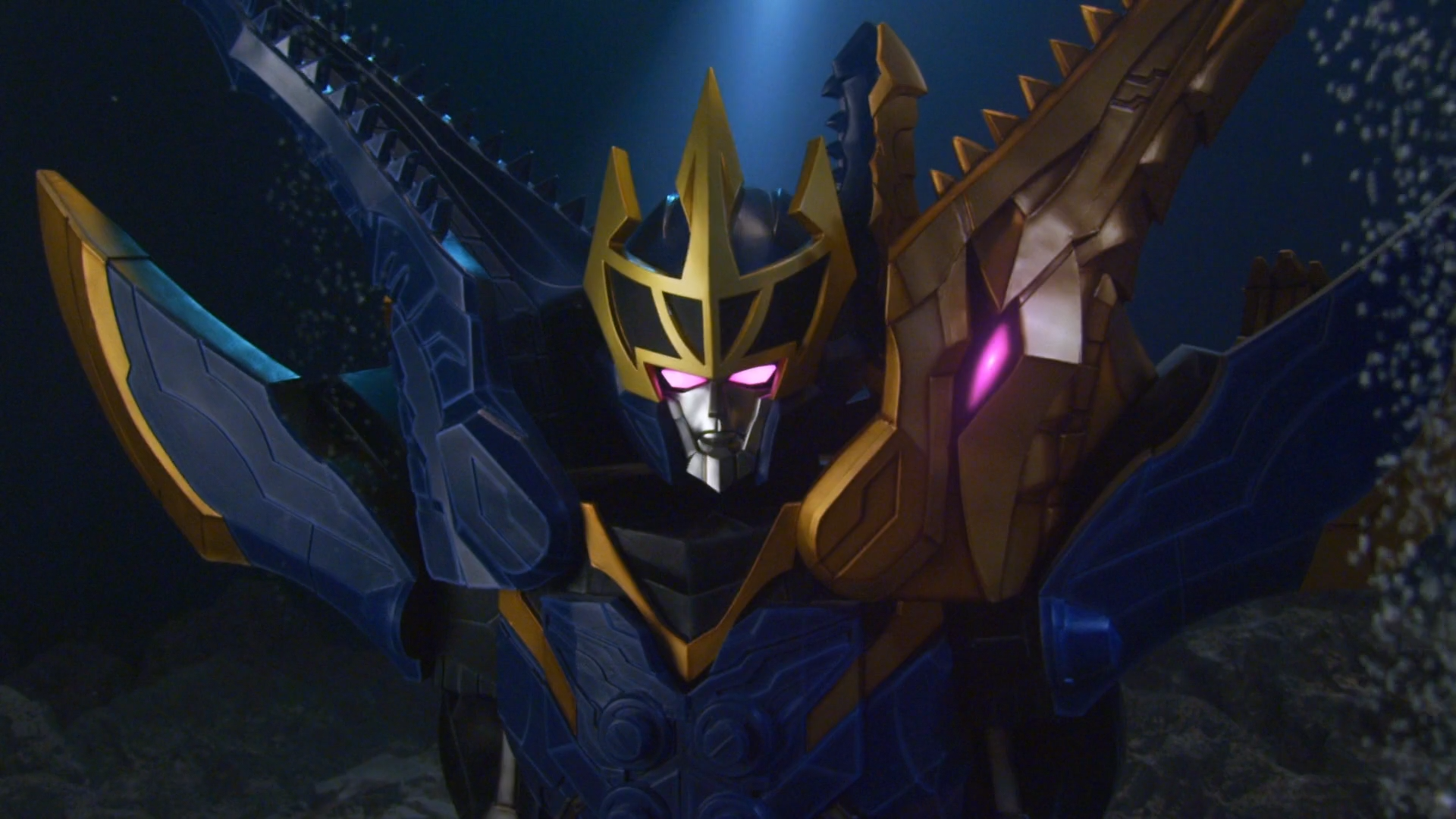 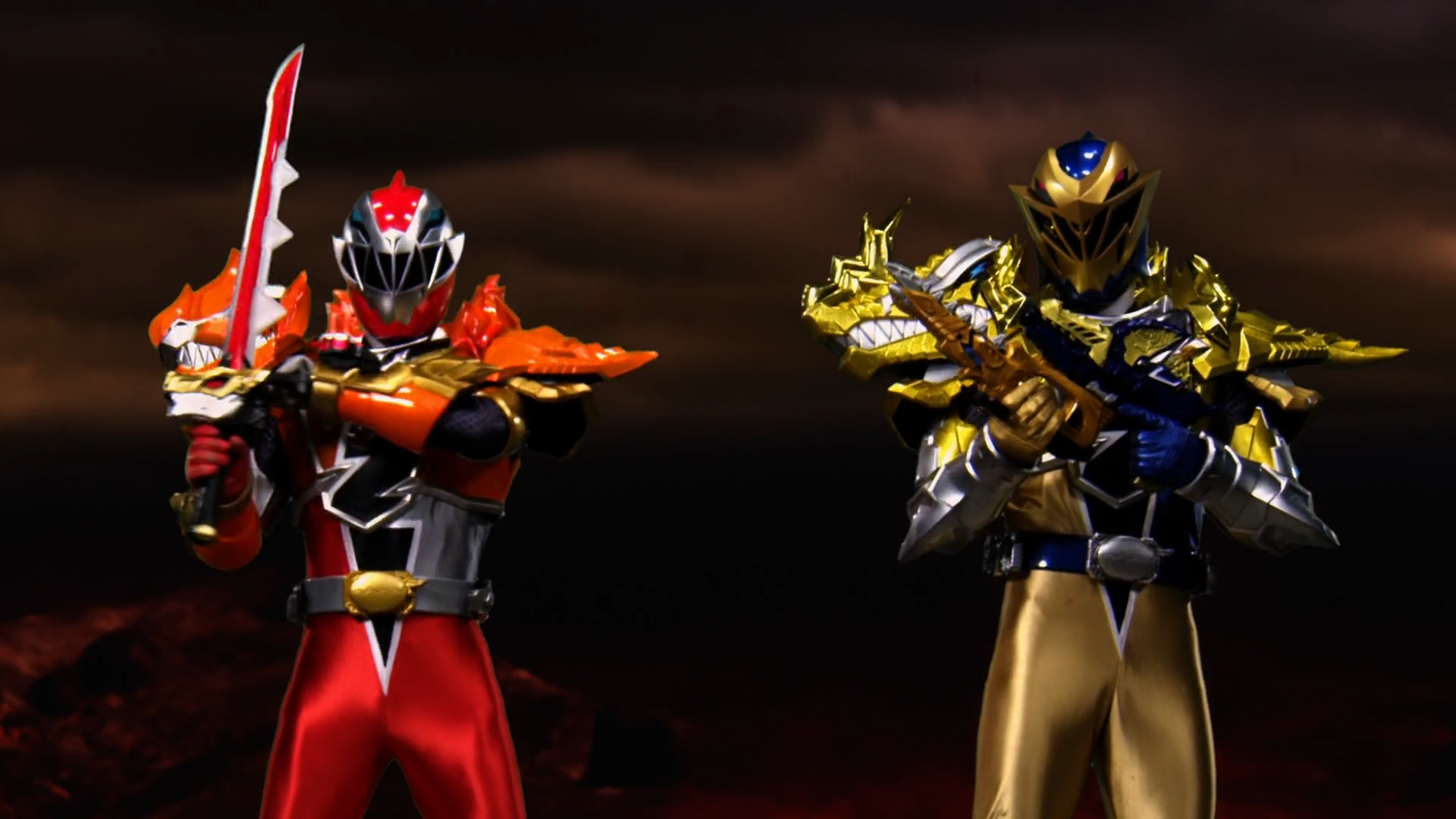 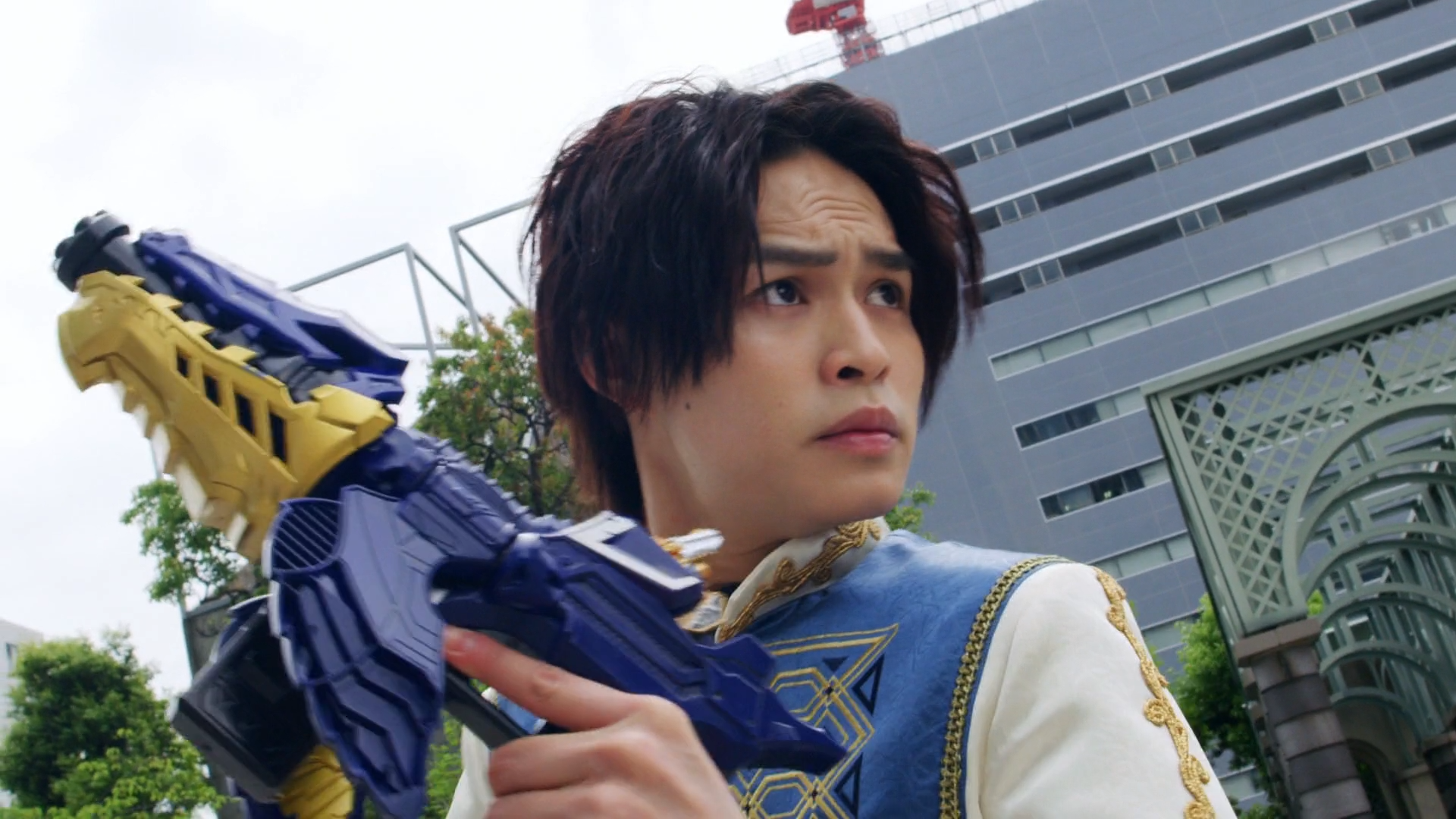 Episode 15: The King Of The Deep

Canalo’s little sister Oto suddenly appears on the surface after hearing that Canalo is searching for a bride on land. Canalo tries to return her to the sea, as he is concerned with the fact that she has never been on land before. Canalo and Koh both rush to the city after a Minusaur starts to attack, but the Minusaur’s magnet-like powers cause the Ryusoulgers to separate amongst themselves. Just then, Kreon suddenly appears before Red and Gold and takes Oto as a hostage, demanding that if they want her set free, then Canalo must attack the Ryusoulgers! 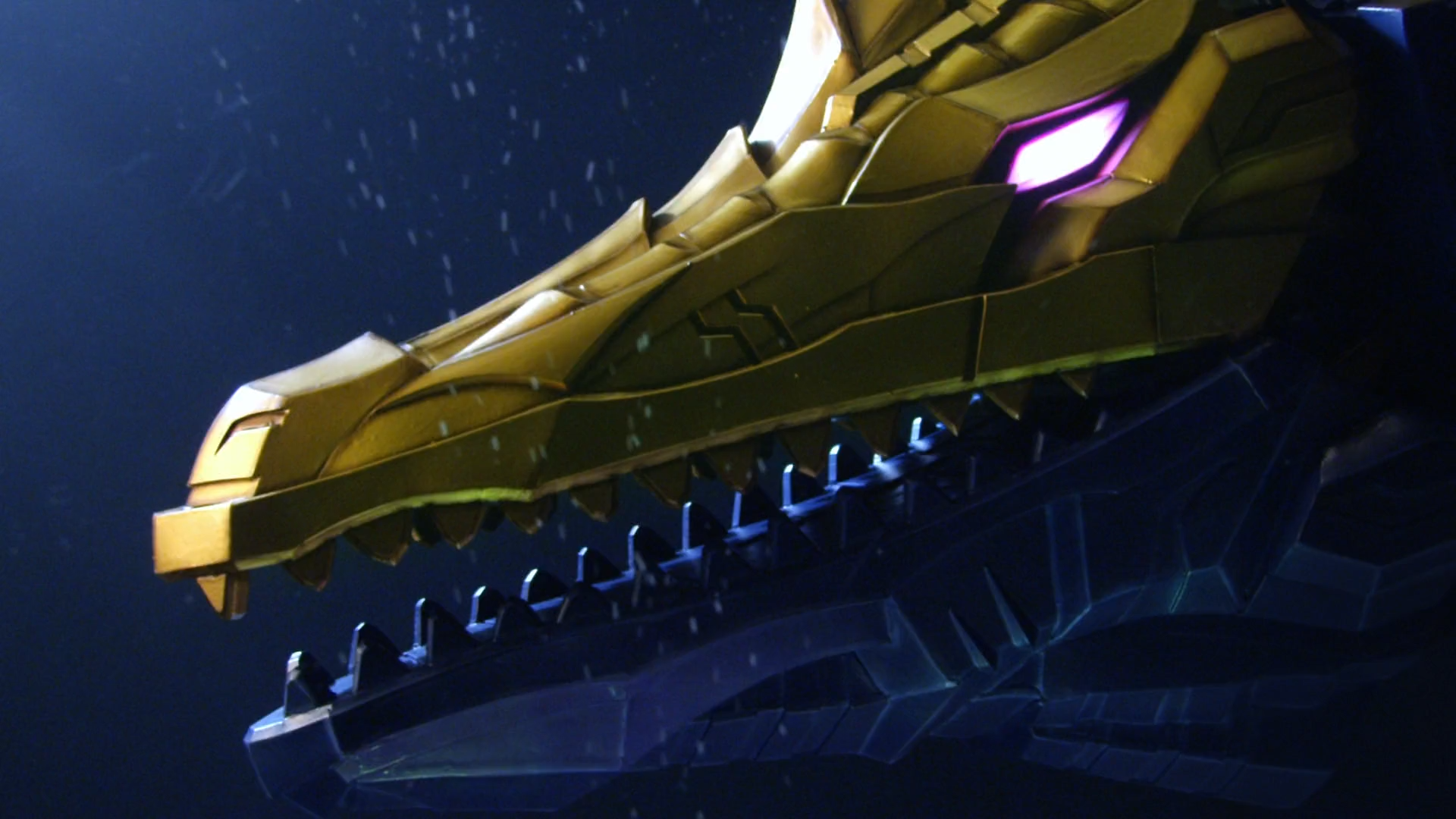 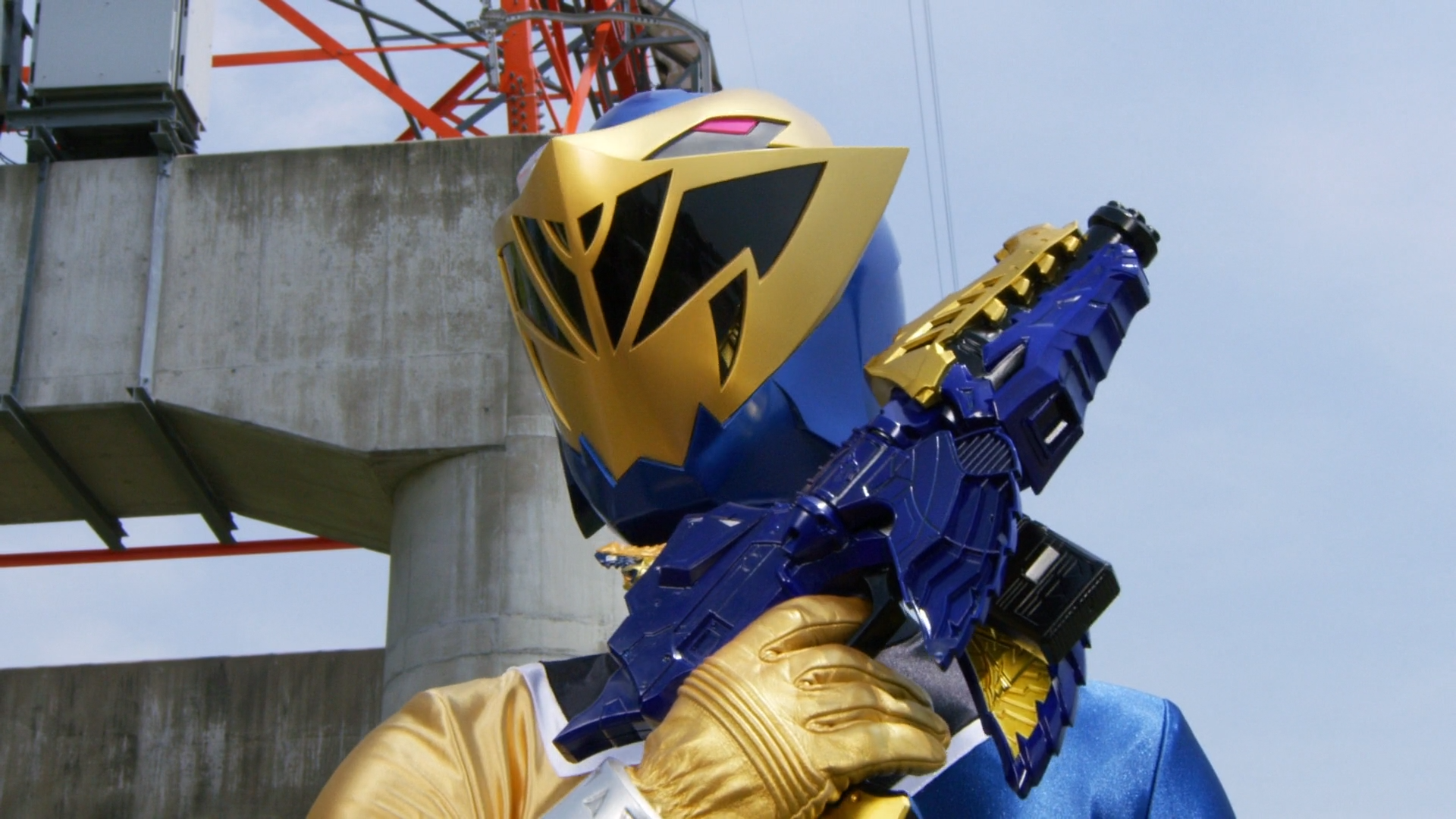 There’s a new golden, shining Ryusoulger fighting the Druidons while seeking a bride! Koh goes to him to ask him to join with them to increase their strength, but the knight, Canalo, refuses to cooperate with them. Meanwhile, a new Minusaur with the ability to manipulate water starts rampaging in the city. The Ryusoulgers are struggling to keep up after their Ryusouls and the Burning Soul fail to do anything. However, Canalo discovers that the Minusaur was born from the boyfriend of the woman he’s fallen for! 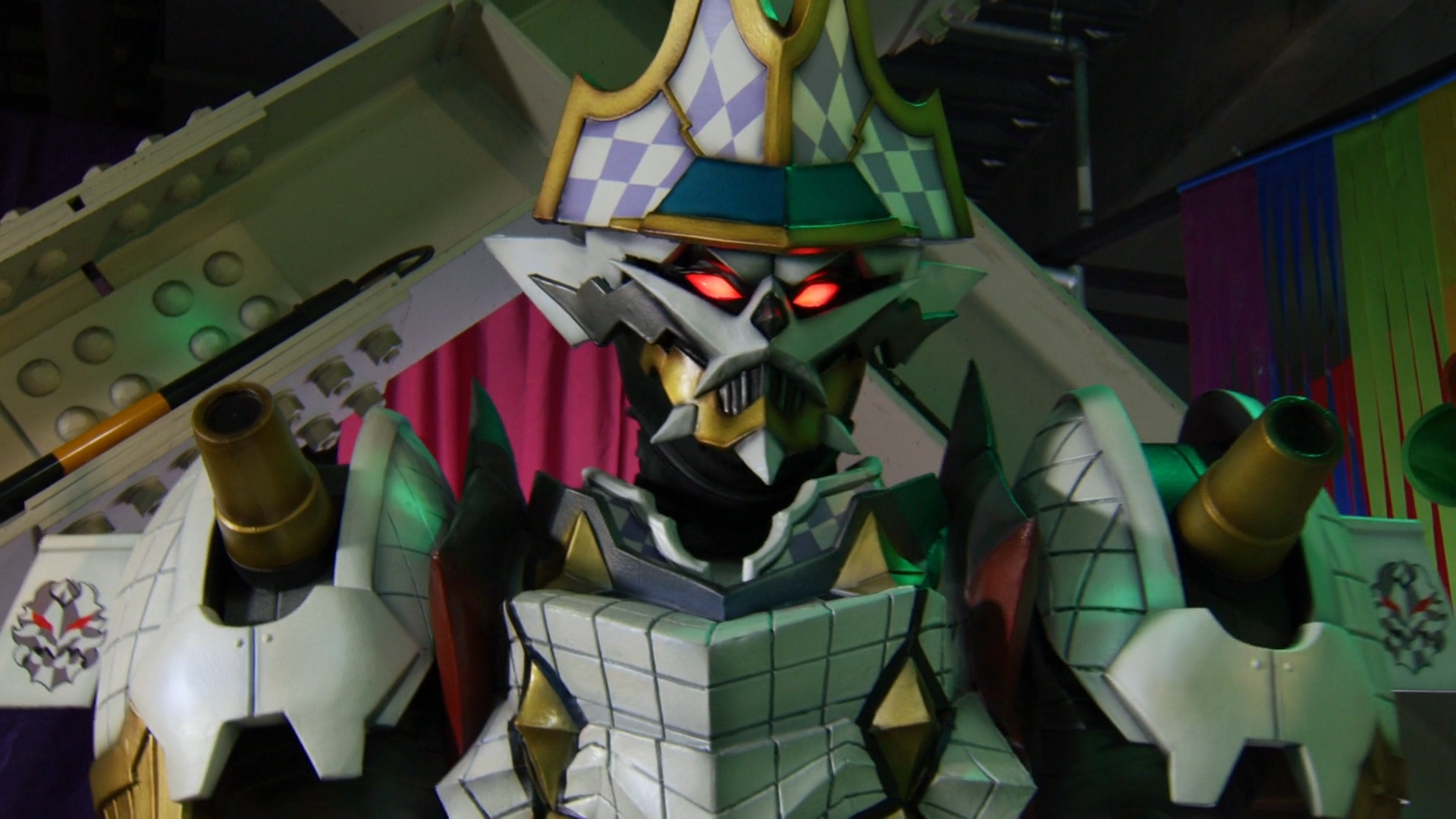 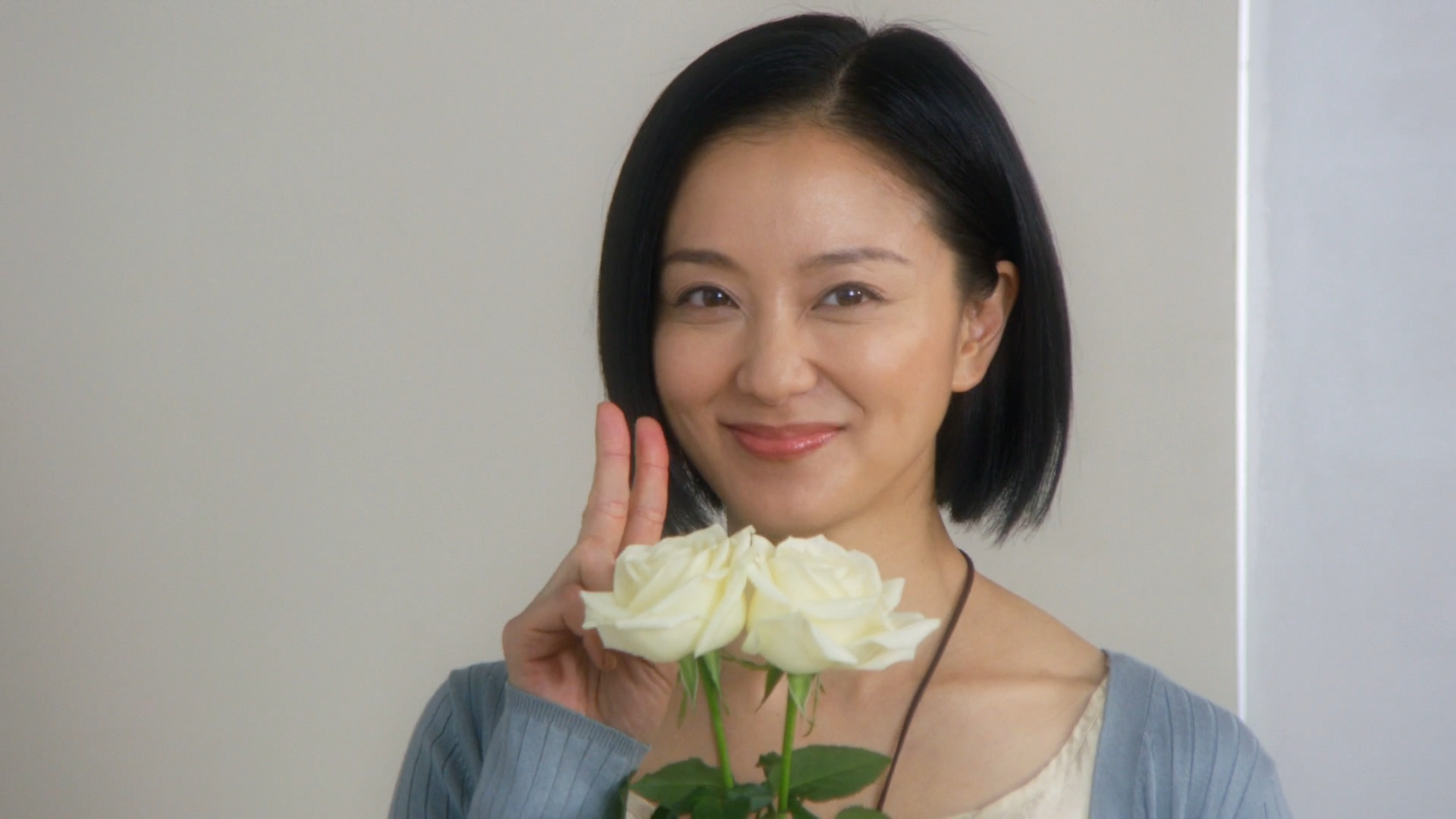 Episode 13: The Prime Minister Is From The Ryusoul Tribe?!

Japan’s first female Prime Minister is hospitalized, and the Ryusoulgers learn of an interesting mystery surrounding her past. Towa and Banba sneak into the hospital where they meet her and confirm their suspicions: she’s part of the Ryusoul Tribe and is over 300 years old! But what they learn next is even more shocking. Not only is she the source of the latest Minusaur, but she wants it to fully mature… so that she can die! 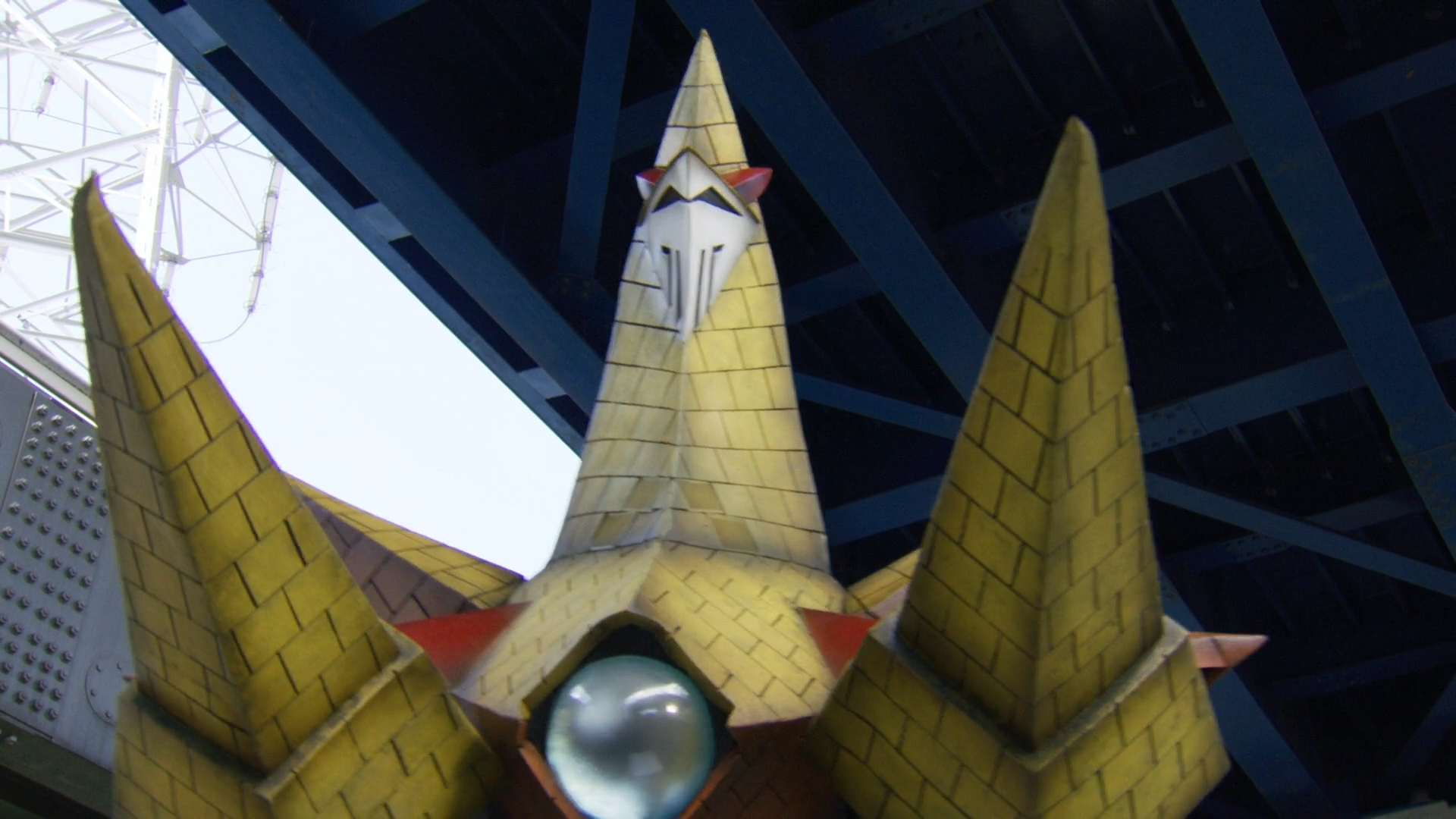 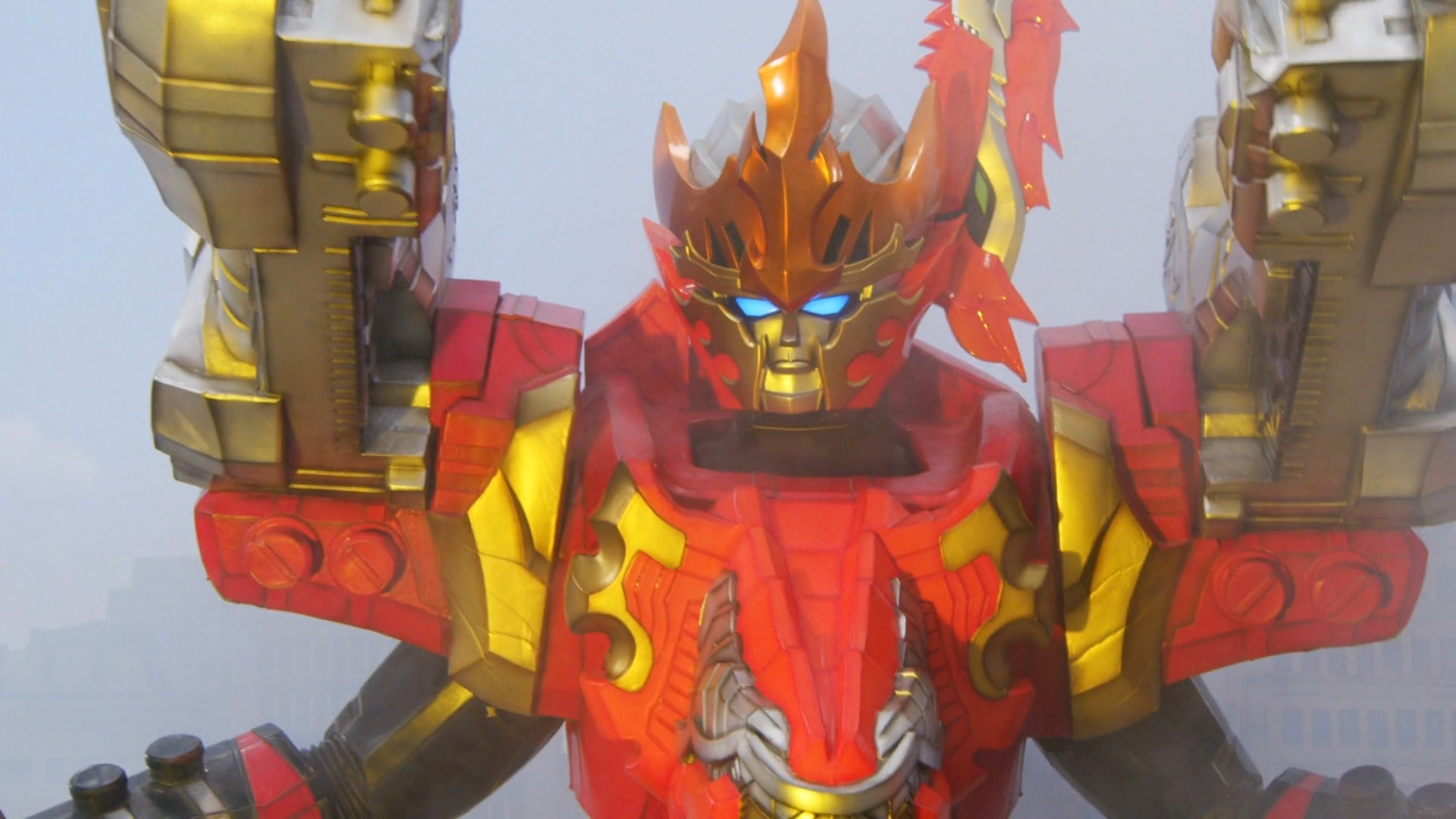 With Dimevolcano having joined the team, Tyramigo seems upset at the attention the new Dinoknight is getting. Meanwhile, Wyzul and Kreon target a firefighter cadet who really dreams of being a film director and uses these traits to lay a trap for Dimevolcano so that they might steal him back from the Ryusoulgers! But will Tyramigo cooperate when he’s needed most? 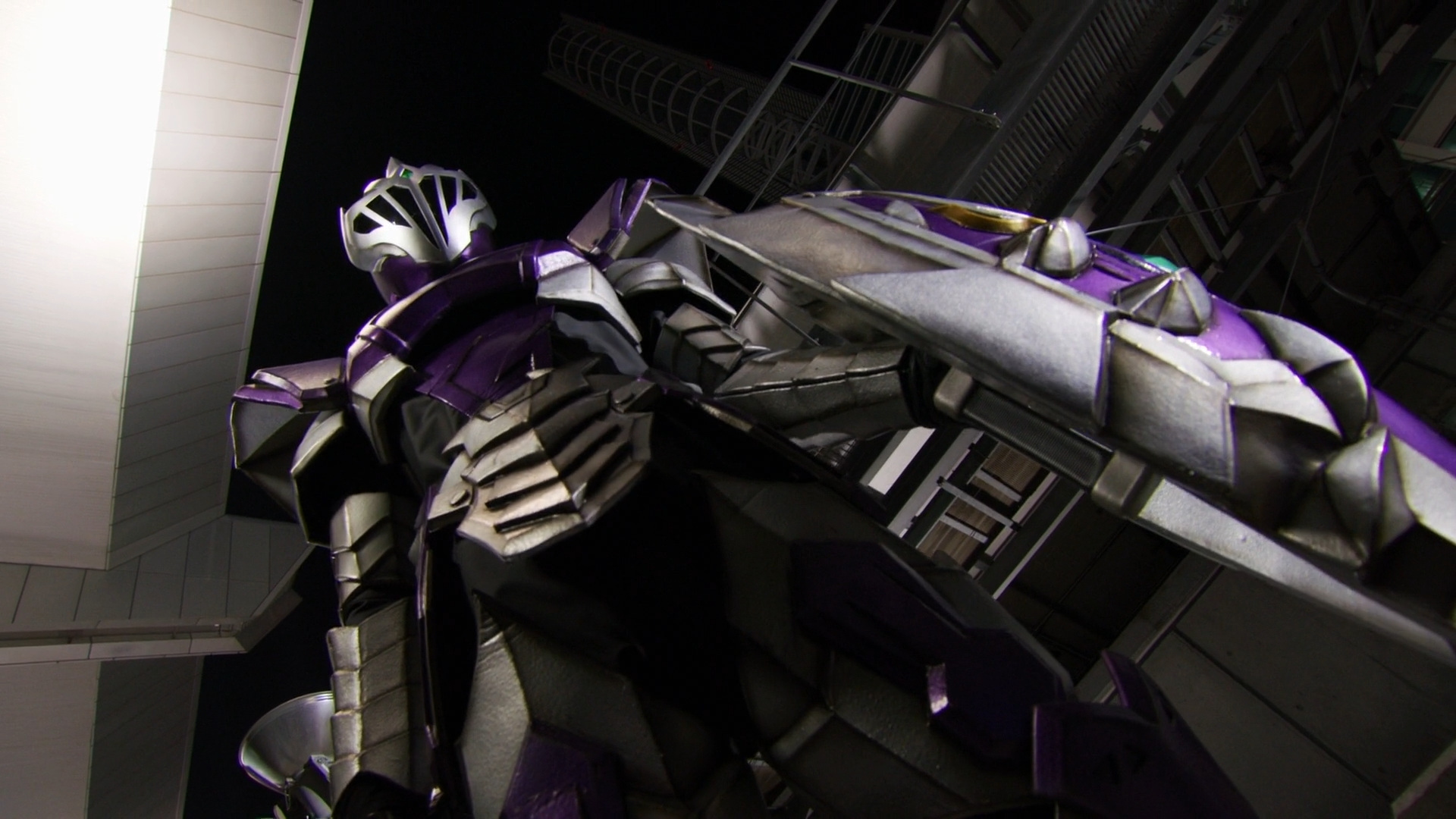 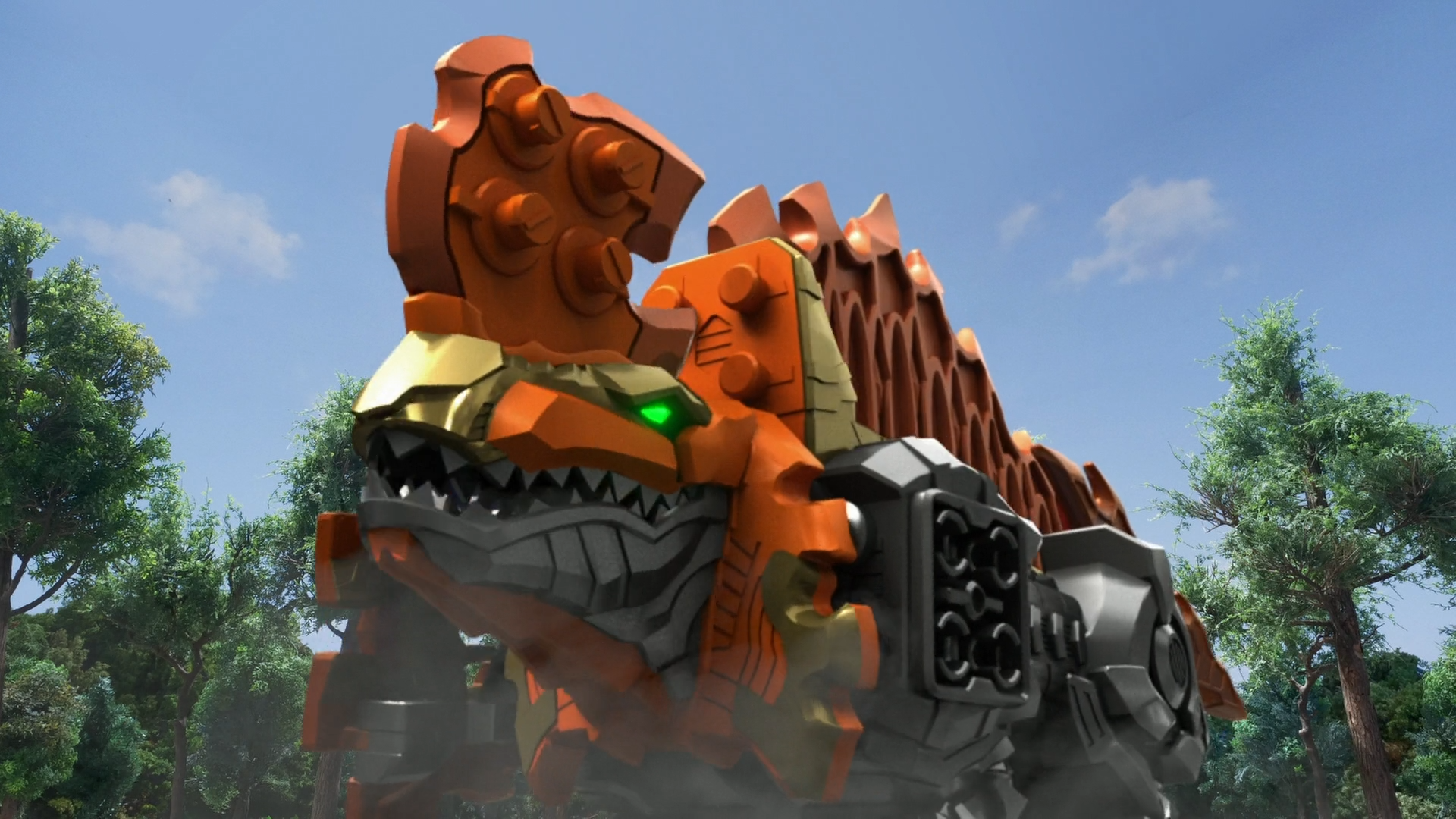 The Ryusoulgers learn of another Dinoknight that was sealed away long ago and seek it out to bolster their power. However, the Druidons are also seeking out the powerful Dimevolcano, who will only lend his power to one who can solve his riddles. If they fail, they are burned to a crisp! But Dimevolcano holds a secret, so Koh tracks the powerful Dinoknight to discover what it is… 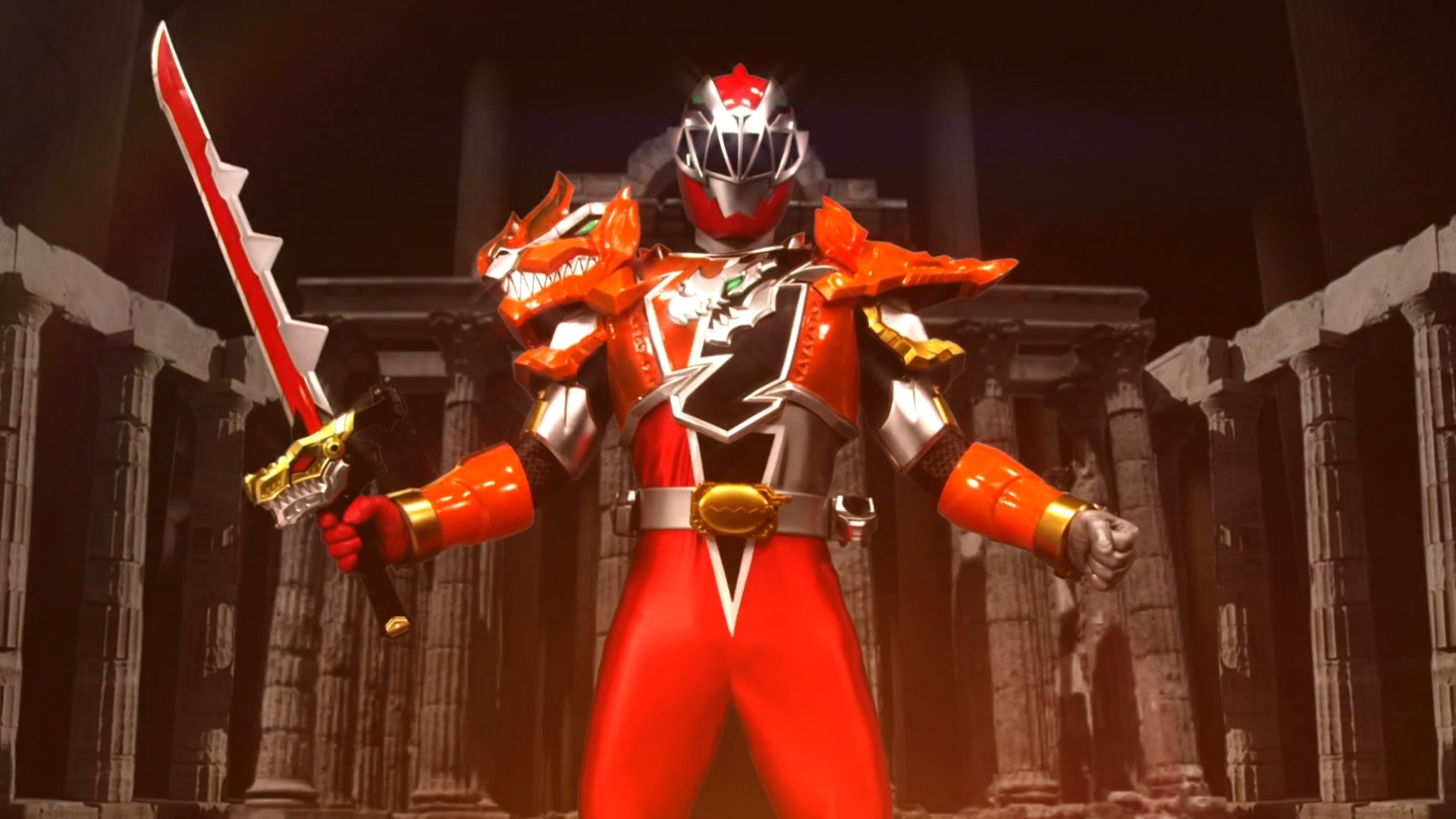 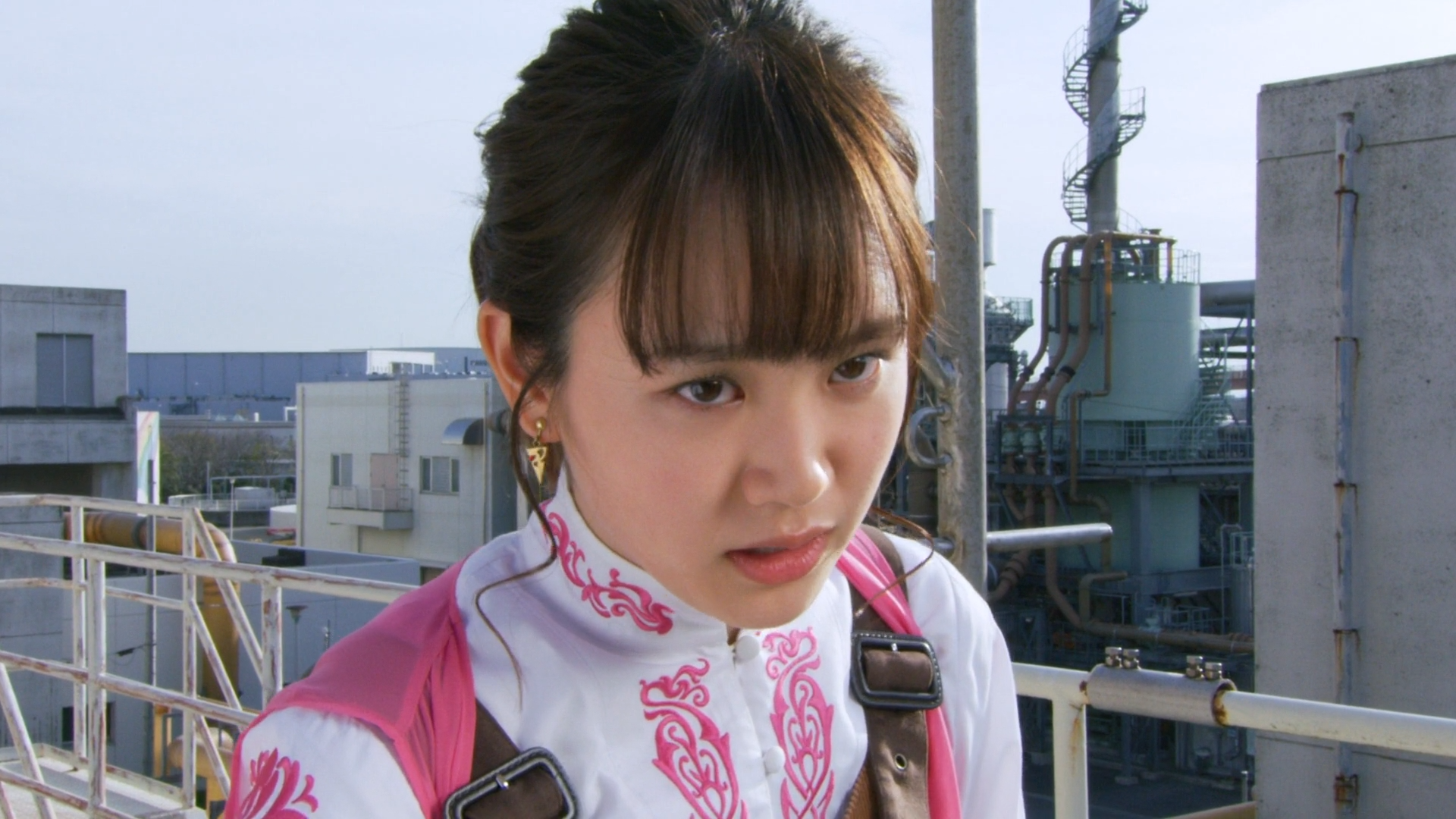 Asuna meets a boxer named Mori who chases off some thugs that were harassing her. But Kreon was also watching and uses Mori to create a powerful Minusaur that absorbs attacks and sends them back with twice the power! Wanting to help Mori, Asuna reaches out to him to learn why he gave up on his boxing in the hopes of also discovering the Minusaur’s weakness, but can she help Mori and her team at the same time? 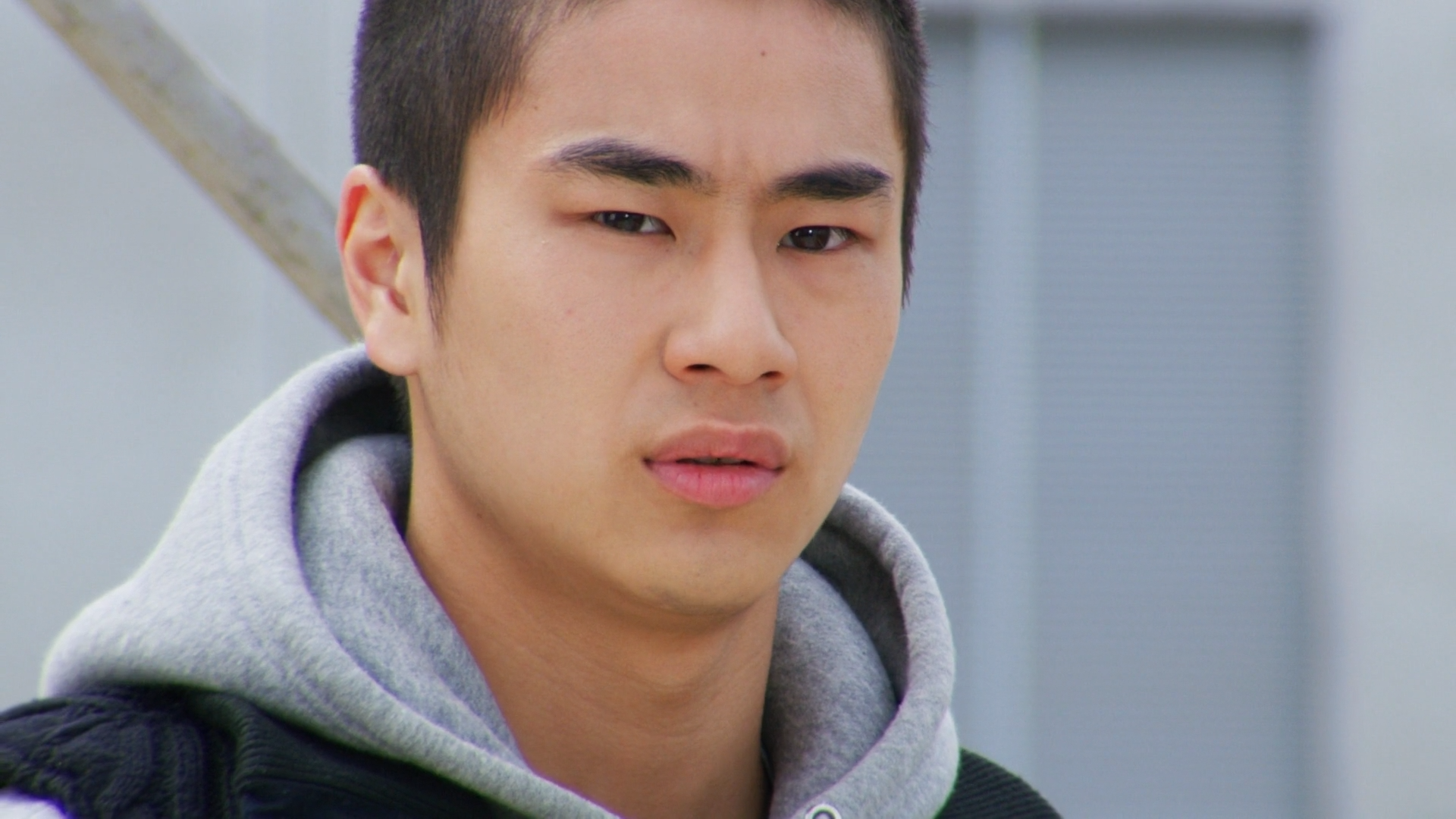 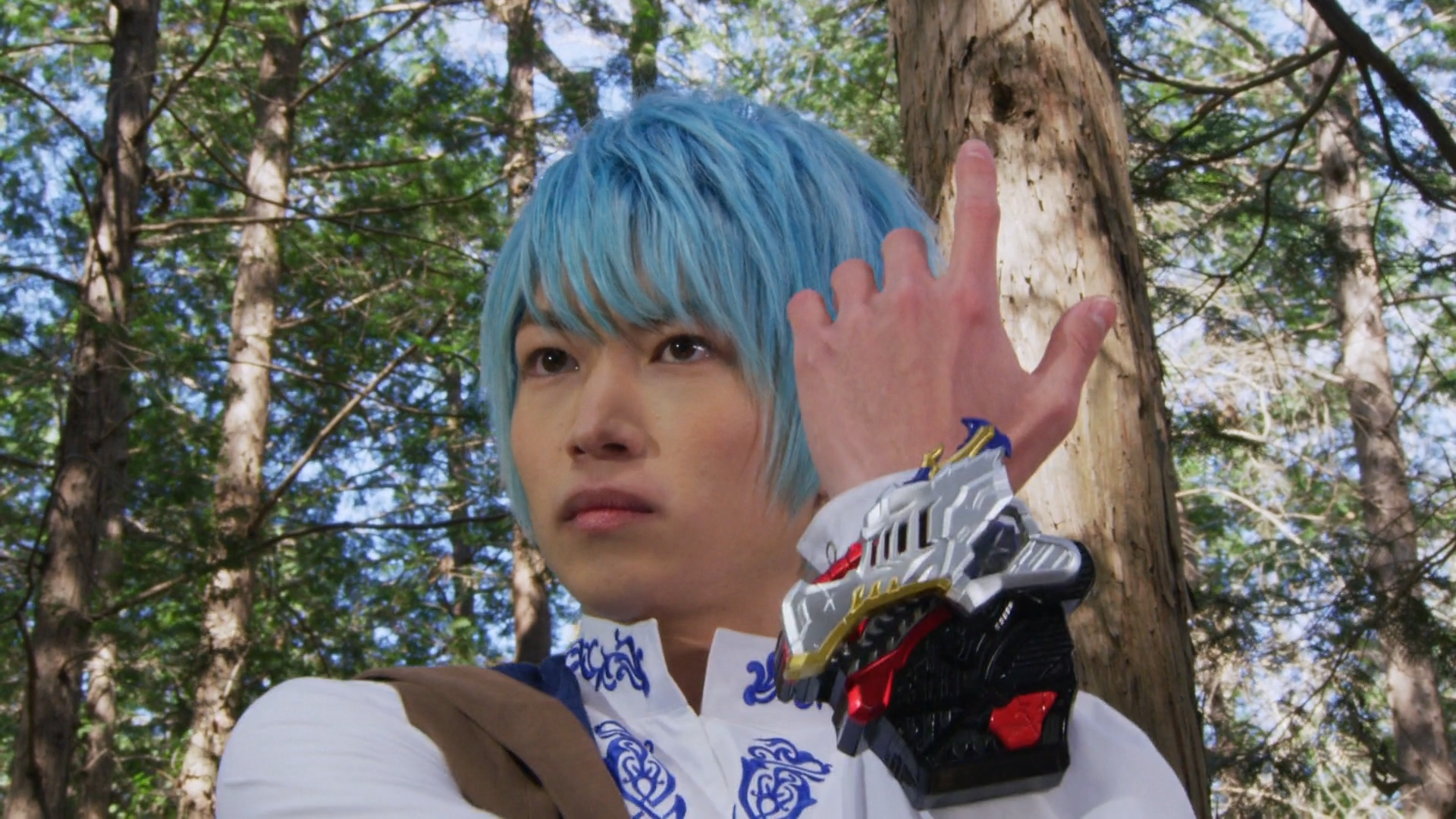 Koh, Melto, and Asuna continue to train for new battle formations, but Melto is constantly overthinking the actions. When Naohisa suggests they take a break and visit a treasure hunt event, they take his advice, bringing Towa along as well. But the event is a trap, sealing the four Ryusoulgers in another world where your desires become real, but Melto catches on to the trap, searching for a way out, while Bamba tracks the source of the Minusaur. 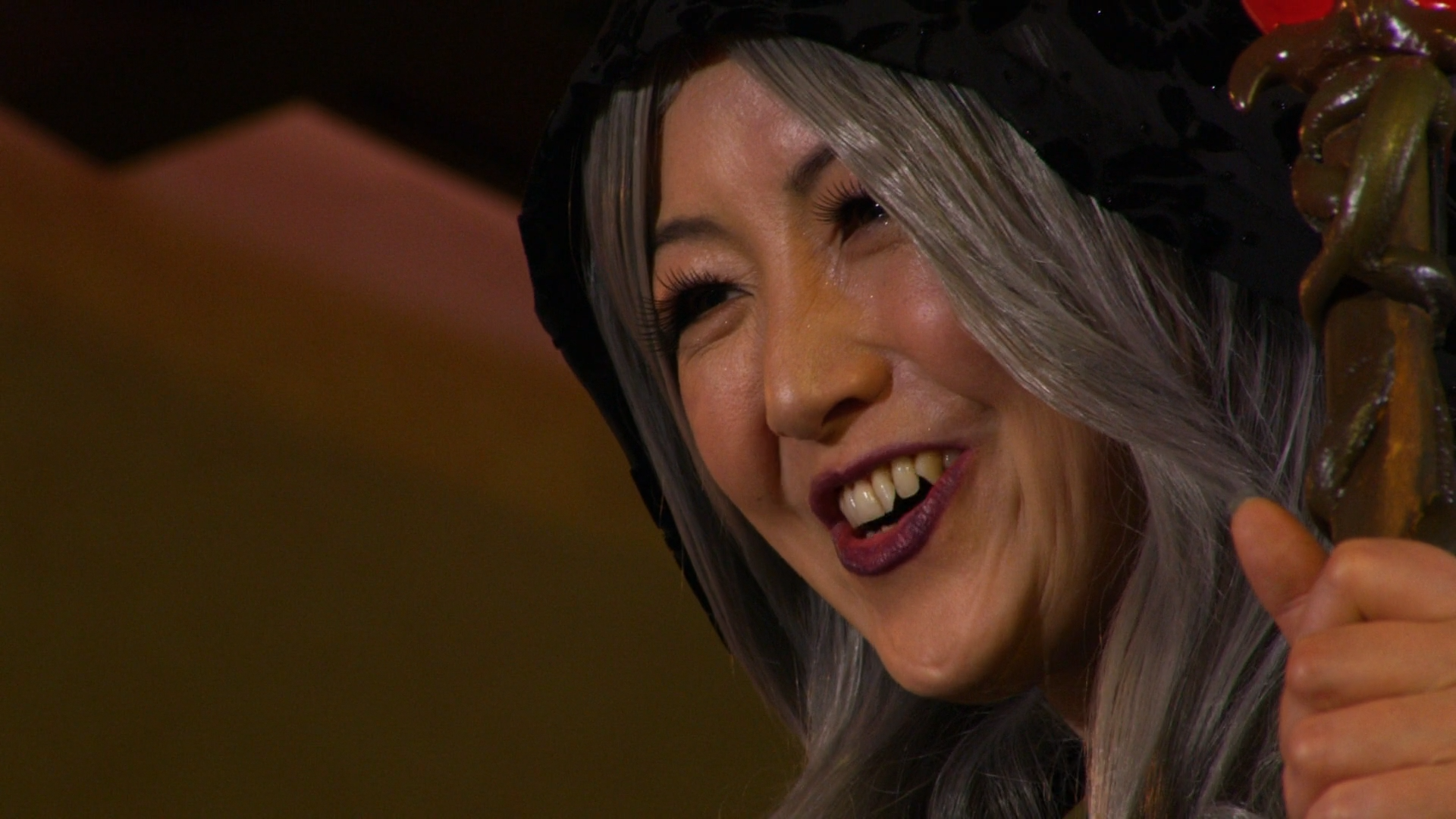 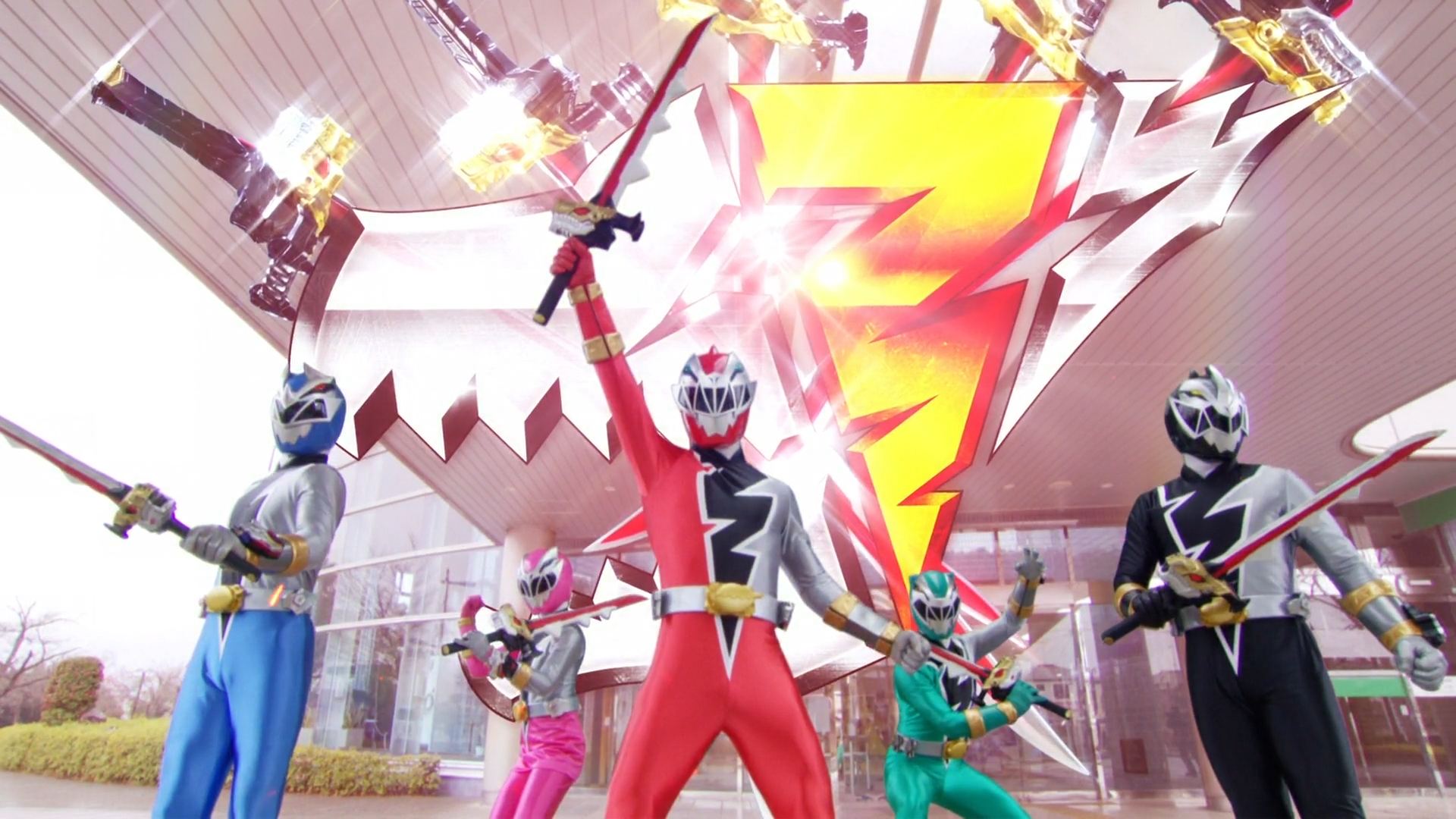 Having rescued Fita, the princesses of Cepeus are reunited, but Melto and Bamba aren’t so sure things are as they seem. Fita tells the Ryusoulgers of an energy source she hid that will power up their Dinoknights, so Koh and the others help search for where she left it. But Wyzul is hot on their tails, while Cardena begins to act strangely… 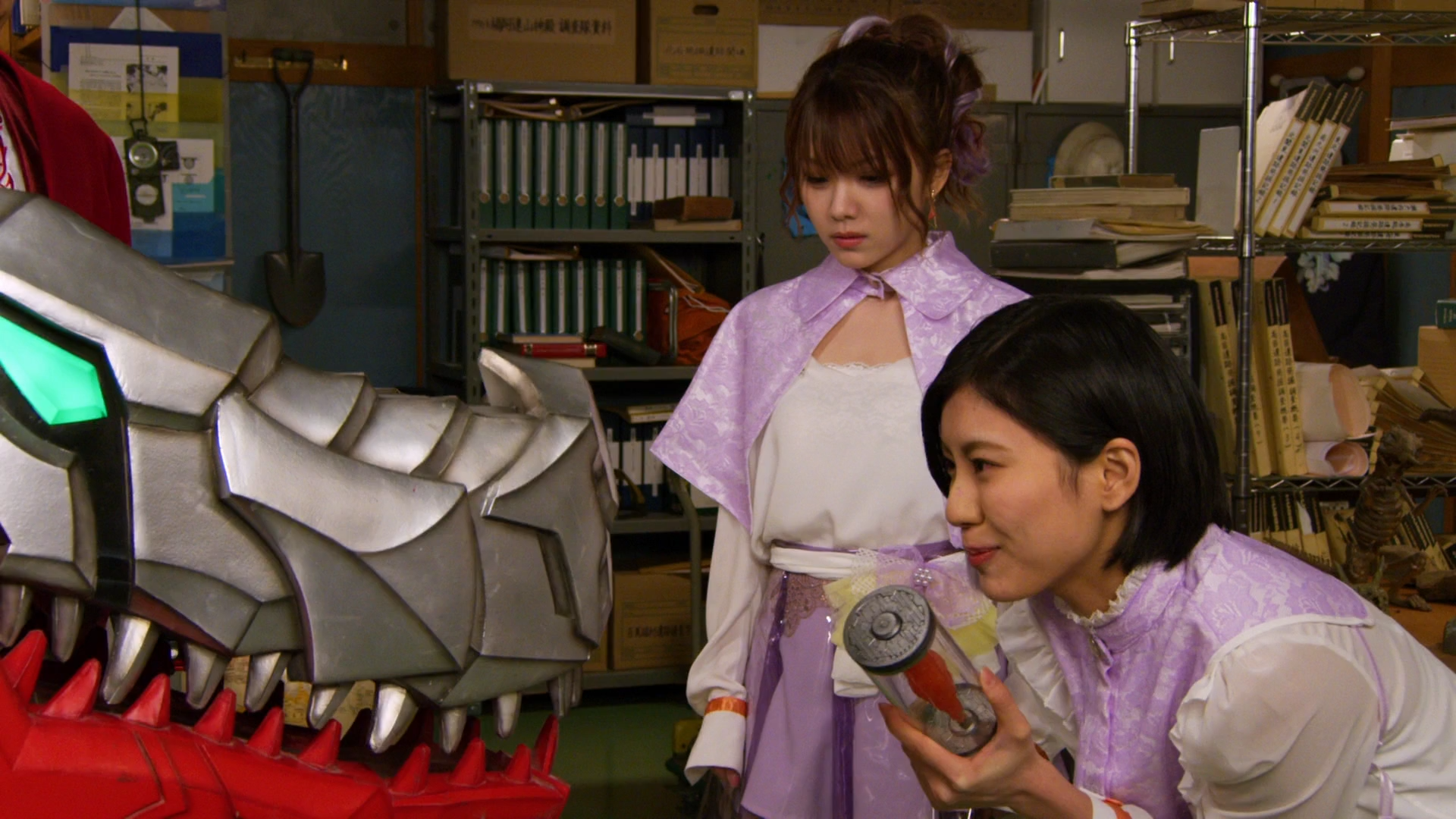