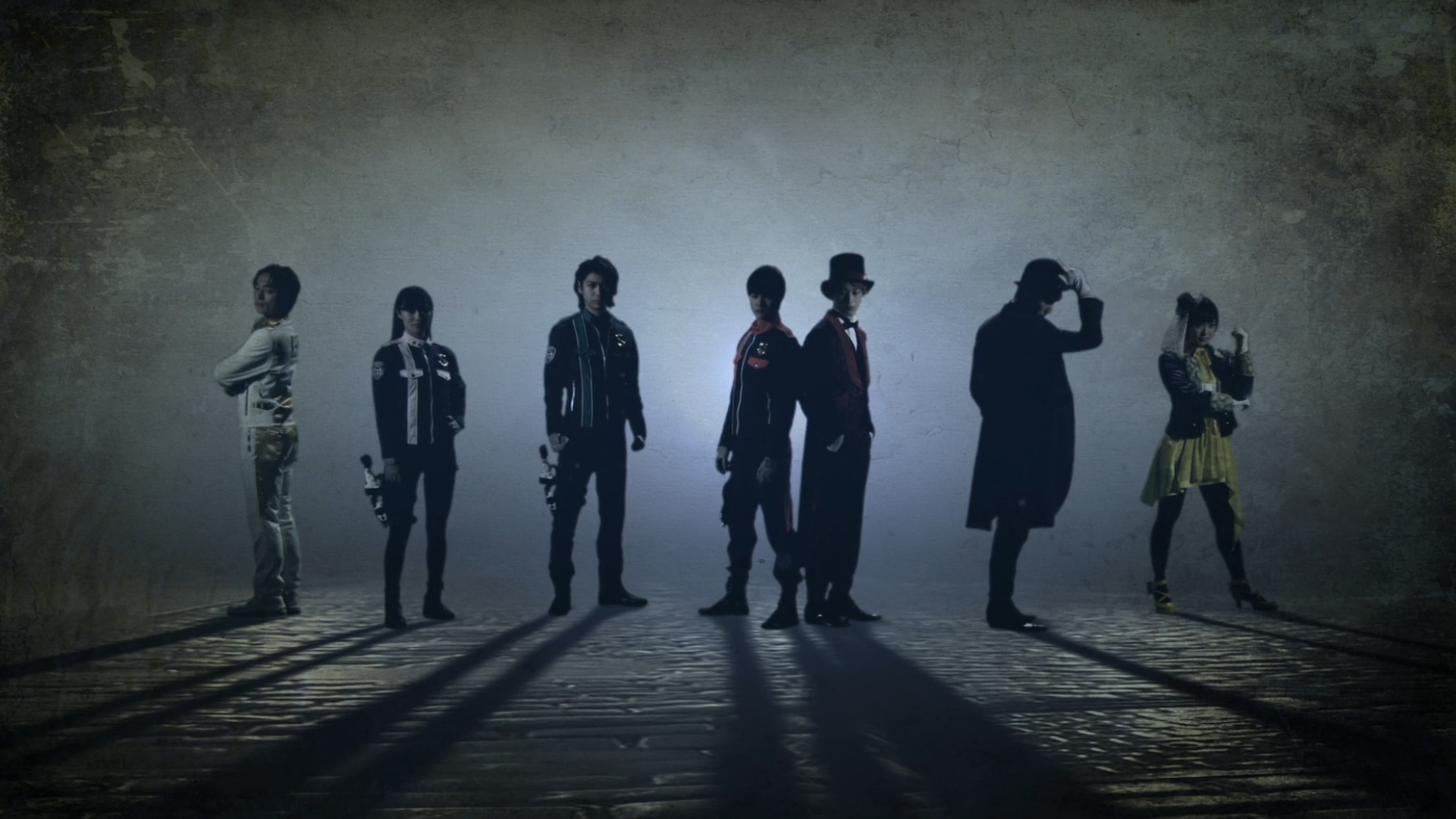 The dials have been spun and the triggers pulled as we come to the end of another Super Sentai for the second time in a month! As always, the usual shoutouts are in order to Over-Time for the subs and to Howling_Snail for the BD sources!

For a franchise that seems to be throwing just about anything they can at the wall to see what sticks, doing two opposing teams like this was an interesting experiment. Whether or not it was a success is another story, but I will say it defied my expectations by never actually integrating the teams to the very end.

This will probably be just about the end of our involvement with LuPat, although I do have the BD for the movie, and there is a Kyuranger teamup coming out in the future, so should a need/opportunity arise to do my own versions, I’ll do them.

Batch-wise, I’ll be addressing this when I return from Anime Expo and will likely release it alongside the Kyoryuger batch. Like that batch, I have some extras that need to be encoded, so it won’t be immediately after I return. There will be a few v2s but I don’t believe there was anything too major.

Predictably, the wrap up has to end with what’s next and while the next catalog Sentai release was detailed in the Kyoryuger wrap up (Akibaranger Season 2 if you missed it), for the quarterly releases, it’s usually a bit more predictable, which is why it should come as no surprise that we’ll be right back here in a couple of weeks to release the Super Sentai Strongest Battle miniseries!

…OK, so you may not have expected that, but as the BD will be out on July 10th, we’ll be giving that a release, so look for that in mid-July! 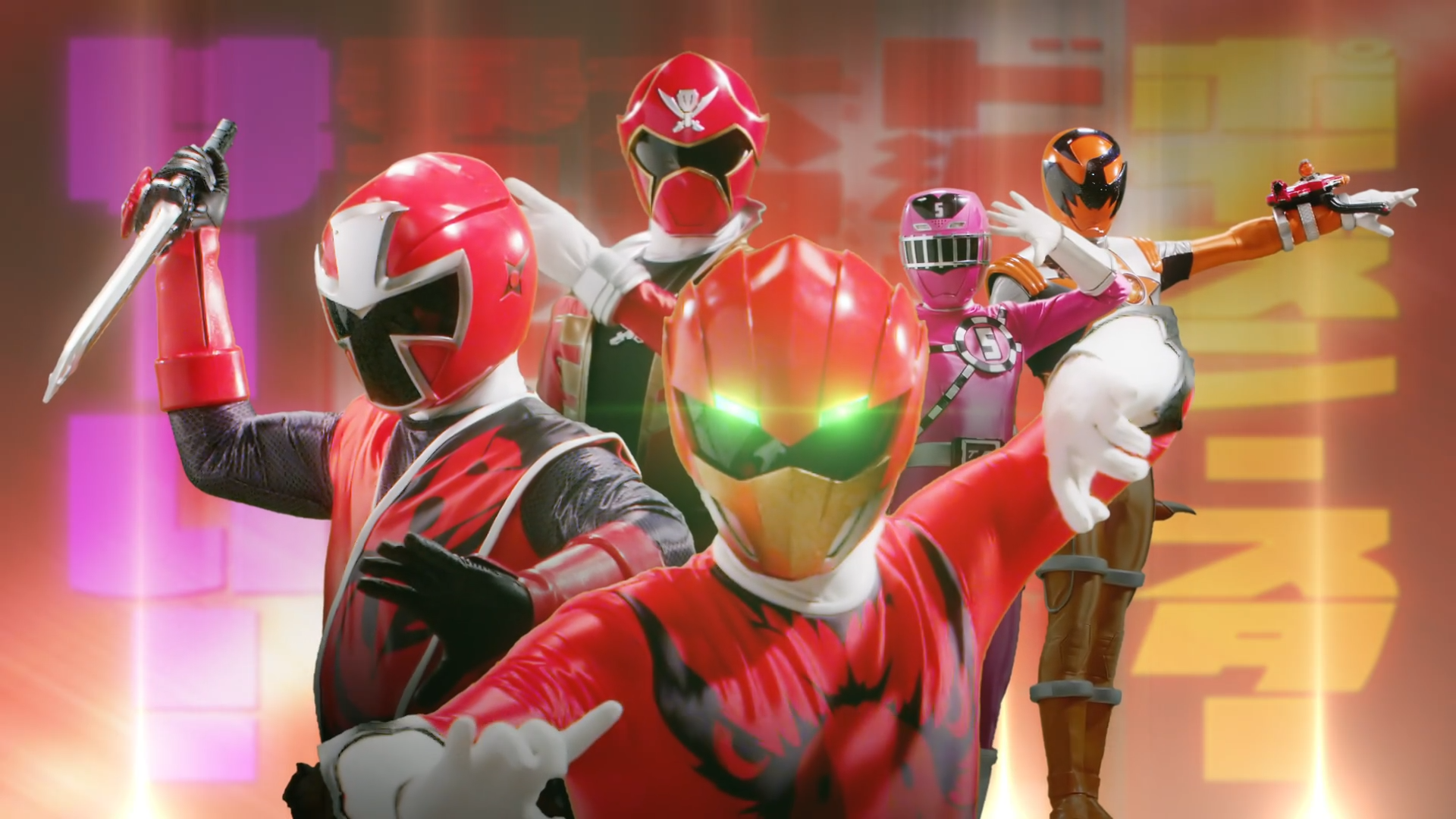 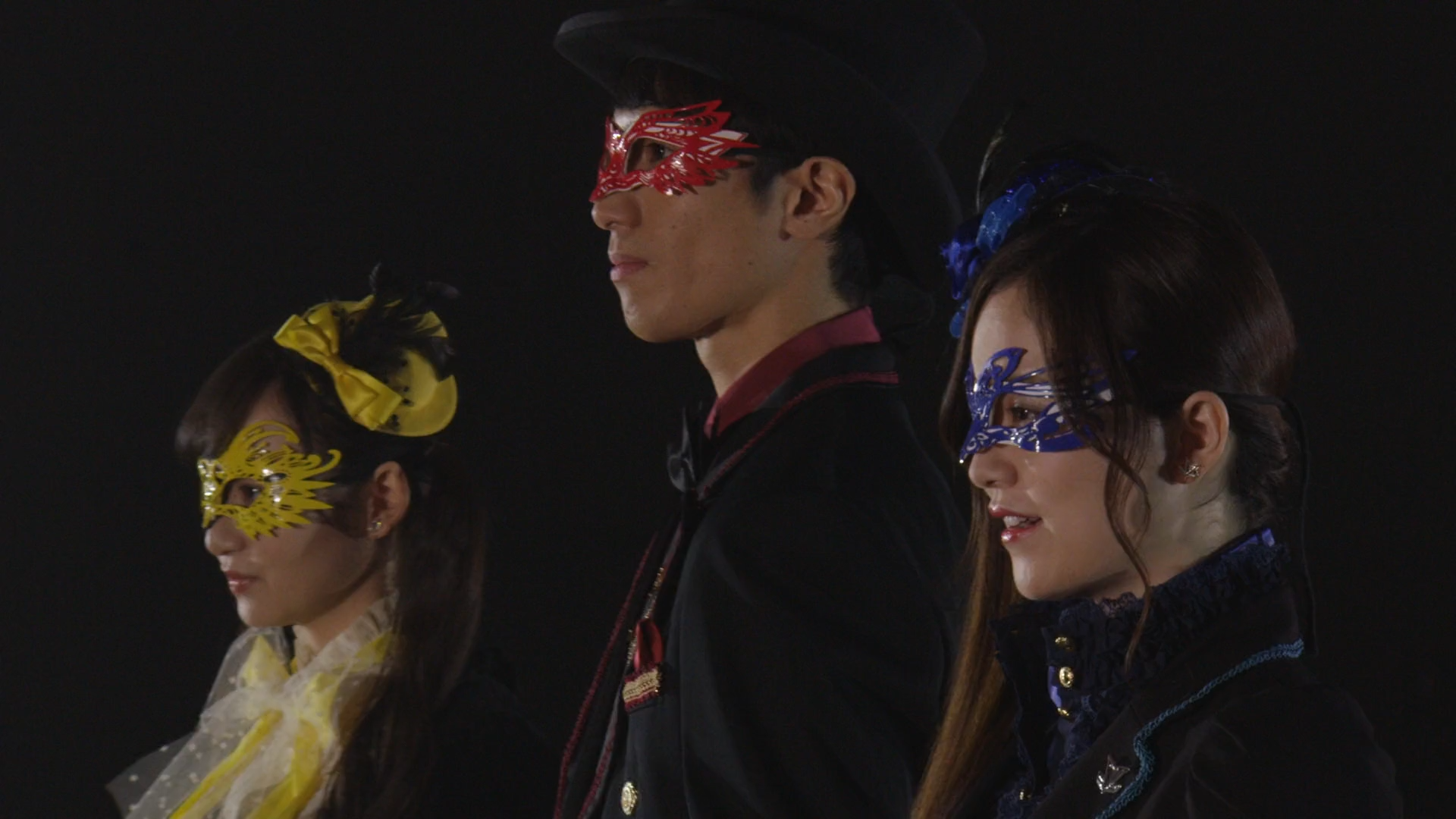 Final Episode: We Will Meet Again

The Lupinrangers have finally managed to defeat their greatest enemy, Zamigo, meaning all of the frozen victims are liberated from their ice prisons! Among them, are the Lupinranger’s loved ones. Although the Lupinrangers are celebrating fulfilling their wish, they remain trapped inside of Dogranio’s safe, sealed off by an indestructible chain! The Patrangers confront Dogranio with an overwhelming show of force, however… 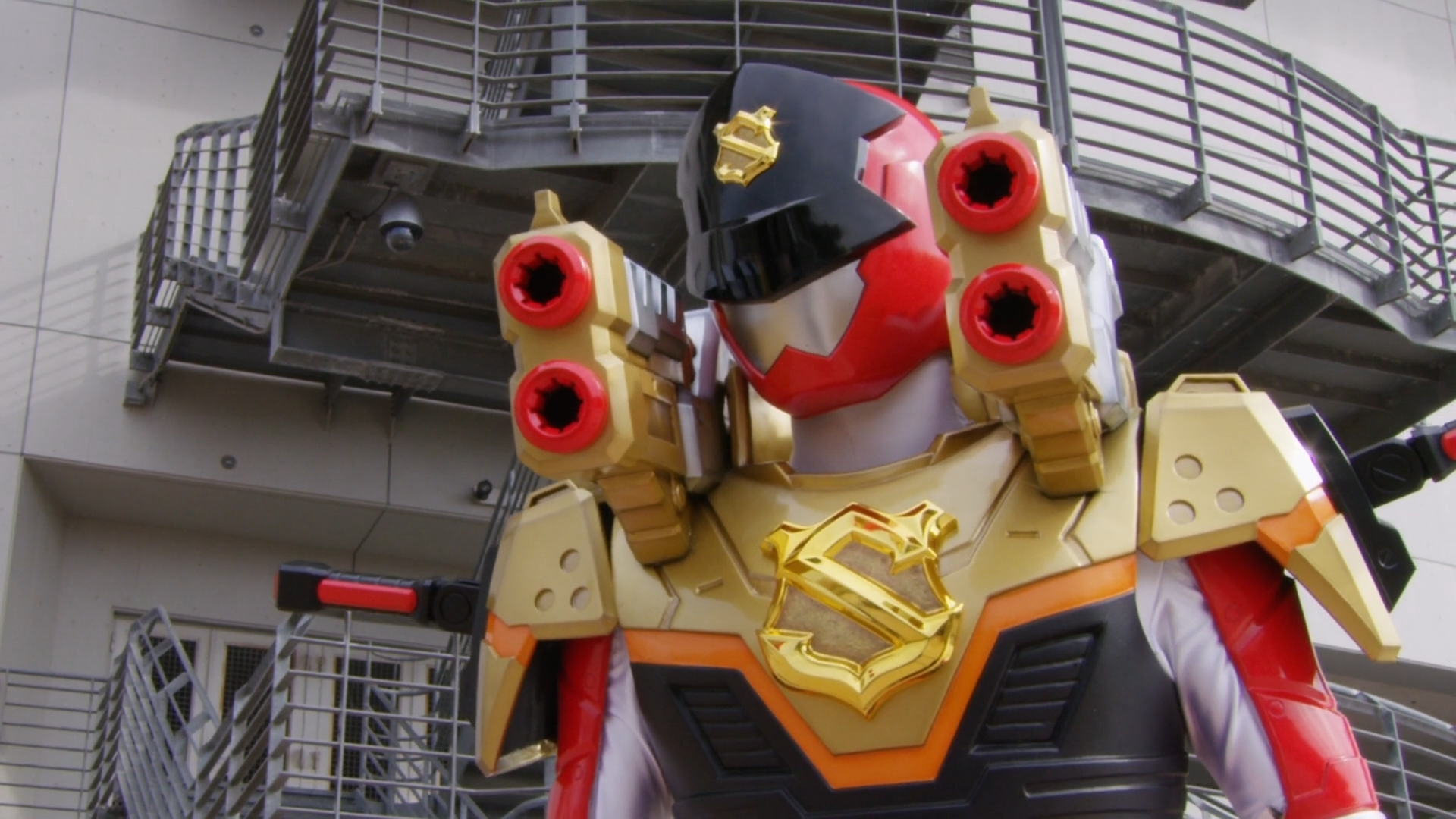 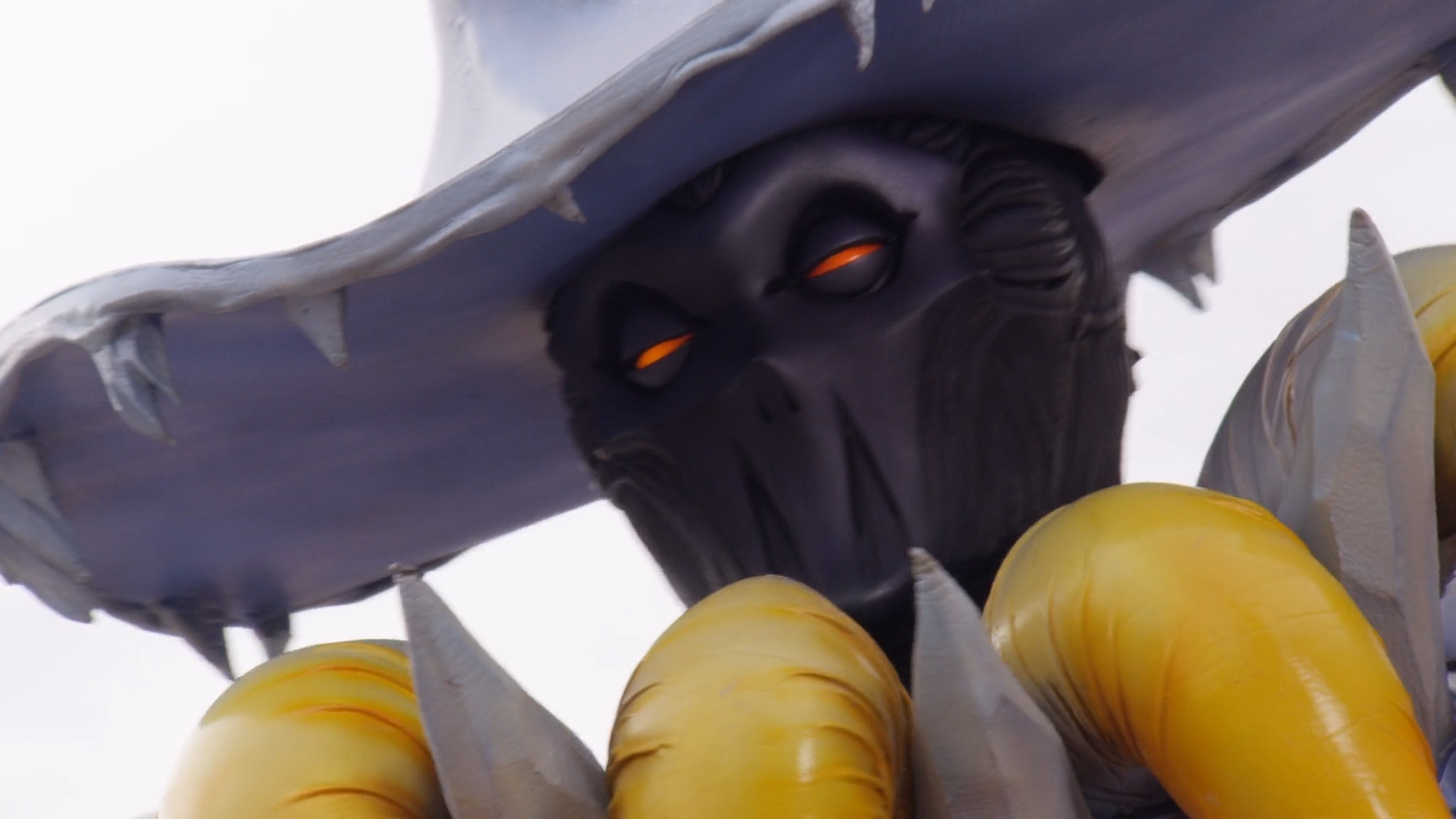 It’s a death match between Lupin Red and Zamigo! Thanks to the power of Zamigo’s Collection Piece, Lupin Red’s offensive attacks aren’t hitting their marks forcing him into a dangerous corner! Meanwhile, Siren Pat Kaiser is busy taking on the army of giant Pordermen in the city! Meanwhile, over in the hospital, both Touma and Umika’s eyes start to open once again! 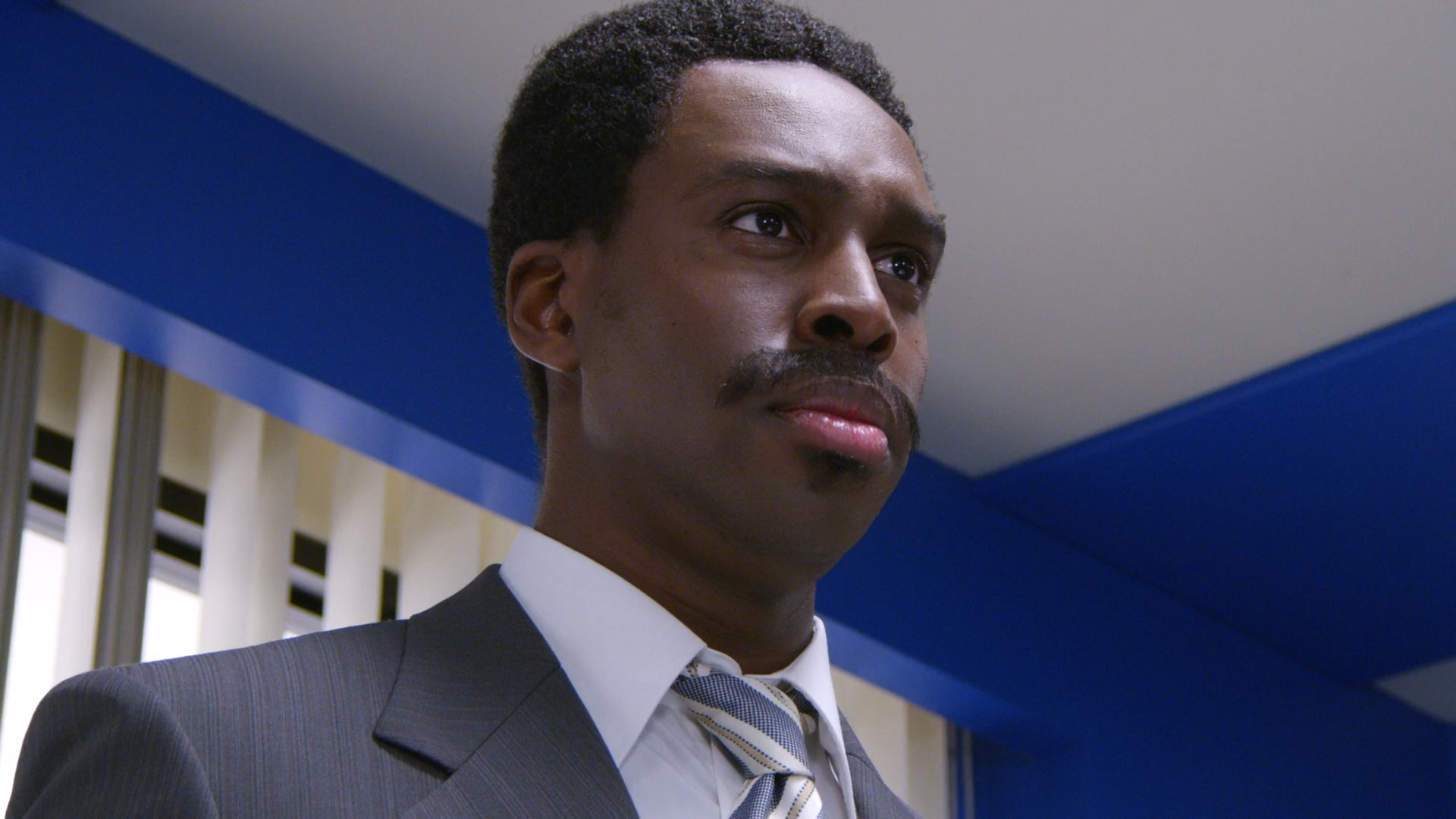 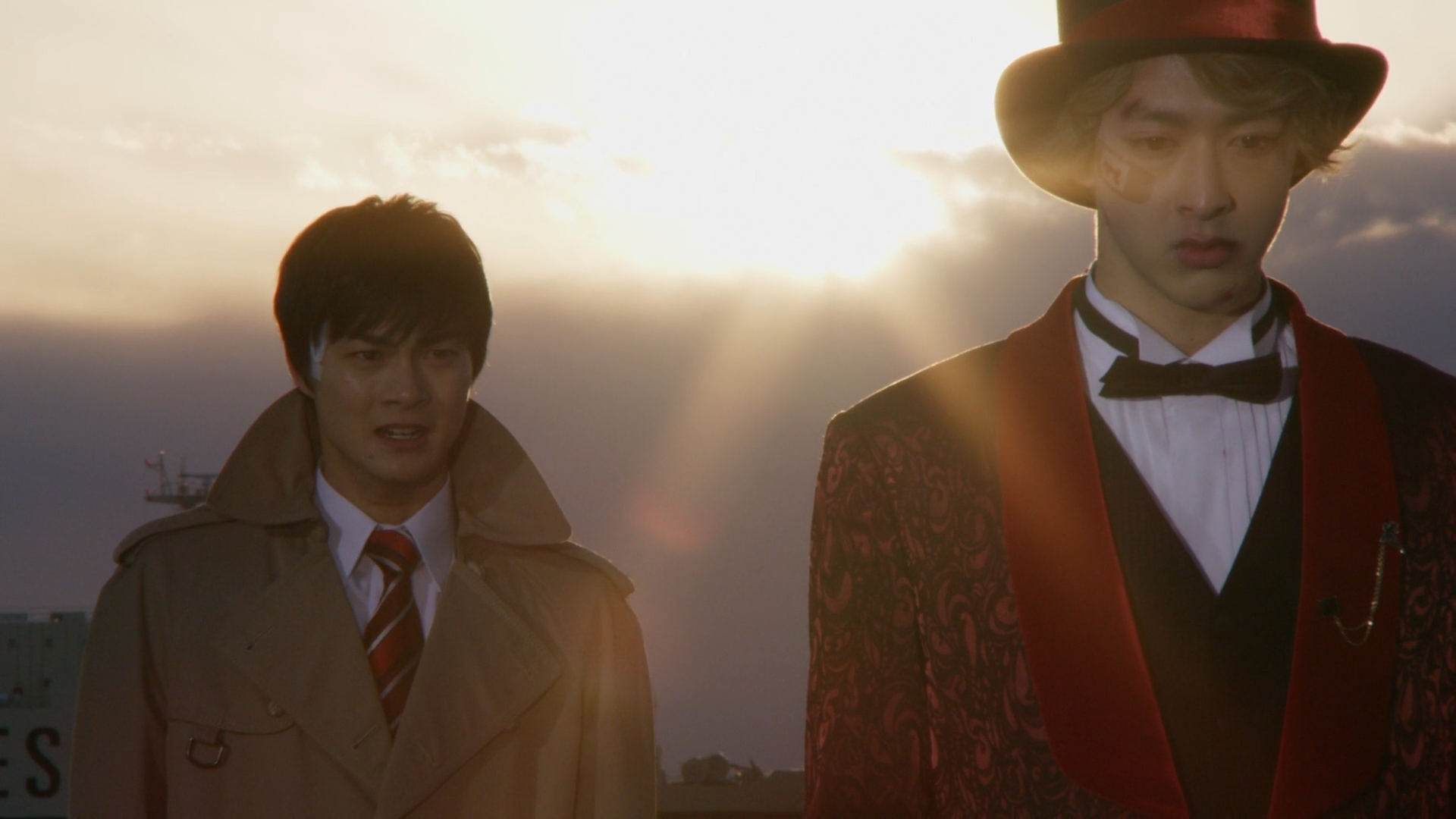 Episode 49: As A Thief, As A Policeman

Having been forced to unmask themselves, the phantom thieves are forced to hide in a refuge Kogure secured for them. While there, they hear the story behind Dogranio’s chained golden safe. Meanwhile, Jurer has been completely emptied out, leaving no trace of the previous occupants. Keiichiro and the others are unable to muster any words after witnessing such an elaborate escape, but there’s no time to dwell on it as Dogranio attacks the city himself! 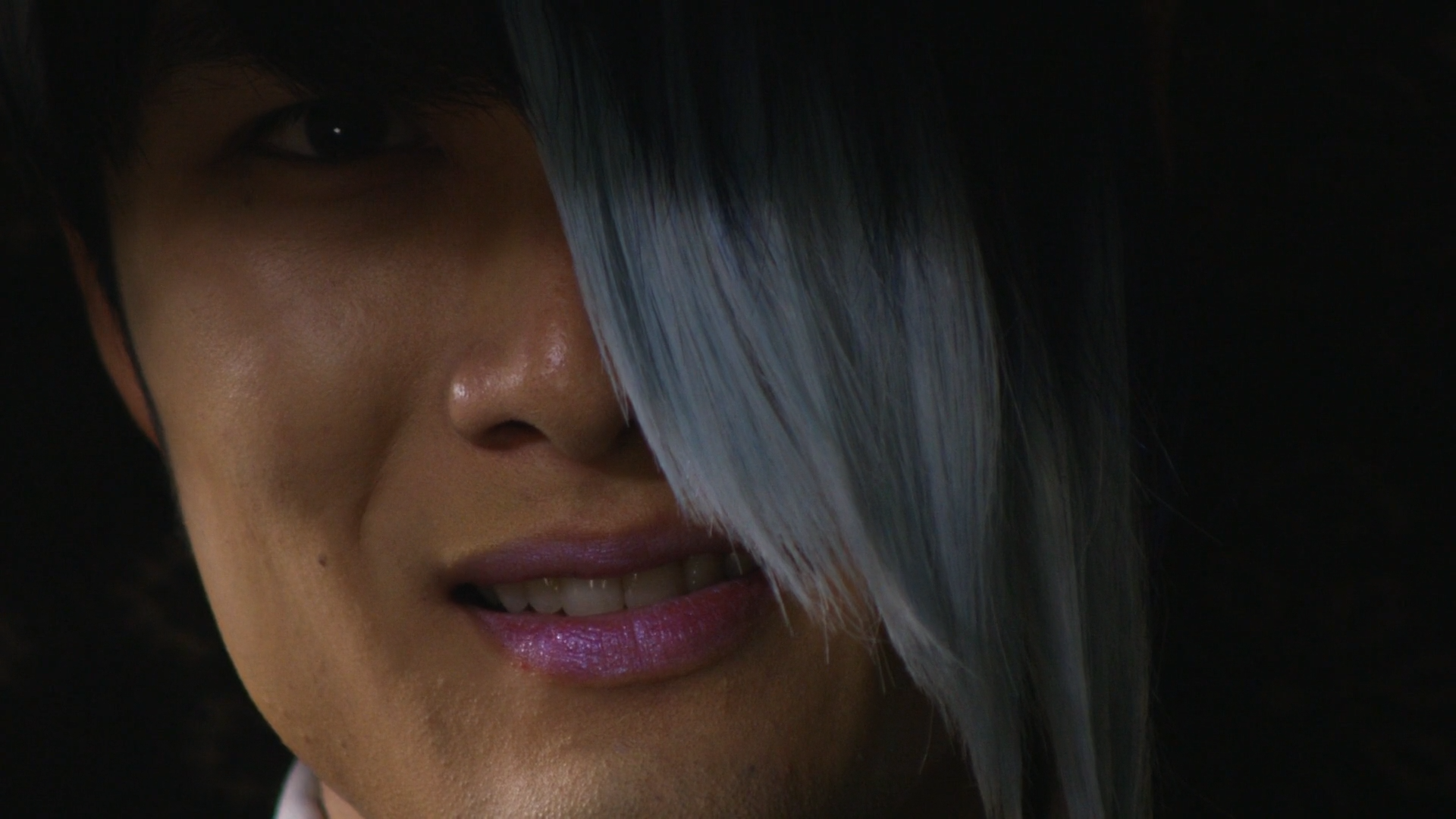 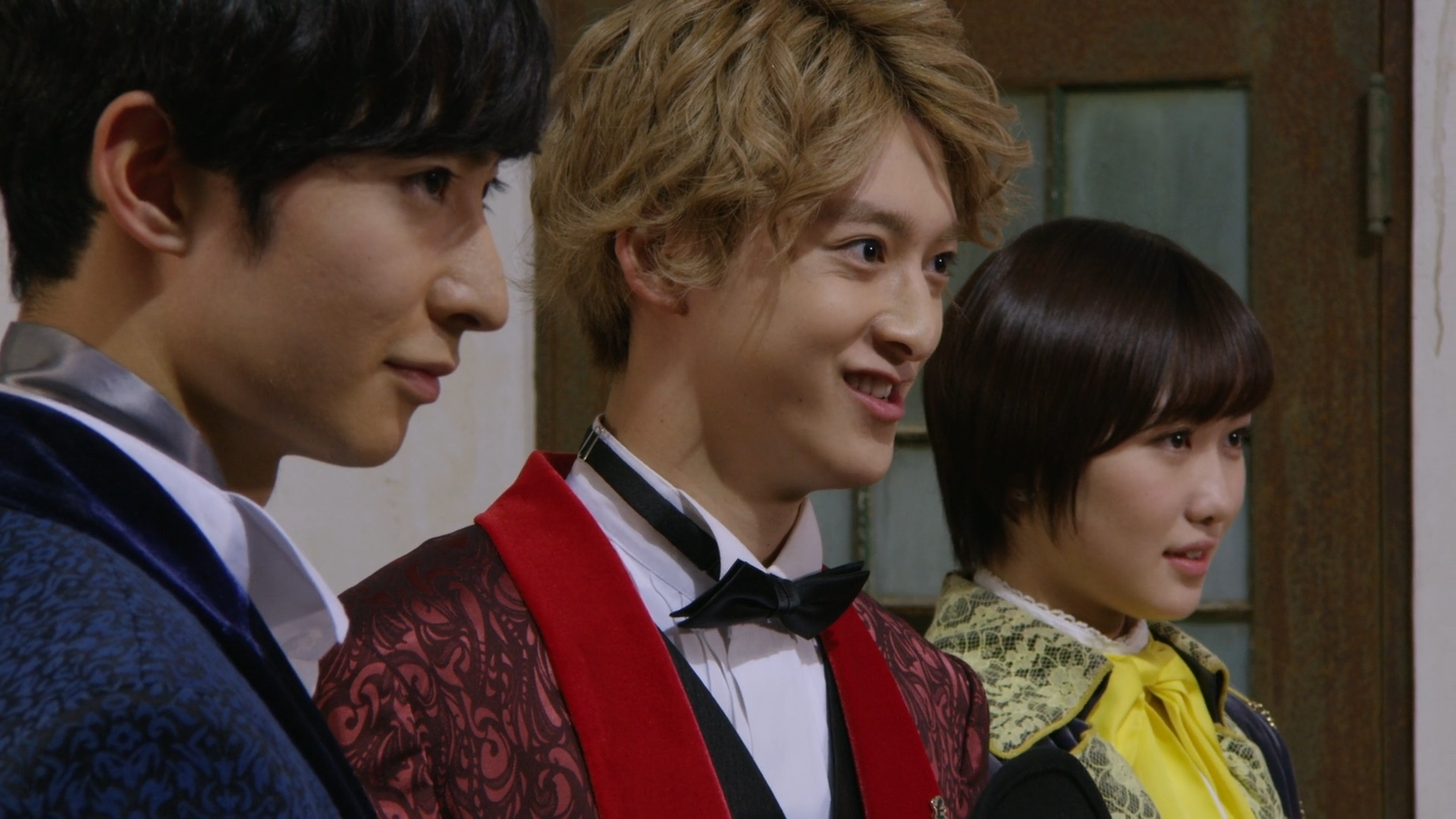 Episode 48: The Face Beneath The Mask

Noël surrendered himself in order to stop Gauche’s rampage upon the city and the members of his team, leaving her excited to begin dissecting his’s body, but Dogranio decides to instruct her to execute him in the human world so as to leave a lasting impact upon humanity. Broadcasting a public execution, a clearly obvious trap, and then the phantom thieves and the police officers suddenly appear to rescue their friend and teammate… 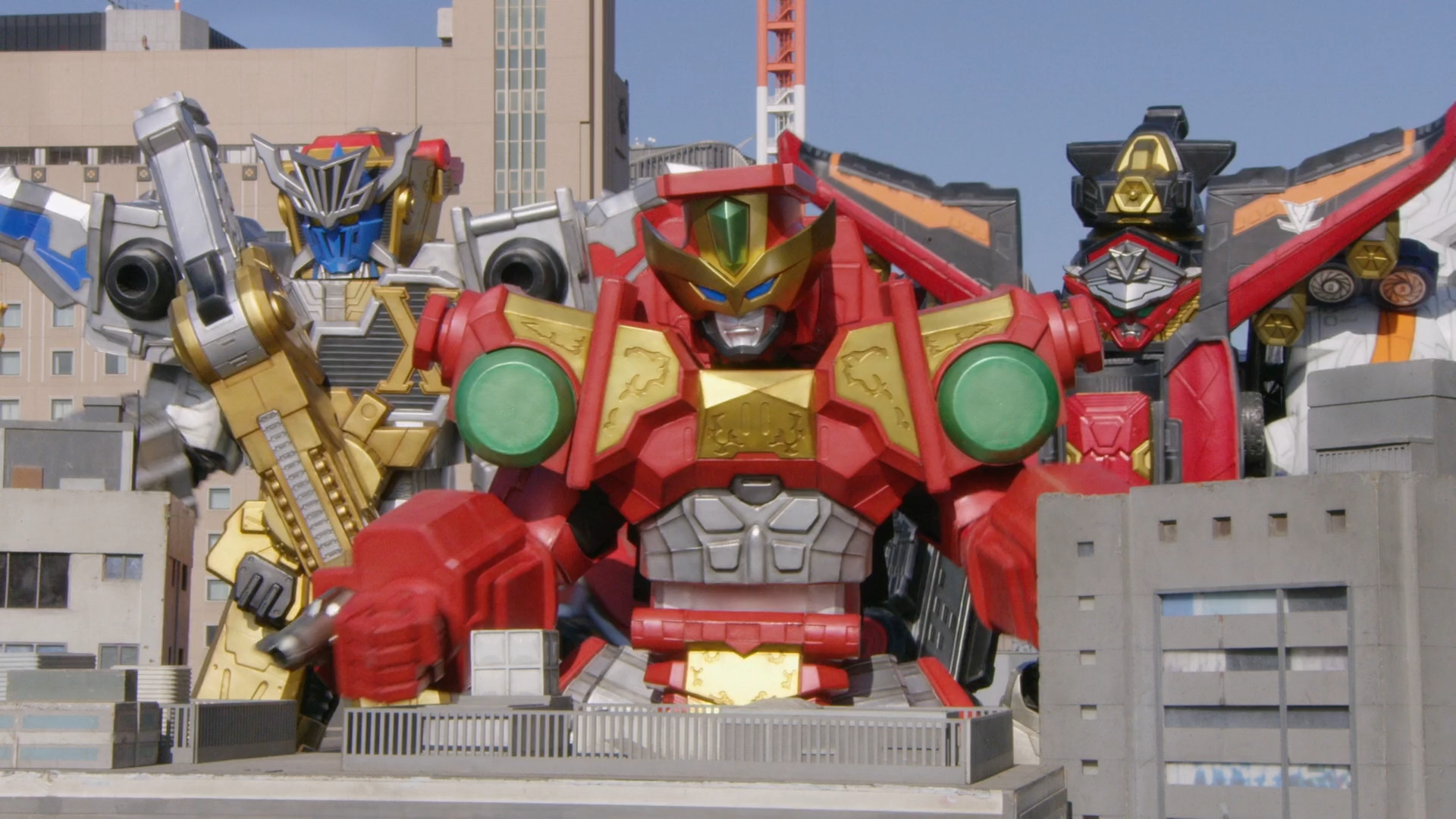 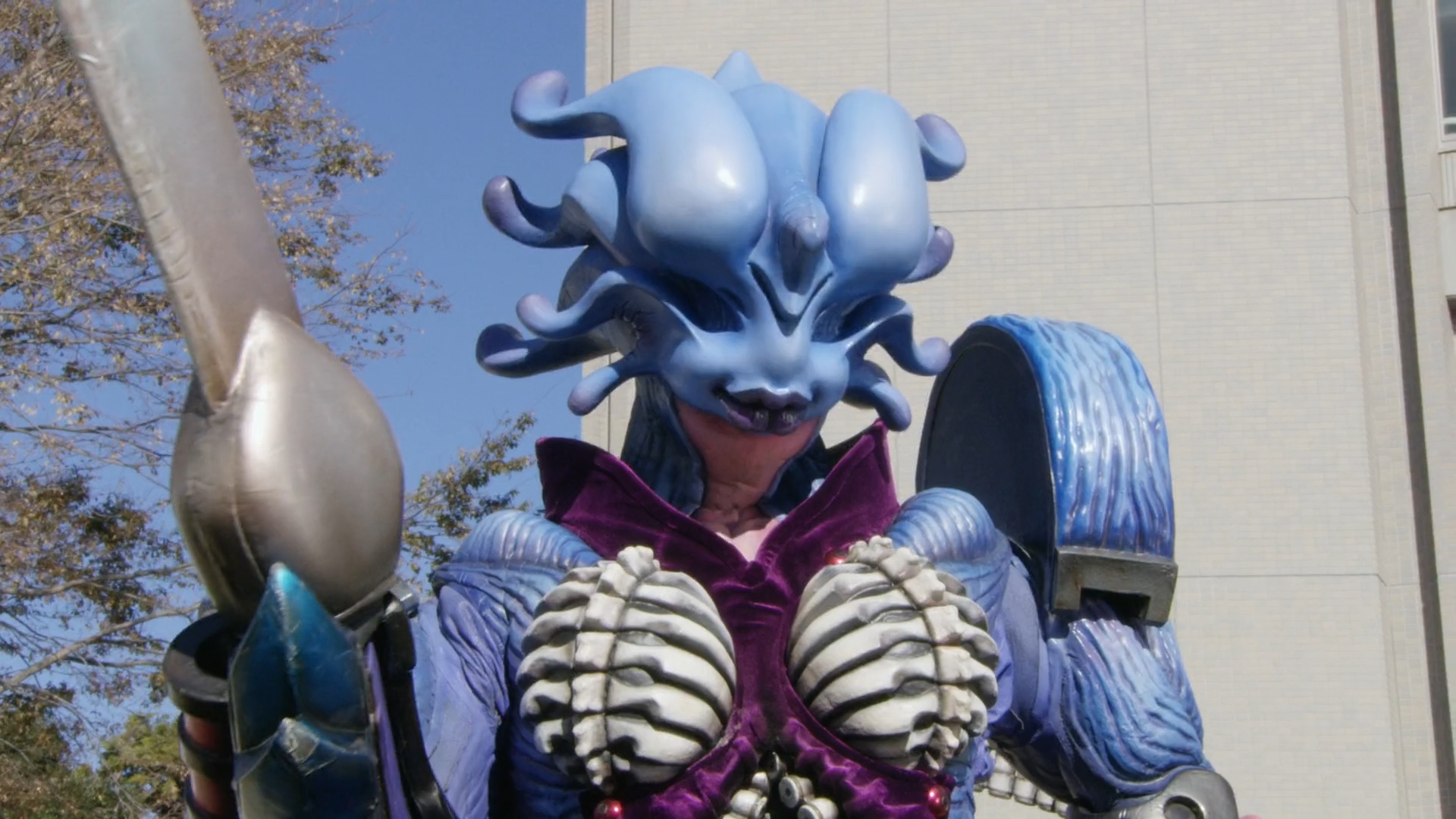 Episode 47: What I Can Do Right Now

Sakuya invites Umika out in order to hear the truth directly from her so that he can clear his mind of any doubt of her being a phantom thief. Meanwhile, Gauche has successfully remodeled Zamigo’s body thanks to the pieces of the Collection that she took from Dogranio without permission. Zamigo makes his way to the human world to leave as much of a dent in it as he can… 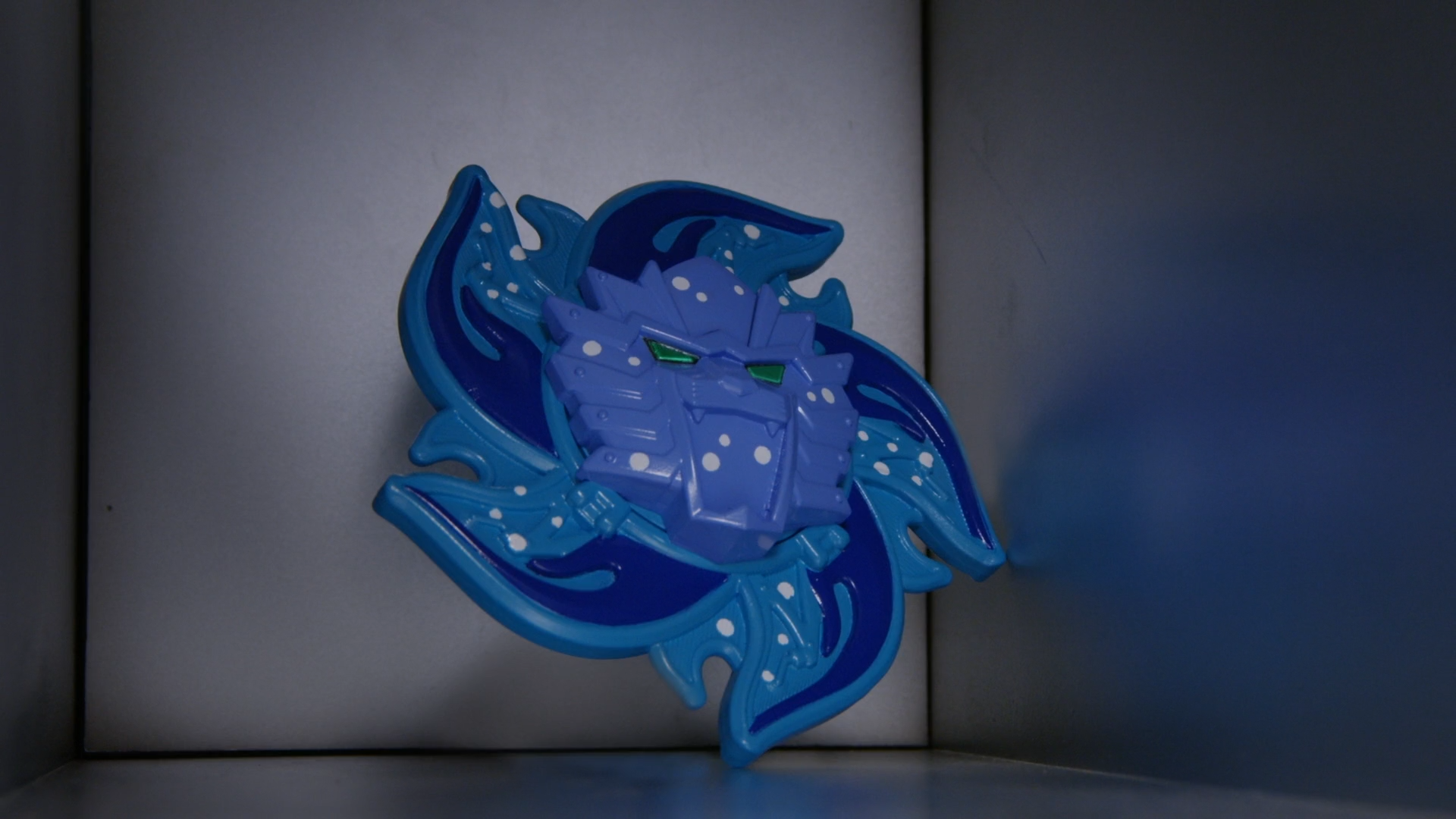 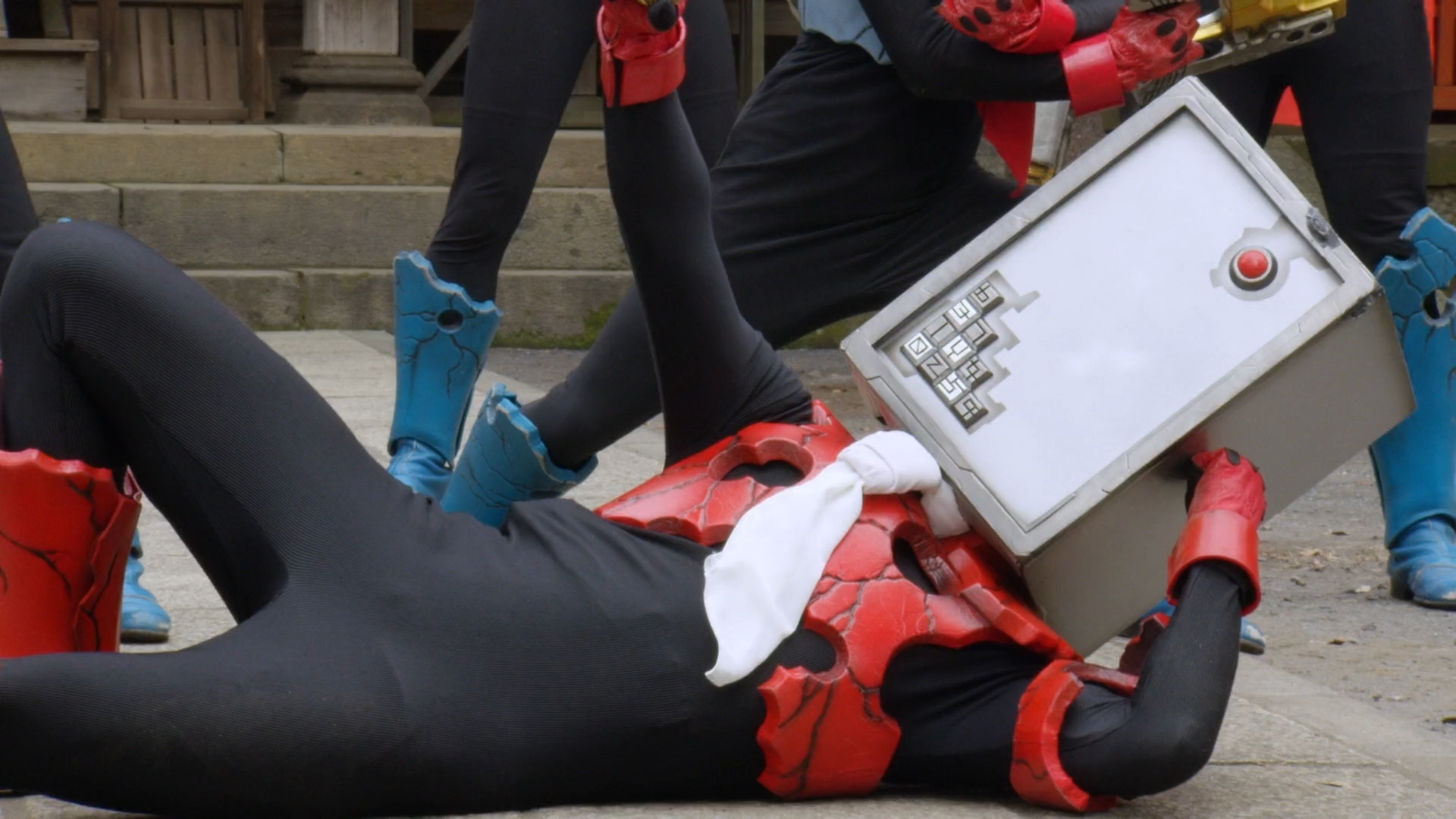 Kairi goes with Noël and the others to a shrine for the New Year to come. However, another red safe-headed Porderman appears before them and traps them all within an inescapable game dimension. Keiichiro discovers that some of the victims from the massive disappearance across the city two years ago were Kairi’s older brother Shouri, Touma’s fiancèe Aya, and Umika’s close friend from high school Shiho. Keiichiro also recalls Noël’s familiar words that he himself decided to become a phantom thief in order to regain his loved ones… 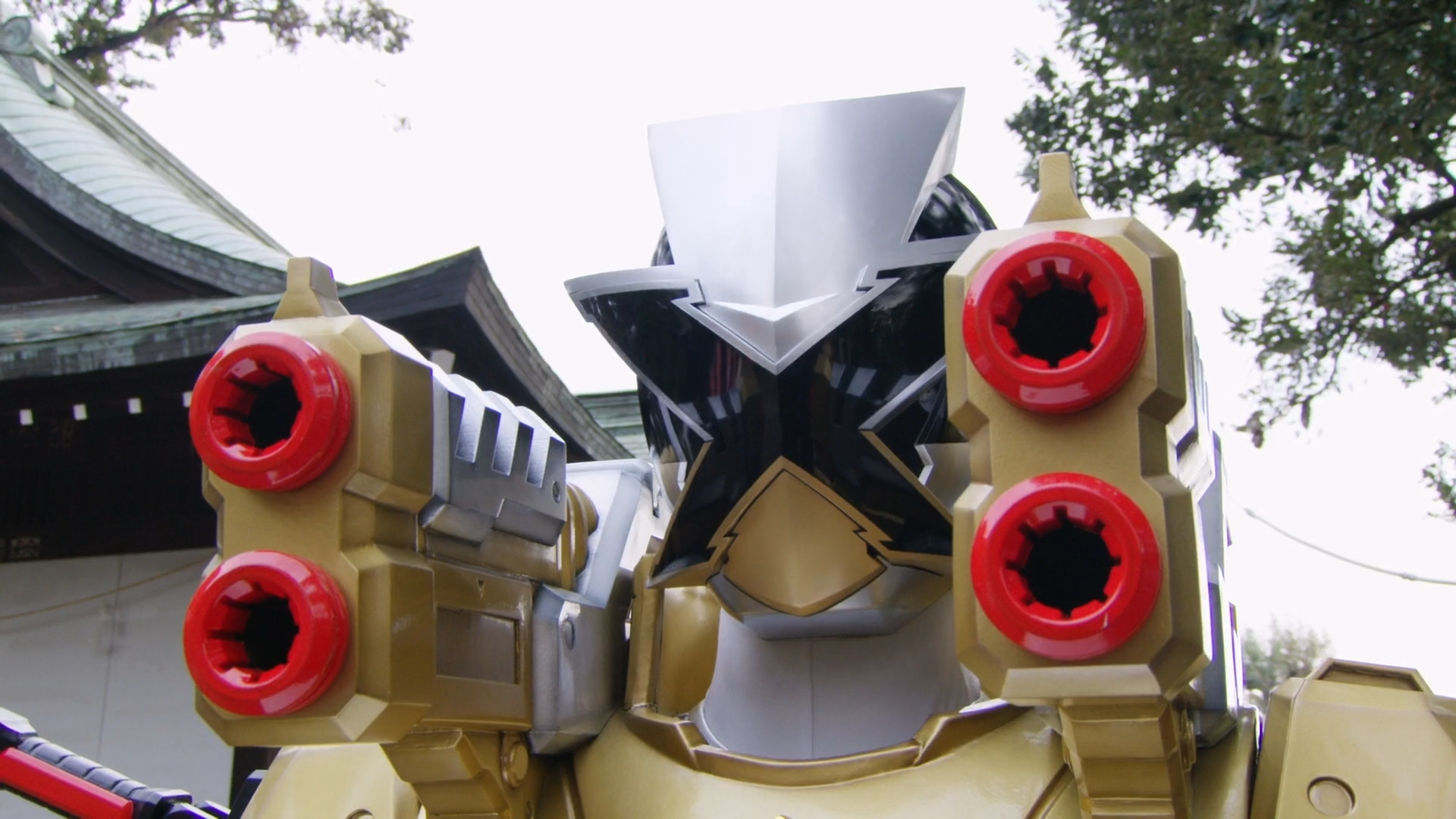 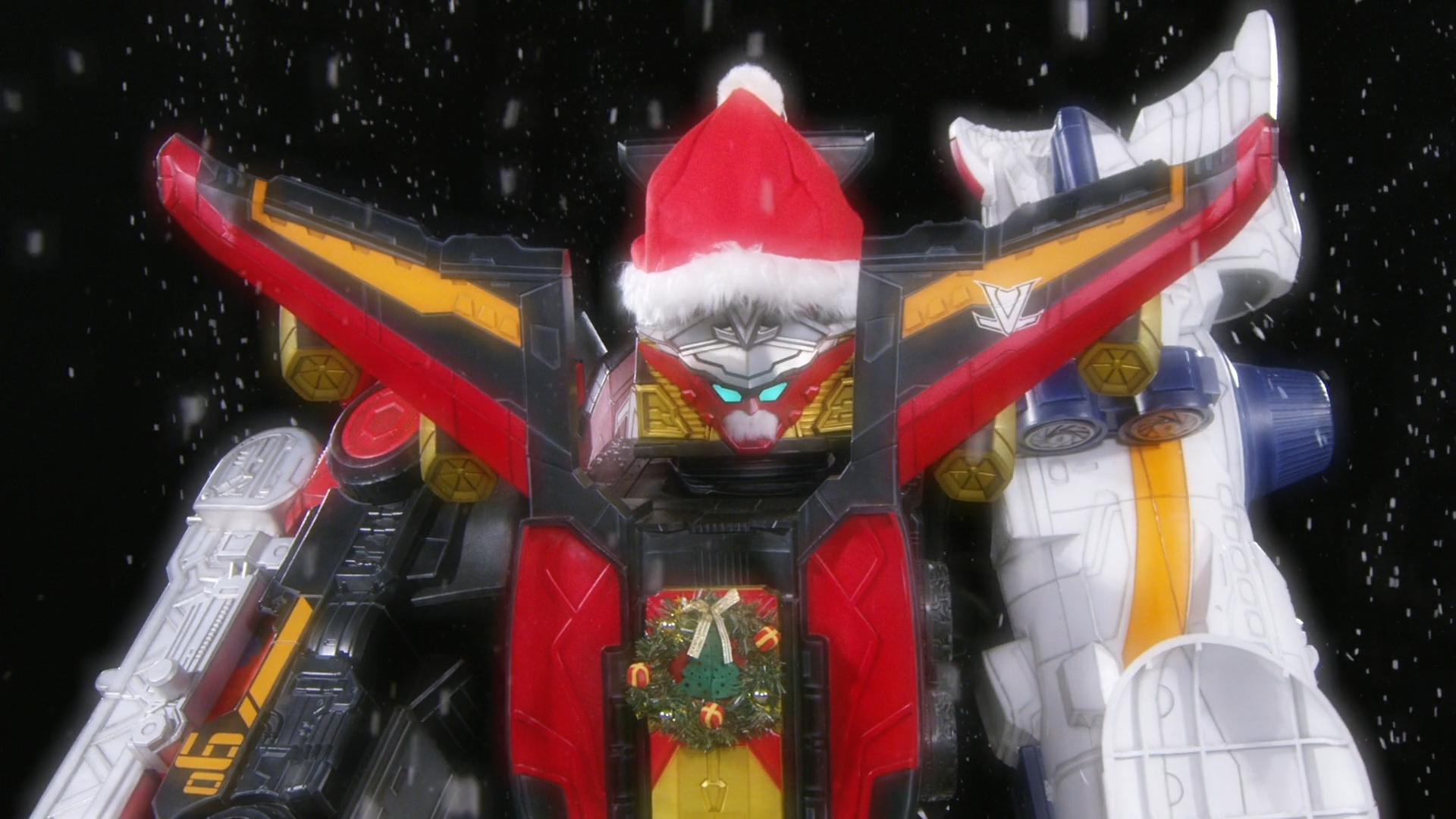 The Global Police have been invited to a Christmas party at Souta’s kindergarten! Sakuya plans an extravagant chicken dinner from Jurer, but while shopping for ingredients with Kairi, the Gangler Sahmon Ciakekistancin appears and replaces all the chicken with salmon! Meanwhile, the Global Police discover that the human skin the Ganglers wear belonged to the missing people of Tokyo that vanished two years ago! 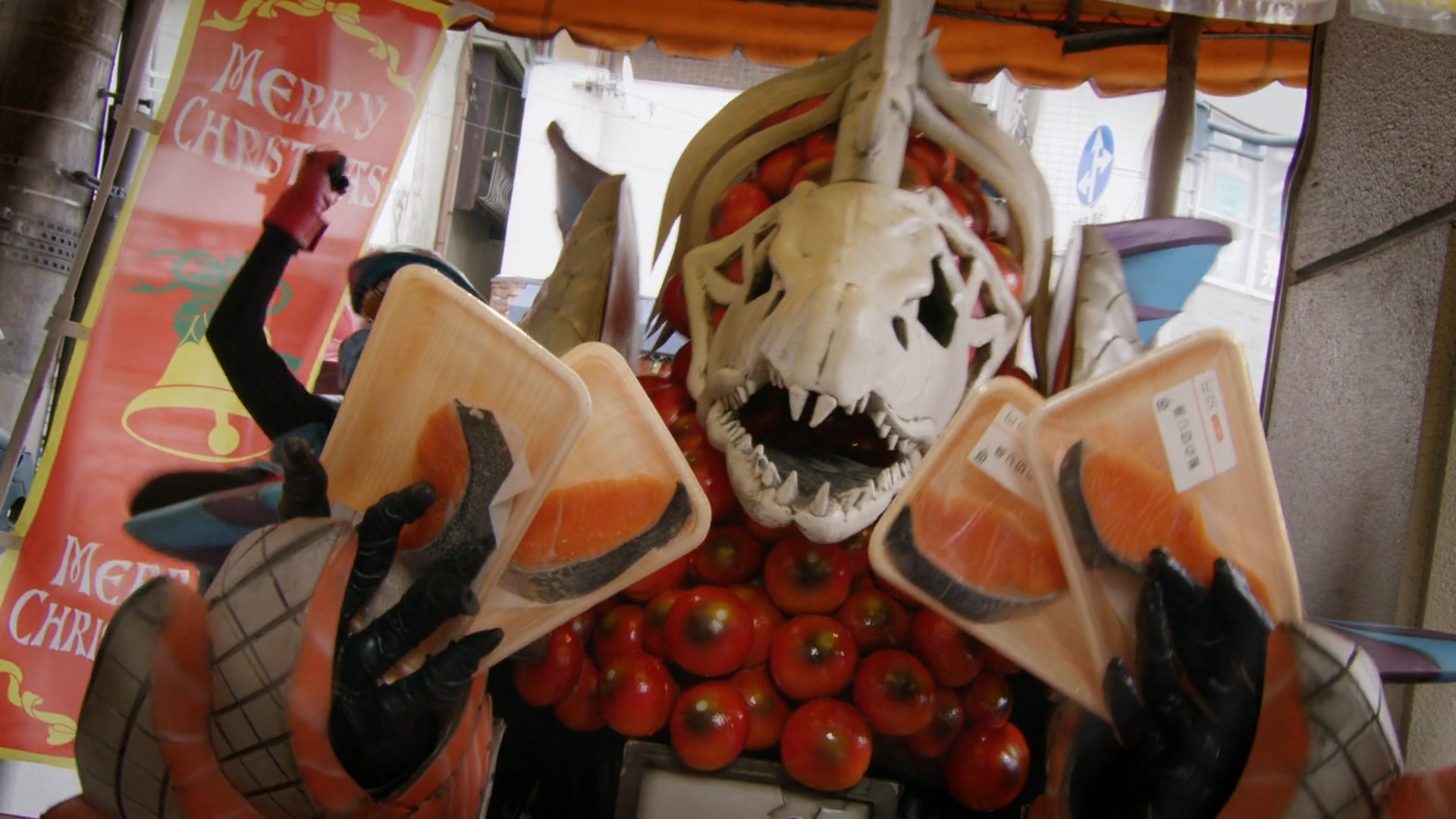 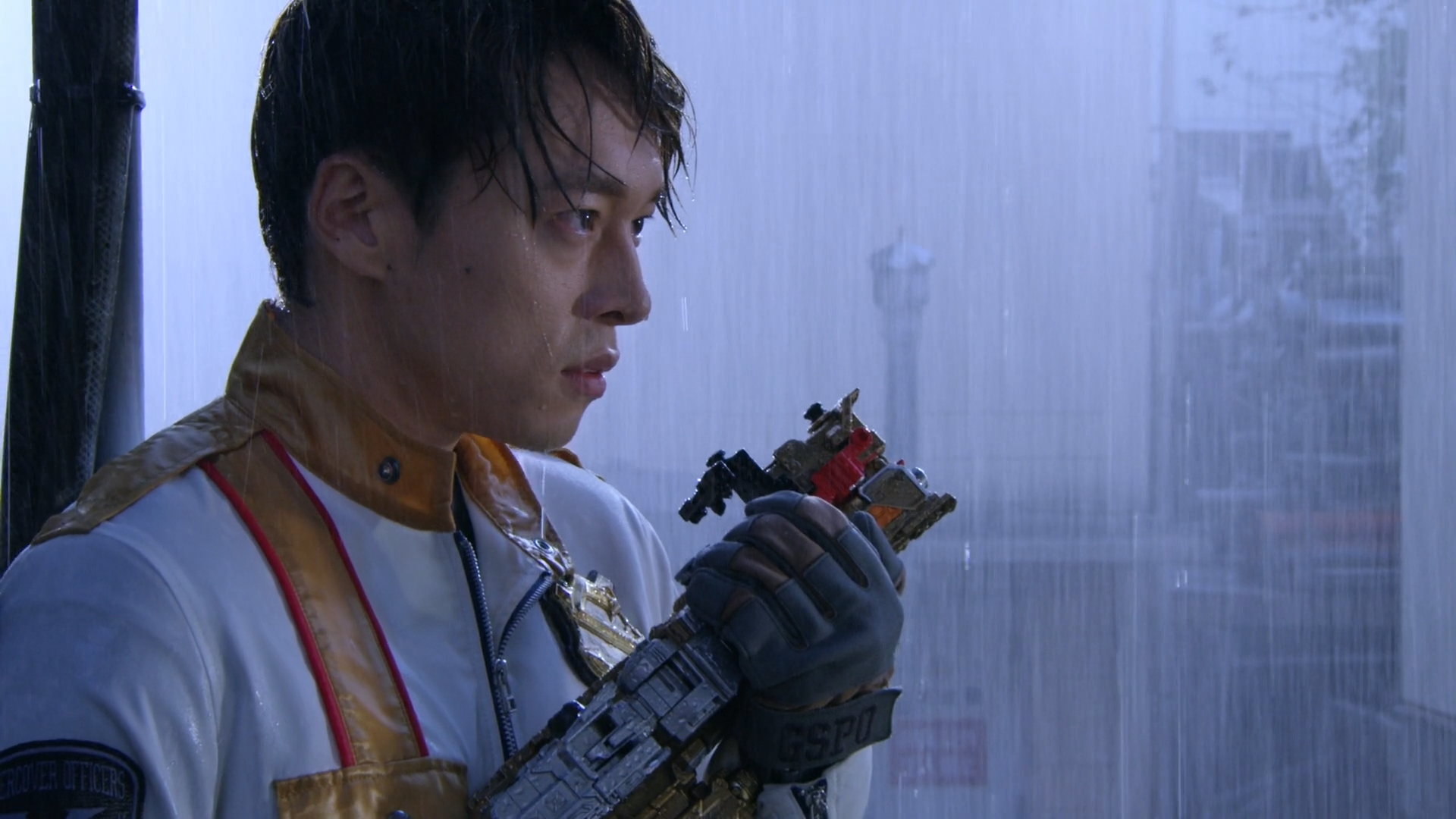 With his secret revealed and on the run from Satoru and Keiichiro, Noël somehow manages to escape in the midst of the falling rain, only to run into the phantom thieves’ pointed gun…! What will Noël tell Kairi and the others after Gauche told them that Noël wasn’t human? And what does this mean for their goal to steal back the Collection to restore their loved ones? 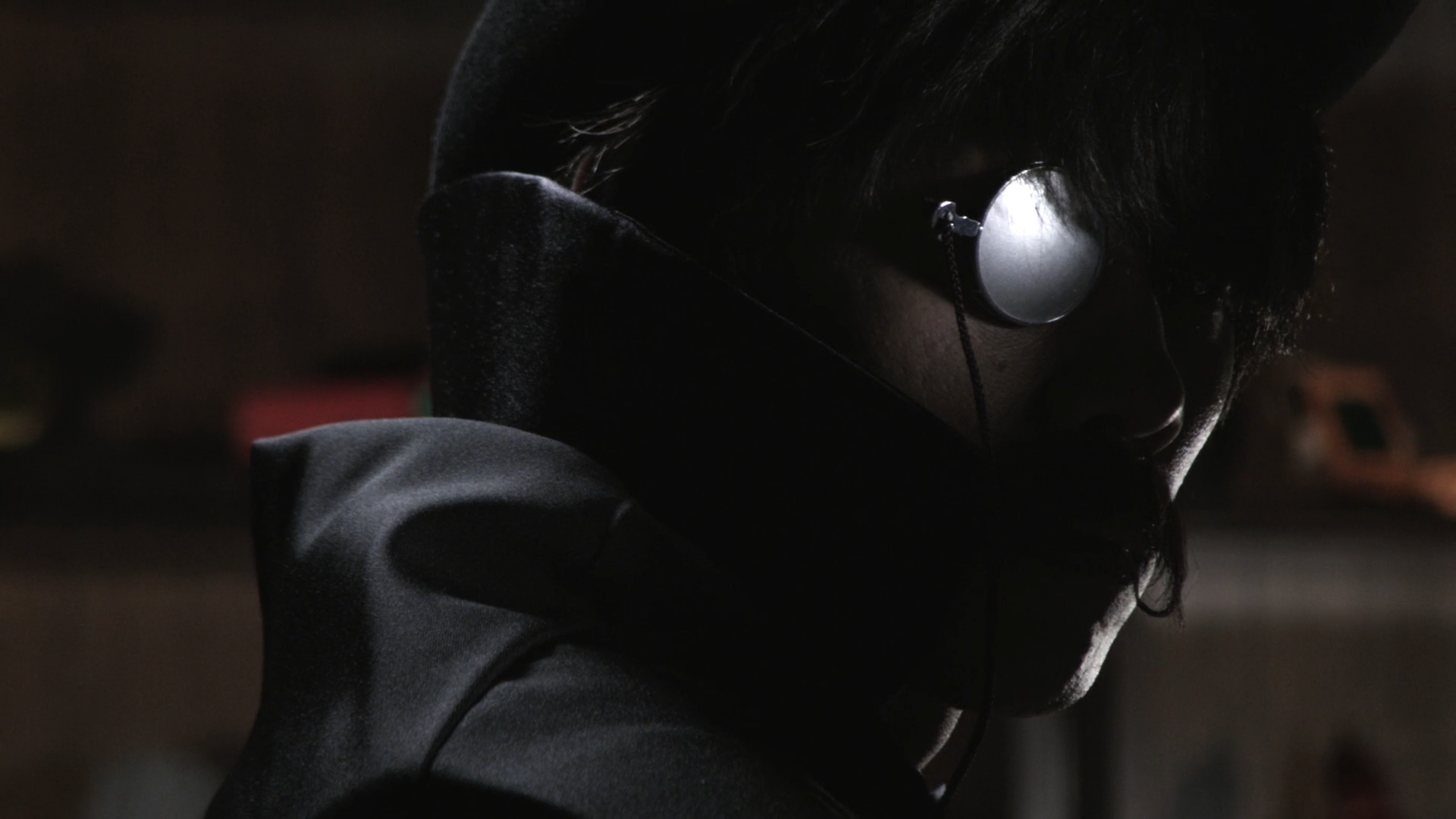 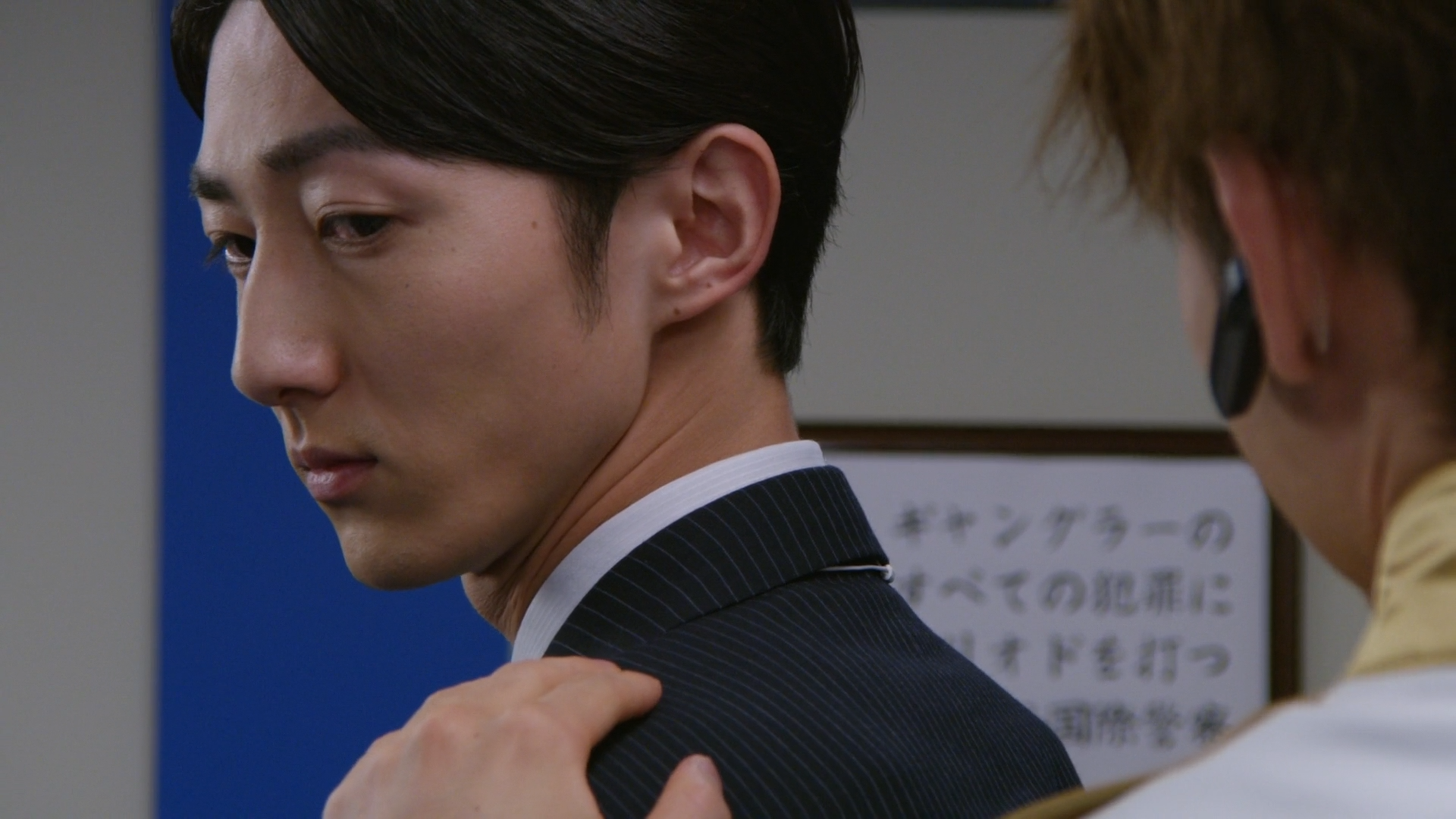 As the Lupinrangers aim to capture another piece of the Collection from the Gangler Tokageil, they discover his safe is empty! Nearby, a man witnesses the fight before running into Keiichiro and Tsukasa. He is Shinonome Satoru, former member of their squad, and he’s back from France HQ to discover who is leaking intel to the Ganglers! 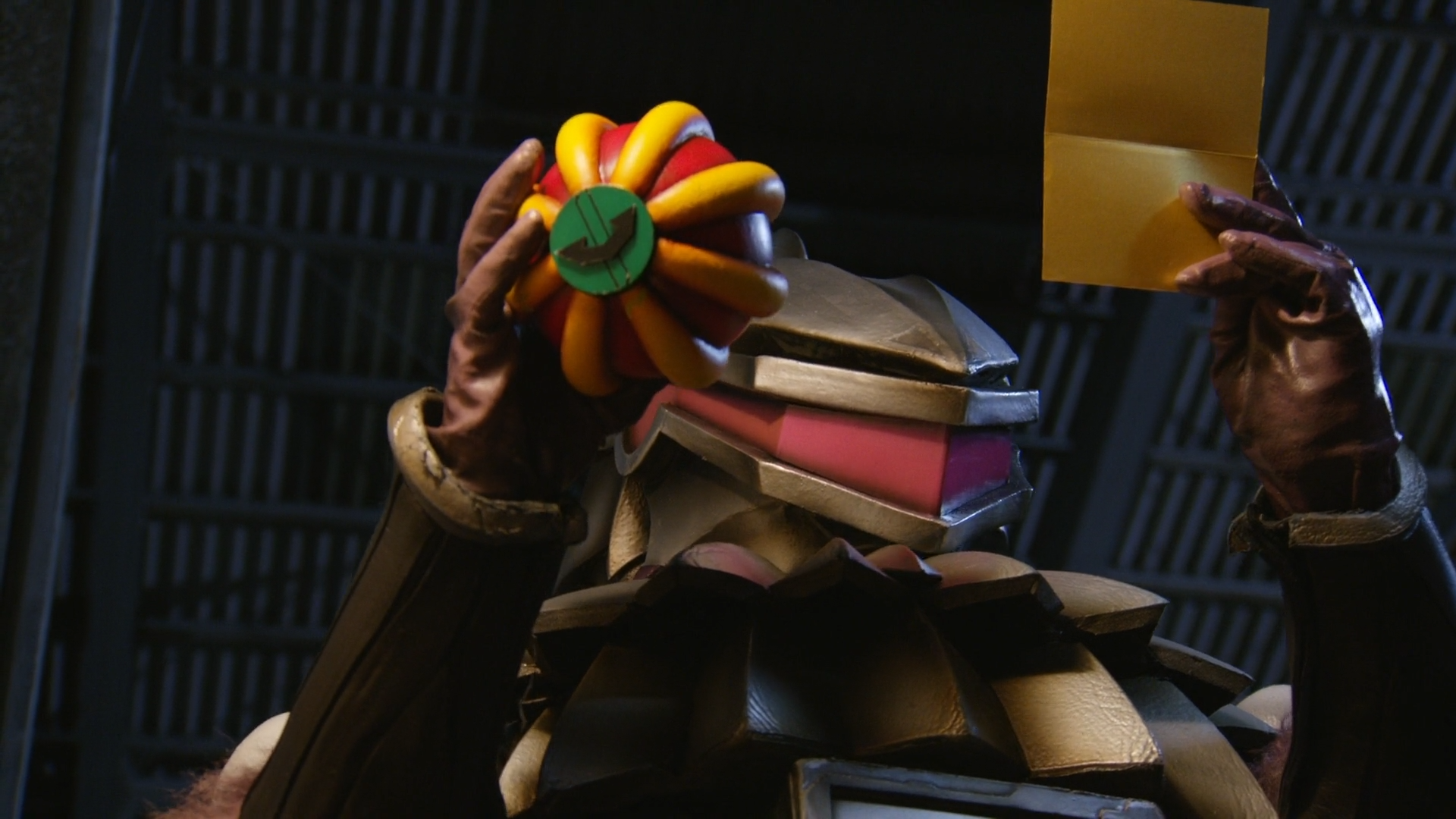