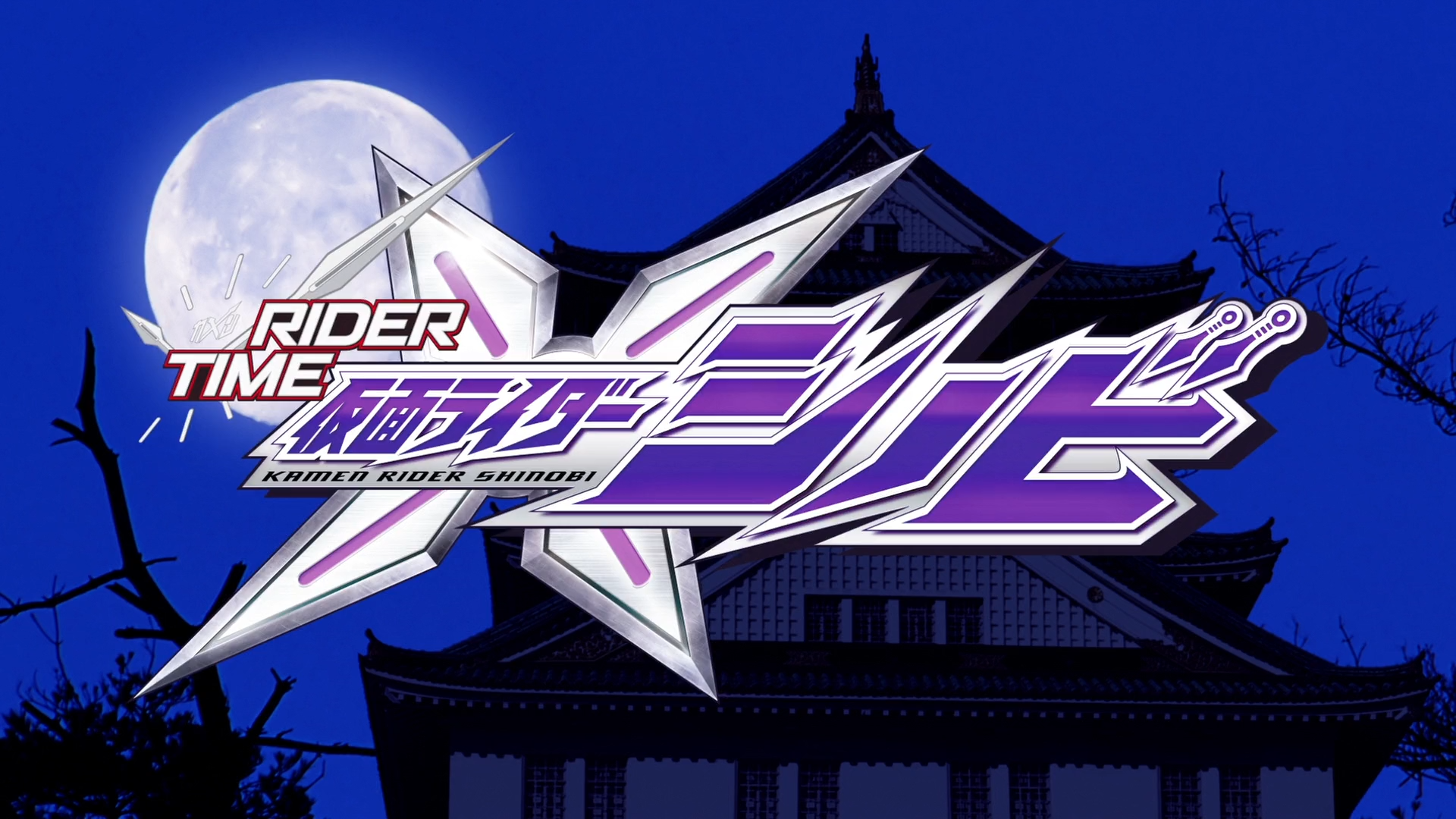 In the year 2022, society has adopted a ninja way of life. Kagura Rentaro lives in this era with his sister Iroha and his friend Konjo Isamichi as he secretly protects the people as Kamen Rider Shinobi! When the mysterious Rainbow Serpent Clan dispatches an assassin to kill him and the mysterious Kamen Rider Hattari appears to unmask him, Rentaro fights to defend his sister, save his life, and protect his secret identity!

Time for the second of the Zi-O supplemental Rider Time miniseries with Kamen Rider Shinobi! This three-episode miniseries gives us a glimpse at the future history of Shinobi, the source of one of Woz’ Miridewatch powers seen in Zi-O!

These episodes feature a pair of sub tracks, with the main track being from RiderTime-Earthly’s joint release, and a second Revised track that swaps some of the terms to match Over-Time’s versions from the Zi-O episodes with Shinobi. The styling on that track also matches theirs. While normally, revised tracks take priority, in this case, RT-Earthly’s track gets top billing as they had the only full release. Like the Ryuki miniseries, the short length has sent this right to a batch, so if any v2s are needed, they will be included in the final Zi-O batch at the end of the year Enjoy!