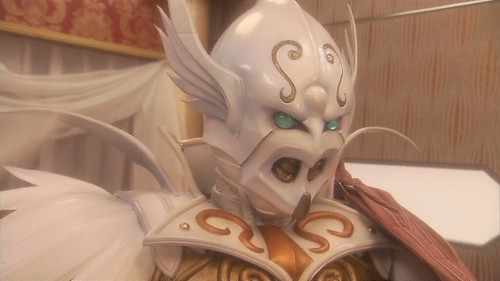 Episode 23: Enter the Prince, Kneel Down to Him!

A bizarre white Imagin calling himself Sieg has boarded the DenLiner and quickly begins to order the other Imagin around. He explains his strange origins and the connection to the baby he protects, and meanwhile, a man searching for a baby comes in contact with another Imagin… 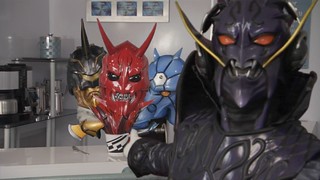 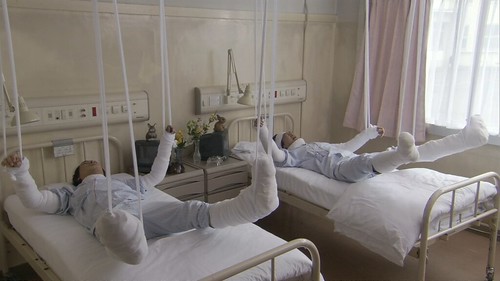 With Ryotaro putting an end to the fight against Zeronos, Hana asks Yuuto about where the ZeoLiner came from and whether it’s true that it was from her lost time, but he refuses to answer unless she helps Deneb. Meanwhile, the contract holder is laid up in the hospital alongside his boss when he remembers his wish and completes the contract by accident… 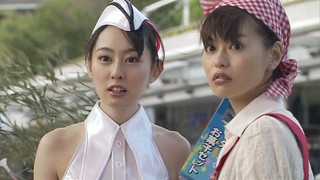 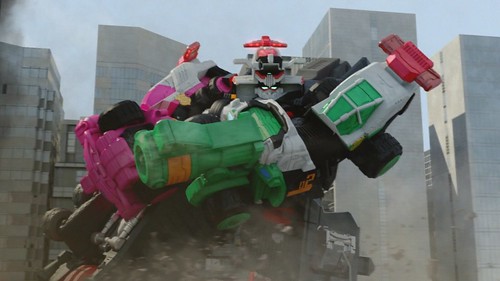 Episode 3: We Will Get Them Back

The Patrangers arrive at the Lupinrangers’ cafe for lunch, but quickly deploy to stop a new Gangler. The Lupinrangers are hot on their tails, and another three-way battle breaks out as Touma ignores Kairi’s orders, vowing to collect every piece of the Lupin Collection, including the VS Changers belonging to the Patrangers! 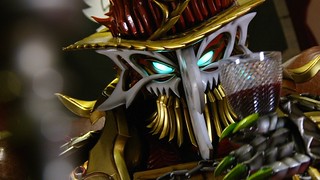 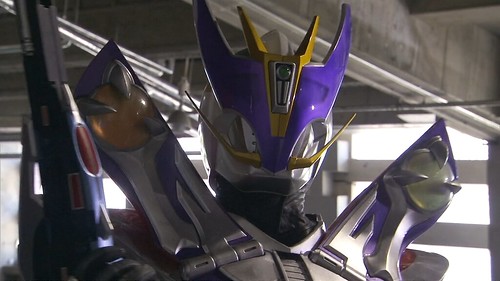 When Ryutaros grows jealous of Yuuto’s connection to Airi, he possesses Ryutaro, assumes Gun Form, and attacks, forcing Yuuto to use another of his Zeronos Cards. Meanwhile, Deneb tries to help a man who unknowingly enters into a contract with an Imagin while napping… 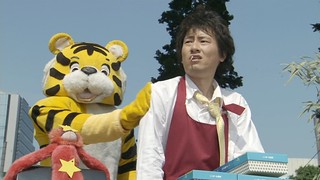 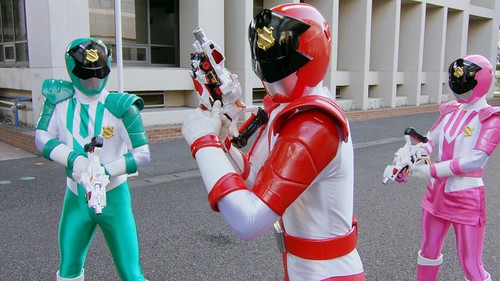 Episode 2: The Global Police in Pursuit

The two opposing Sentai battle one another as the Gangler makes his escape! Patren #1, Keiichiro, vows to stop the Gangler to help the jewelry store owner, as Kairi, Lupin Red, remembers the day he lost his brother and became a Lupinranger. As the Gangler returns, the two teams clash again, but can they manage to stop the real threat in time? 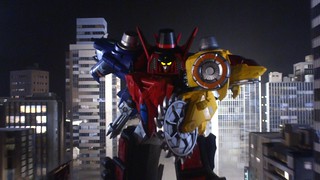 Minor note here that’s a slight change to how our encodes usually are done: I’m keeping the bit right after the OP (not sure if there’s an official name for it but I usually call it the sponsor segment). These usually get cut off because I find them repetitive and while they don’t use up much space, it’s 10 extra seconds of unneeded footage in each episode. However, because the OP music flows into this segment here, I’ve opted to retain them rather than have an abrupt cut or have to fade the audio in each episode. 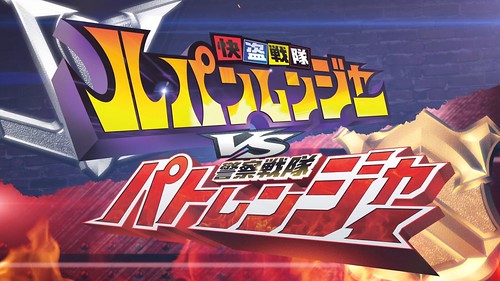 Episode 1: The Thieves That Everyone’s Talking About

The Lupin Collection, a set of powerful and dangerous artifacts gathered by the Phantom Thief, Arsène Lupin, have been stolen by inter-dimensional criminals known as Gangler. Using the power of the Collection to retrieve the stolen items are the Thief Sentai Lupinranger! However, the Global Special Police Organization is hot on their heels, also harnessing the power of the Collection to become Police Sentai Patranger! 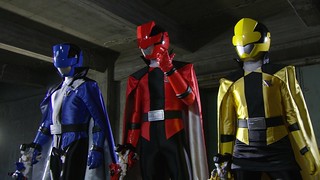 Time for our next Super Sentai release! Once again, huge thanks to Howling_Snail for providing the BDs for these releases, and of course, to Over-Time for the subtitles! Like the current releases have been for the last few years, these are quarterly boxes that are coming out alongside Kamen Rider Build, so expect new releases of approximately 12 episodes every 3 months. Enjoy! 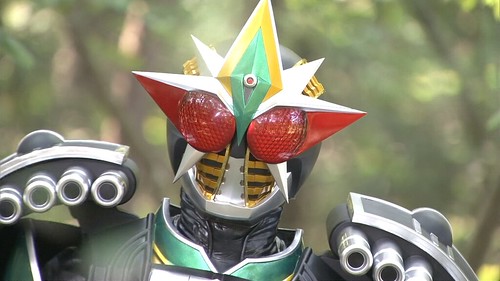 Episode 20: Let Me Say This To Start

After trying to explain to Ryotaro that protecting time and saving people aren’t the same, Ryotaro resolves to prove he can do both, starting with defeating the Jellyfish Imagin. But, as Ryotaro and Momotaros seem outmatched, Yuuto transforms into a Rider! 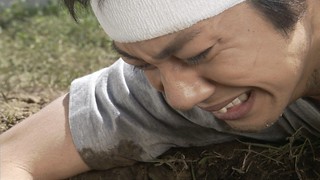 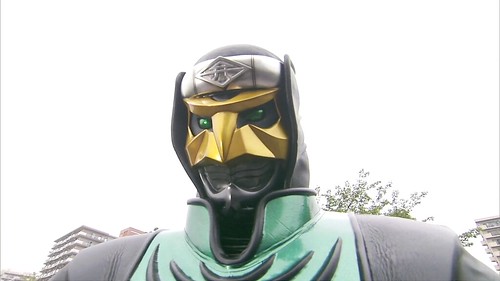 Yuuto warns Ryotaro about investigating the Yuuto he knew, as the Owner is intrigued by Yuuto’s use of the ZeroLiner, which he believed lost. Deneb attempts a peace offering with the DenLiner crew, while another Imagin rampages, trying to fulfill a contract with a man desperate to find a time capsule he buried a year ago… 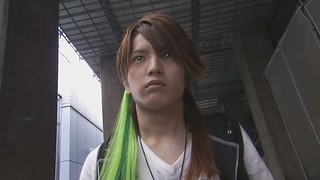 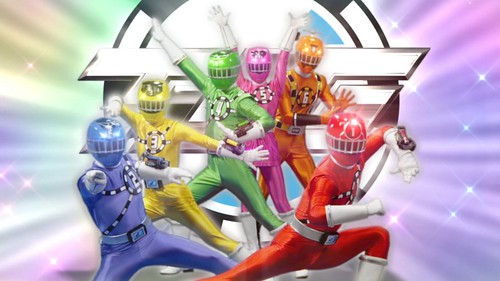 All aboard for the ToQGer series batch! The last remaining temporary batch we made after the shutdown of the old Nyaa, containing Episodes 1-18, is now retired and has been removed entirely.

No patches have been made for these, so if you already have the individual releases, you’re all set. The early episodes have also been added to KRDL and are available for DDL over there. Enjoy!

EDIT 9/24: I was reminded in the comments that Earthly released a batch of the Everybody’s Train Corner segments that were left out of the BDs, so if you’re interested in grabbing a copy of those as extras, CLICK HERE. 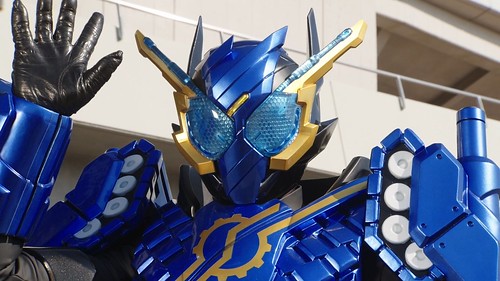 Episode 28: The Genius Comes On A Tank

With the battle between Build and Rogue raging on, the stolen data on RabbitRabbit Form is downloaded and Gentoku gains the upper hand. As Sawa’s treachery is revealed, the battle appears to be all but over. However, Sento has one more trick up his sleeve and must hold on until the moment he can use it… 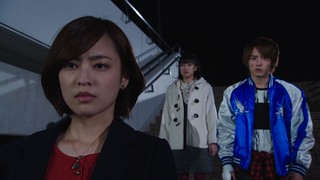