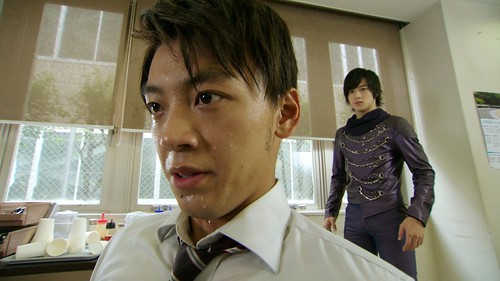 Episode 43: When Will the Second Global Freeze Take Place?

Among the objects left by Roidmude 066 was a map that hints at a second Global Freeze. The SCU receives an investigation request from the newly created SSDC and starts to move. Meanwhile, Gold Drive is searching for Brain to advance his plans for a new Global Freeze. Once Gold Drive, Medic, Heart and Brain are together, the Global Freeze will become a reality… 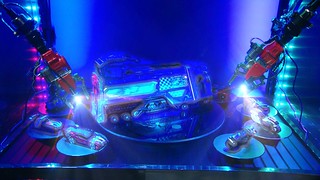 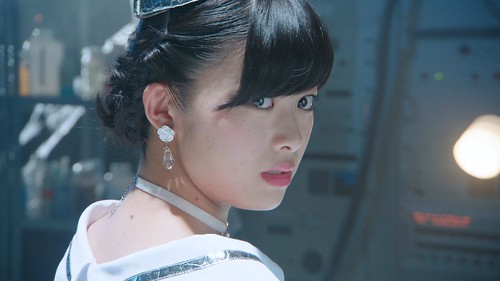 Episode 42: What is the Truth About the Goddess?

Shinnosuke questions Medic about the reasons behind her actions. Medic, not knowing what her true love for Heart means, decided to respond. What came from her mouth was the secret of the day the Global Freeze happened a year ago, the same day the Medic that looks like Misuzu Hatori was born. Meanwhile, Banno, now having succeeded in becoming Gold Drive, targets Medic again. 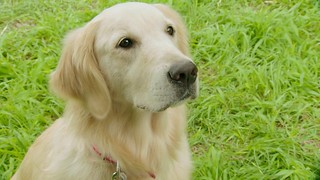 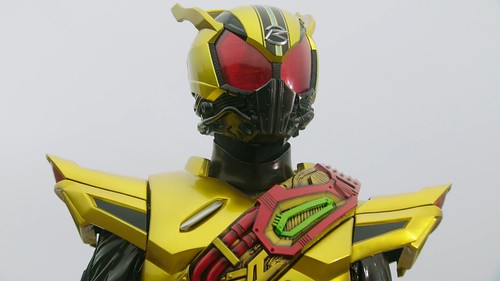 Episode 41: How Was the Golden Drive Created?

An unusual number of people have suddenly lost consciousness at a hospital and all of the victims are young females who all said something about wanting to be with someone named Shou. However, no trace of Density Shift has been found. Meanwhile, Banno completes his plans to obtain a body and transforms into a golden-colored Drive… 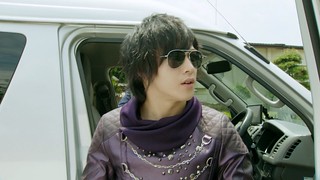 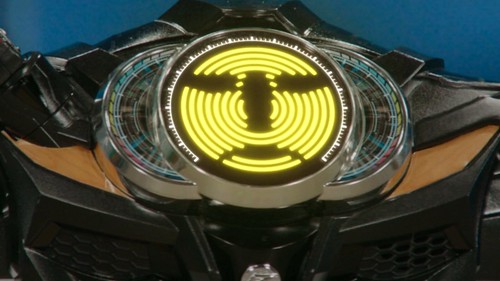 Episode 40: Why Did the Two Brilliant Scientists Collide?

Go believed that if Krim Steinbelt and Banno joined forces, the Roidmudes could be eliminated. However, he was betrayed by none other than Banno himself. After being attacked, Mr. Belt is stolen from Shinnosuke and kidnapped by the mysterious Roidmude 004. Heart speaks to the now despairing Gou and Shinnosuke, explaining what happened between him and Banno in the past… 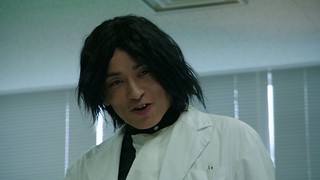 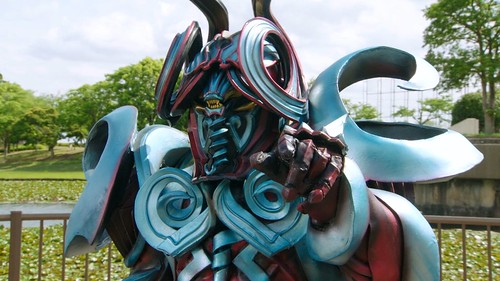 Episode 39: When Will the Tornado Kidnapper Strike?

Roidmude 008 has started his move! Intent on obtaining Ultimate Evolution, he has started kidnapping women. Drive and the SCU  decide to try a sting operation by impersonating  couples in cars. Meanwhile, Mr. Belt confronts Gou after Heart told them of Professor Banno’s existence. 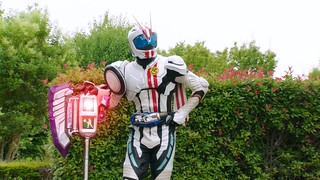 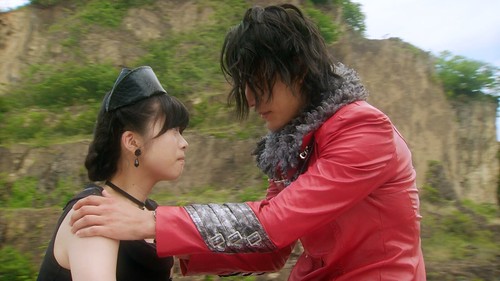 Episode 38: Why Does the Devil Seek Out Evolution?

Drive and Heart have clashed and Heart got the upper hand. However, what he told Shinnosuke was completely unexpected. The true evil could be lying somewhere else. What will happen with this battle of destiny? 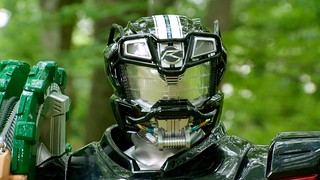 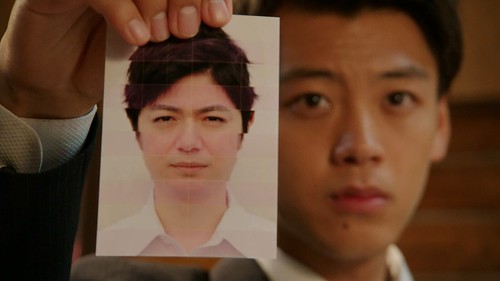 Episode 37: Who Pursues the Ultimate Flavor?

A string of Roidmudes have been rampaging in the city, burning everything around them. Drive arrives and confronts the latest one, and a fragment of what appears to be a leaflet of a local French restaurant is left behind, with Shinnosuke unsure of what to make of this. Meanwhile, a new executive Roidmude has come from overseas and appears before Gou and Chase. 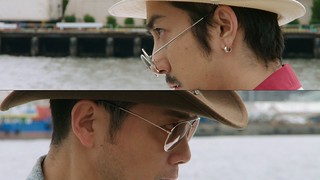 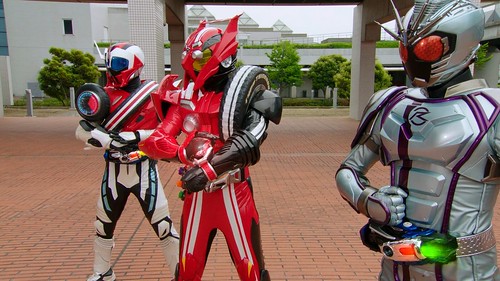 Episode 36: Where On the Side of Justice Will the Bullet Fall?

Having lured Shinnosuke into his trap, Nira intends to frame him and kill him with the same gun that killed Shinnosuke’s father. However, after managing to trick Nira and escape, the SCU and the Riders reveal Nira’s involvement with the Roidmudes, but before they can arrest him, they have to deal with Brain’s Ultimate Evolution. 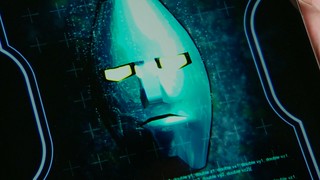 That about does it for Drive Box 3! The few images from the bonus disc’s design gallery will be posted by Saturday, and the disc has been sent off to Over-Time so that they’ll have Type SCU Episode 3.  Otherwise, the final box releases January 6th along with Surprise Future, the summer movie, so look for Drive’s final arc in early January! 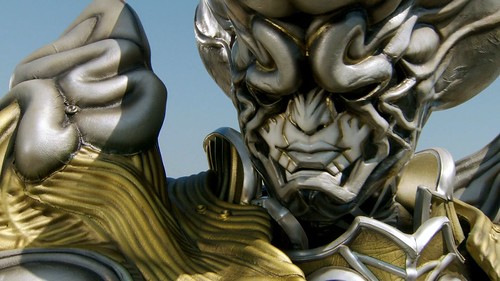 Episode 35: Why Are They Imprisoned?

Mitsuhide Nira, who has been revealed to be the murderer of Eisuke Tomari, takes steps with Brain to hide away the evidence from 12 years ago. Moreover, they hold a press conference, falsely accusing the SCU of colluding with the Roidmudes, landing them in jail and Shinnosuke as the public’s most wanted criminal. 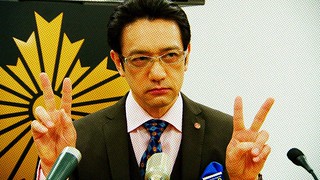 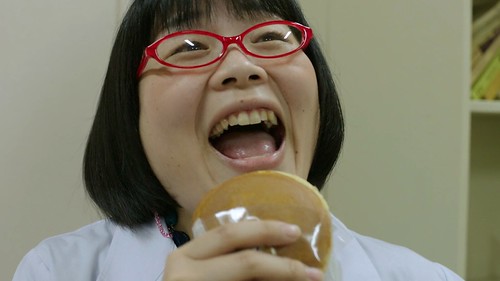 After being revived, Shinnosuke has gained a new power in the form of Type Tridoron. However, he can’t help but be worried by Freeze’s final words. Meanwhile, a Roidmude has stolen reports from a crime lab. The stolen documents were all cases that involved Shinnosuke’s father, Eisuke Tomari. 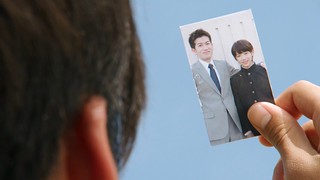