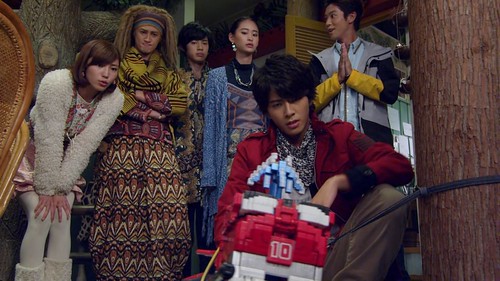 Episode 34: The Mega-Beast Hunter Strikes Back

One morning, giant monsters begin to attack suddenly. Yamato calls in the Zyuoh Cubes, other than Cube Whale, in order to fend off the threat, but Tusk is concerned. They were all past villains they had defeated previously. It could mean that Bunglay is setting a trap just for Cube Whale. Meanwhile, Azald starts up the Blood Game again before Genis stops him, wanting to know Bunglay’s aim, and what he truly could be after… 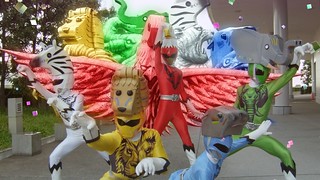