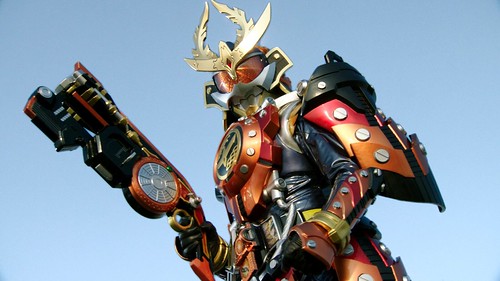 Now aware that he killed Yuuya, Kouta loses all will to fight, and will not even seek to destroy the Scalar System. As he struggles with the thought of telling the truth to his friends, he is approached once more by DJ Sagara, who gives him a new, mysterious Lockseed. Back in Helheim, Kaito encounters the strange Overlord Inves he’s been seeking and demands a fight. 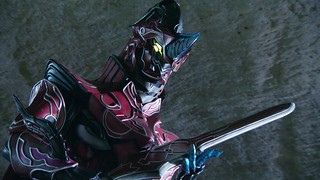 Time for the episodes with four subtitle tracks. What we’ve done here, with the introduction of the Overlords, is retain the cipher that Aesir created for the Overlord language. However, because these lines can be translated back to Japanese and, therefore, to English, there is a deciphered track included for both the revised and original subs. It is highly recommended that if you are new to the series, that you watch using the ciphered tracks, and revisit the episodes later to find out what the Overlords are saying. 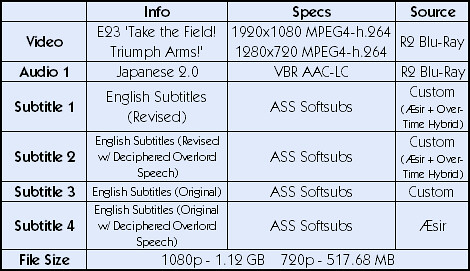