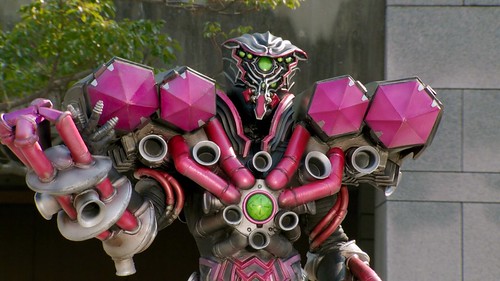 Episode 23: Who Can Stop That Wicked Smile?

Mysterious bombings continuously happened in Tokyo. As for now, Roidmudes are primarily suspected of the bombings. While Drive and Mach went to an amusement park, Mach was quickly incapacitated by a bomb. Meanwhile, an injured Chase is currently in a hospital with Kiriko as his caretaker. 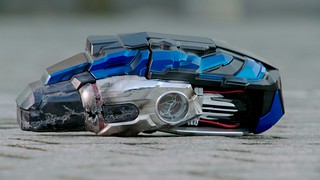 Just a quick note to thank Ignis and HeatMetal from Over-Time for their help with the preview in this episode! The broadcast preview lacked the promo text that the episodes normally have, but the BD version had the text, so the original subs lacked translations. Thanks to them, the translations I came up with were confirmed as being ok and so we’ve got that text translated like all the other episodes!