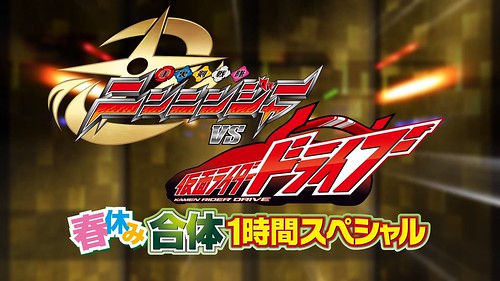 Five flashy warriors seem to be causing a Density Shift event, and when Shinnosuke goes to investigate what he thinks are Roidmudes, it turns out the problem was being caused by a Youkai the mysterious group was fighting. After arresting the red one, Shinnosuke starts interrogating him, where he claims to be something called a ‘Ninninger’; part of a team of five ninjas fighting Youkai and that he’ll show Shinnosuke. While this uneven pair squabble, Kyuemon Izayoi and the Roidmudes are putting a terrible plan in to motion, while Gou comes face-to-face with someone calling himself Kamen Rider 3… 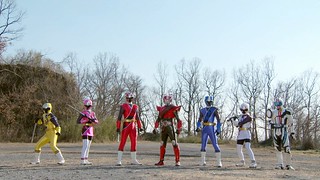 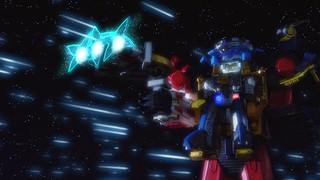 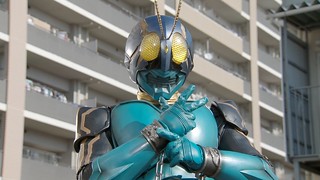