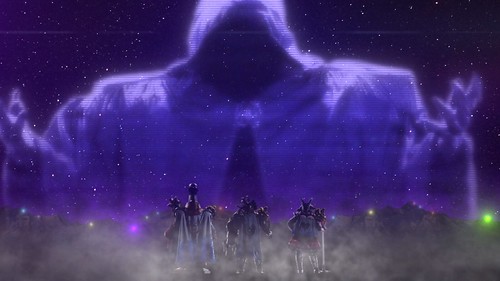 Space 23: You Should Shield Me!

In order to resolve the mystery of Don Armage’s survival, Tsurugi will personally take over the Jark Matter broadcast on Earth and establish himself as “The Man who killed Don Armage” to the whole universe! As he concludes his transmission, Tecchu, one of Don Armage’s Vice Shoguns, arrives! Tsurugi endangers the lives of innocent people while fighting him while Lucky protects them, but Tsurugi insists that in order to save the universe, some sacrifice is needed. Just how can two people who oppose each other so much be able to defeat the Shogun and save the universe? 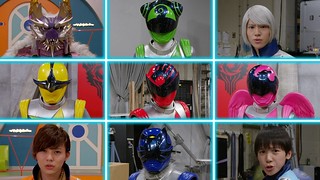