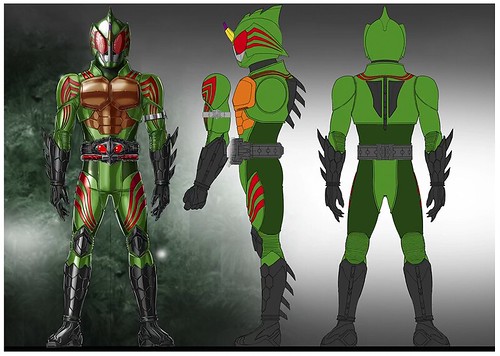 Time for another design gallery. Unfortunately, other than the two images in this post, there are only two other pieces of art included in this set, but it included two series posters as well, so I’ve thrown those in with the design art. Same as always, there’s a Flickr gallery and Mega downloads of the PNGs and BMP versions. Enjoy! 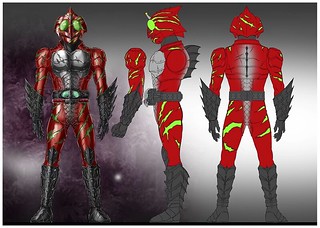 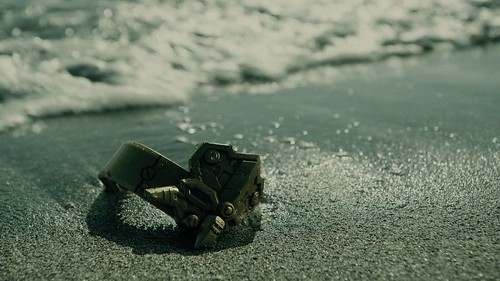 It’s not often I get to do one of these wrap ups so quickly but here we are. So, let’s get right to it!

As many people likely know by now, Amazons Season 2 starts up in a little less than a month, so the timing for these BDs is really no surprise, all things considered. Honestly, part of me had hoped that we might get official streams before these BDs came out, since hopefully, a US home video release would also follow, and opening the door to official Rider releases in the west would certainly be welcome. However, since it didn’t happen yet, here we are.

With that in mind, a batch release will be out in a few days. Despite the changes to the encoding profile I made after the first few episodes to address some banding issues that aren’t generally an issue with the longer series, I don’t anticipate replacing any of the encodes as released. I could probably marginally improve one or two episodes, but after rewatching them, I’m still happy with them as they are. The only planned revision for the batch is a v2 for Episode 5 to attach a font I forgot. The batch will also include the commercial announcing that a 2nd season would be made, which originally aired during an episode of Ghost as I recall. I’ll also be including the two OPs for the TV cut which were included on the BDs. Those will be batch-only materials unless there is enough demand to do a separate torrent for them too.

As is standard with the modern shows, a design gallery was included, although it only consists of four images. Still, it’ll go up on Saturday or Sunday, probably at the same time as the batch.

Normally, I end these posts with what is planned for release next, but since there’s nothing to follow this yet, let’s talk Decade for a second. For those of you who haven’t heard, we’re teaming up with MegaBeast Empire to do a resub project for Decade. These will be entirely new translations across the board, with the exception of the Decade/Shinkenger crossover, which we’ve gotten the greenlight to use the existing Over-Time translation for. The plan is also to do the assorted movies and bonus material as well.

I want to temper expectations on the speed for this project straight away. While I’ll be handling encoding and distro, and helping with QC, the translation side is being handled by MBE, so we’ll be working entirely based on their schedule and availability. Episodes will be out when they are out.

Otherwise, we should have more Zyuohger on the way in the next week or so, Ex-Aid in April, and picking back up on Gaim and ToQGer. Busy times here at OZC-Live, but better than having nothing to do. So, look forward to all that coming soon, especially our “Journey Through the Decade”! 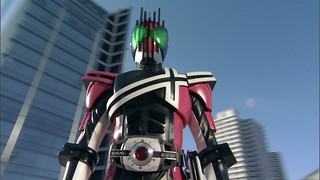 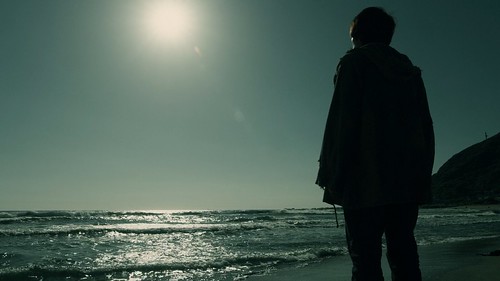 Operation Tlaloc reaches its conclusion, destroying 3/4ths of the Amazons. The extermination team reunites for one more mission to search out the survivors, including Mamoru, while Haruka and Jin meet again for one final battle. 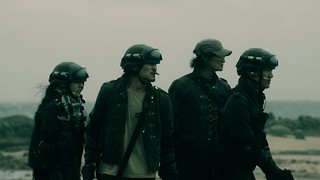 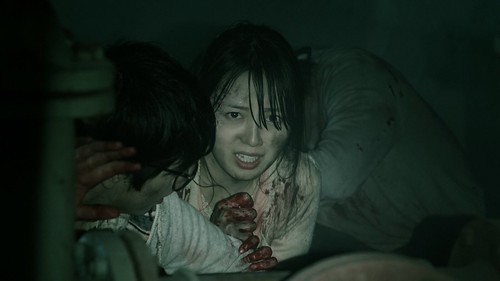 Episode 12: LOST IN THE FOG

With Tlaloc ready to be deployed as soon as it rains, Reika struggles with what it would mean for Haruka if it were launched, but Jin blackmails her with files about the Amazons project. Meanwhile, Mamoru has begun to display signs of a hunger for human flesh during a mission… 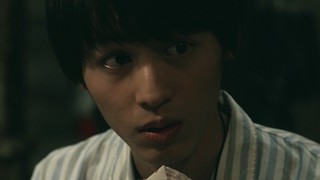 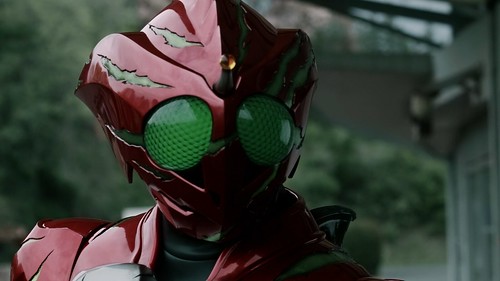 As Haruka makes a full recovery, preparations for Tlaloc continue. However, Alpha, Omega, the team, and Mamoru have a more pressing concern that Sigma is still disrupting their operations, and come together to stop their common foe. 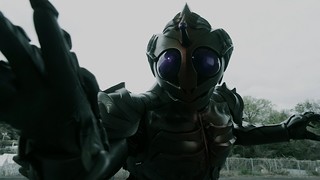 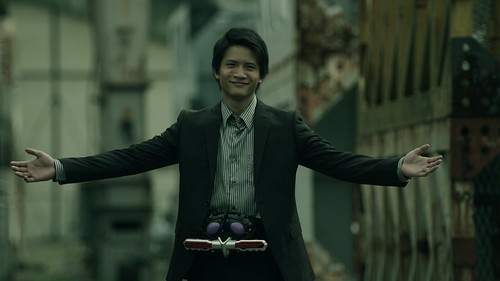 Jin nearly gets killed by Kamen Rider Amazon Sigma, but thanks to Nanaha’s arrival, he flees holding a handheld camera. Meanwhile, Nozama begins preparations for Operation Tlaloc, which will eliminate the remaining Amazons in one attack. 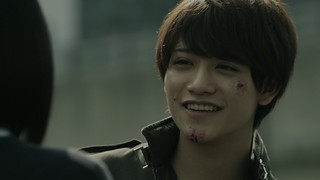 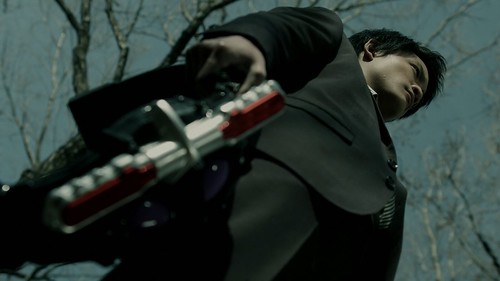 Episode 9: INTO THE CANNIBAL’S POT

A cannibalistic serial killer chef Amazon turns humans into food for fellow patrons of his restaurant and tries to suppress other Amazons by feeding them. Meanwhile, Nozama Pharmacy deploys a new type of Amazon and is developing weapons to hunt down the remaining Amazons. 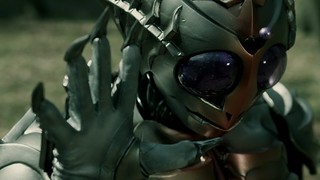 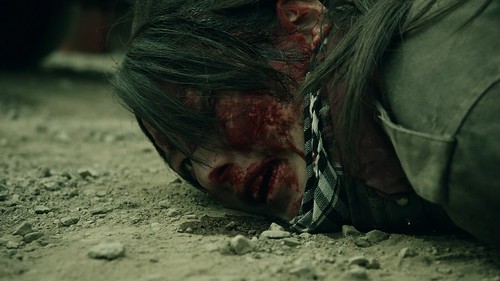 Episode 8: HERO OR NOT

Haruka is at odds with the team after letting an Amazon go who doesn’t want to kill but is haunted by the reminder that by letting him go, humans will die. Meanwhile, Mamoru and Nozomi face off with an entirely different kind of monster… 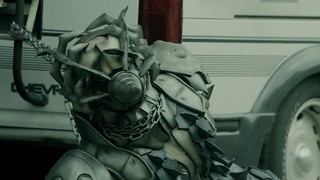 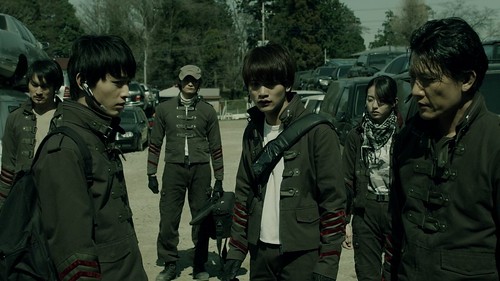 Episode 7: GAME OF THE BUTCHERS

A suspicious death occurs, with the victim found hanging high in some power lines. The extermination team suspects an Amazon, but when they arrive at the junkyard, they walk right into a trap… 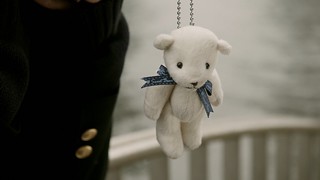 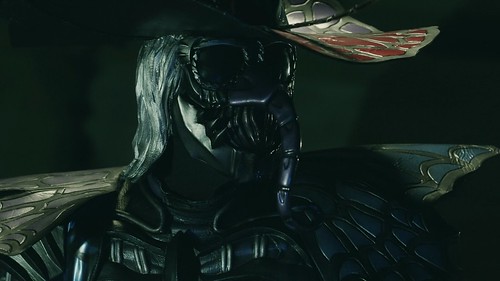 Episode 6: FOR WHAT I FIGHT

What is Haruka’s reason to fight? Is it to protect Mizuki? Is it his instinct as an Amazon to hurt others? In search of the answer, Haruka visits Reika. Meanwhile, a dormant enemy awakens and begins its hunt… 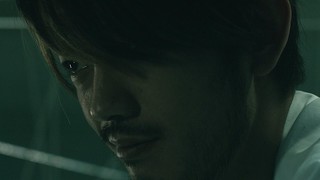