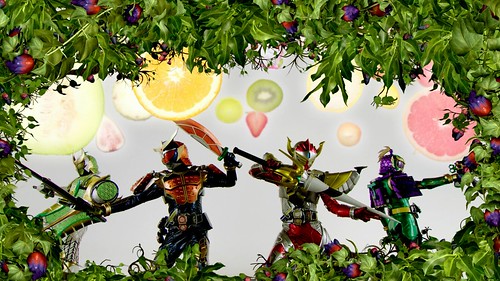 So, with Wizard complete, it’s just about time to start Gaim. But, before we kick things off, there are a few points with regard to the Aesir subs we need to address, and I’d like community feedback for some of these points.

At this stage, it seems like the best bet is going to be doing 2 tracks. One that is probably 90% untouched, and one that has several modifications.  Obviously, this doesn’t include any potential grammar fixes or whatever. If we do end up going this way, the revised track will likely be the default track, with the untouched track as an alternate. If there are any episode titles that would contain revised terms (I know of at least one), the file names would use those titles rather than the originals.

One thing that will also affect both tracks is the instance of a few lines of Overlord speech that weren’t translated initially and converted to the coded speech. We’d like to translate those lines if anyone would be up for that. I’ll need to find where those lines are since I can’t remember right now, but if anyone would like to help with that, leave a comment below. Those will be included in another alternate set of tracks where appropriate when it starts to come up.

So, if you don’t have a problem with this setup, great. If you are interested in the terms that are candidates for changing (of which a couple are likely being applied across the board), jump ahead and take a look at the list and drop a comment with your thoughts.

Here’s what we’ve got planned to at least look at:

One method of handling this I considered would be something similar to how the German lines in the OOO movie were done, with “donguri” in a light font above acorn when it comes up in the scene above. Alternately, we could play a little loose with the line and go with some italics to have “Don… guri? Like an acorn?”. I’m otherwise open to suggestions on how else to handle this. If it comes down to using a TL note, so be it.

That’s everything I can remember that I’d be looking at revising or changing outright. As I mentioned in the Wizard wrap up post, because of the nature of how the show phrased things, there’s really no perfect way to handle this, and being that I’m not a translator, I’m limited as to what I can do to make changes. While I know that a consensus is unlikely and I know exactly how far I’d want to take the changes for myself, I want the subs to appeal to as many people as possible. If there are any specific terms that I didn’t mention here, feel free to bring them up in the comments and I’ll add them to the post above. Comments will remain open on this until we start releasing episodes, at which point the changes will be locked. Anything that comes up after that will be posted to Twitter for feedback.