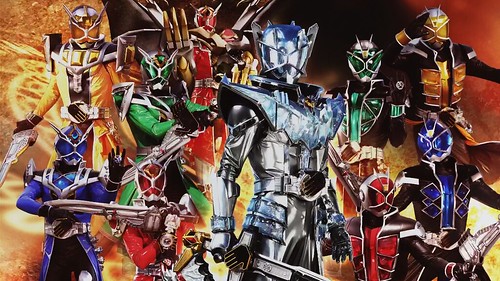 Yes, Wizard is done as far as the subbed releases go.  However, while we’ve fallen behind on releasing them, work will resume on the dub recuts, so in a sense, Wizard is far from over. Additionally, from what I could find, Over-Time never re-released the Wizard/Gaim crossover in HD, which means Wizard’s still got one last ride coming up.

The Design Gallery went up last night, so give that a look if you have any interest in the production artwork. We’ll have a batch up in about a week or so. I don’t anticipate any patches being needed but I’ll be double-checking just in case.

As for what’s next, it doesn’t take a rocket scientist to figure out that since we’ve been going in order, Gaim would, of course, be it. With Gaim, there are some tweaks I’m looking at making to the subs, so before I start releasing it, I want to get some community feedback about how we should handle things. There’s never going to be a 100% perfect solution because of the nature of Gaim’s terminology and how it has to be translated, but my hope is to find some kind of middle ground so that we’ll have something that the greatest majority of people will be happy with. Otherwise, beyond Gaim, I plan to get back to working on cleaning up the Black RX subs and getting those releasing again.

Anyway, look for the Gaim pre-release feedback post in the next couple of days and keep an eye out for more Black RX soon too! 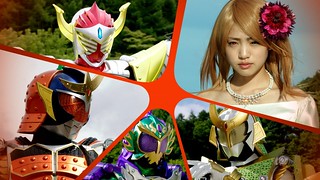