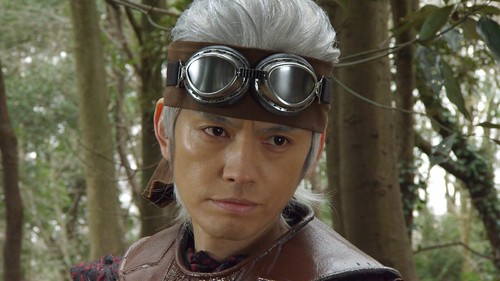 G.I.F.T., the murderous robot prize from Genis’ game, wreaks havoc on the city before shutting down to recharge. Split up from Yamato, Sela, Leo, Tusk, and Amu escape home heavily injured. Meanwhile, Yamato, barely recovering consciousness, sees the shadow of a massive bird fly by. A grey-haired man appears before him and his words remind Yamato of something. Who is this man? And will the Zyuohgers overcome this great challenge? 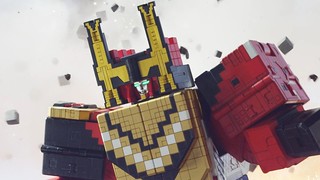 That’s it for Zyuohger BD Box 1! The next box is scheduled for release in December, so as long as we’re able to get the sources like we did for this box, we’ll pick it back up then!