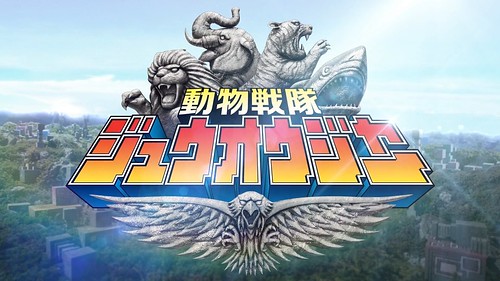 Kazakiri Yamato, a young zoologist, is serving as a guide during a nature observation when a mysterious cube takes him to Zyuland, a strange world inhabited by humanoid animals known as the Zyumans. Yamato meets four Zyumans while in Zyuland: Sela, Leo, Tusk, and Amu. When the human world is attacked by space outlaws called the Dethgaliens, Yamato’s new friends transform to fight the threat. A new passionate desire is brought to life within Yamato after witnessing the transformation. 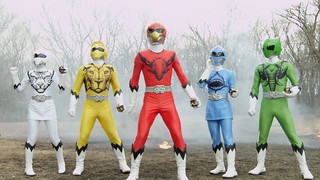 Anyone up for some Super Sentai?! Thanks to the generosity of Howling_Snail, we’re going to have access to the first Zyuohger BD box! At this time, I only have the first two episodes due to some issues with the uploads that we’re working out, but I wanted to get going with what I could for now. Episode 2 will go up tomorrow, with subsequent episodes hopefully being ready later this week. After that, since these are quarterly boxes like the Rider sets, at minimum, we’re looking at December for the next set. However, as I am not buying them, we’ll get them whenever we are lucky enough to be given the sources, so please bear that in mind.

As it stands, if and when we get access to Kyoryuger, ToQger, and Ninninger, we’ll add those to the rotation as they come, but I don’t want to juggle too many open series at once, so that would probably mean one quarterly show and one “legacy” show for Rider and Sentai each. That’s down the road though, so for now, enjoy!