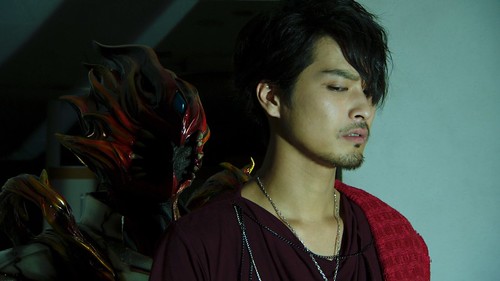 Shunpei decides to go on live television to show off his burgeoning magical powers while Haruto tries to deal with both the young man and Hellhound’s attempts to attack him now that it is clear Shunpei is a Gate. 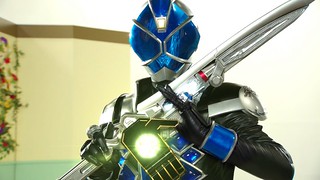 Dub notes: This episode is 47 seconds shorter than the BD version, with the majority of the cuts made to the action scenes in the 2nd half of the episode. There are also two editing oddities to note. First, in the opening recap, a shot of the donut shop has been replaced by a scene of Haruto about to transform from later in this episode. Second, in the preview for Episode 4, the shot of Koyomi and Medusa is repeated to account for a shot that was removed a few moments earlier.