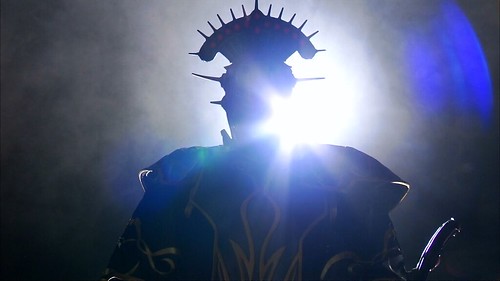 The Virgo Zodiarts begins attacking other members of the Kamen Rider Club, scaring them away from the club, blocking Fourze from accessing Cosmic States. However, Tachibana arrives on Earth to show Gentarou a way to fight with other abilities at his disposal. 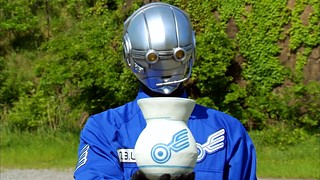 The English dub on this episode is missing a few seconds of audio just after the episode title leaves the screen. There wasn’t a source to replace it with, so it’s just left silent.