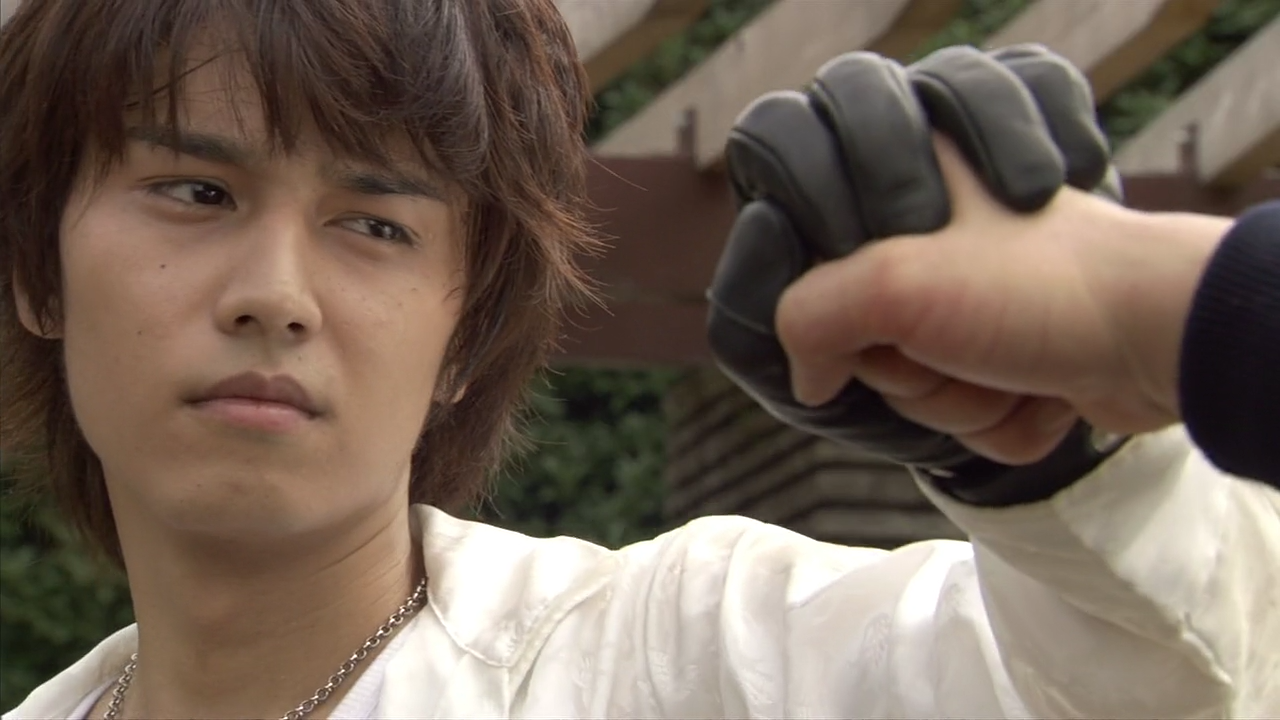 In 1986, Yuri is happy after defeating Rook and suggests marriage to Otoya, who is taken aback. Soon after, he runs into Maya, who is playing the violin and poses a question to him about her playing before she leaves to visit her infant son. But when Riki attacks her as she visits Otoya to see if he knows the answer to her question, her role as Fangire Queen is revealed! In 2008, Wataru finds an injured Mio, and the two patch one another up, both unaware as to one another’s roles, while Taiga, Wataru’s first friend, and the Fangire King, reappears! 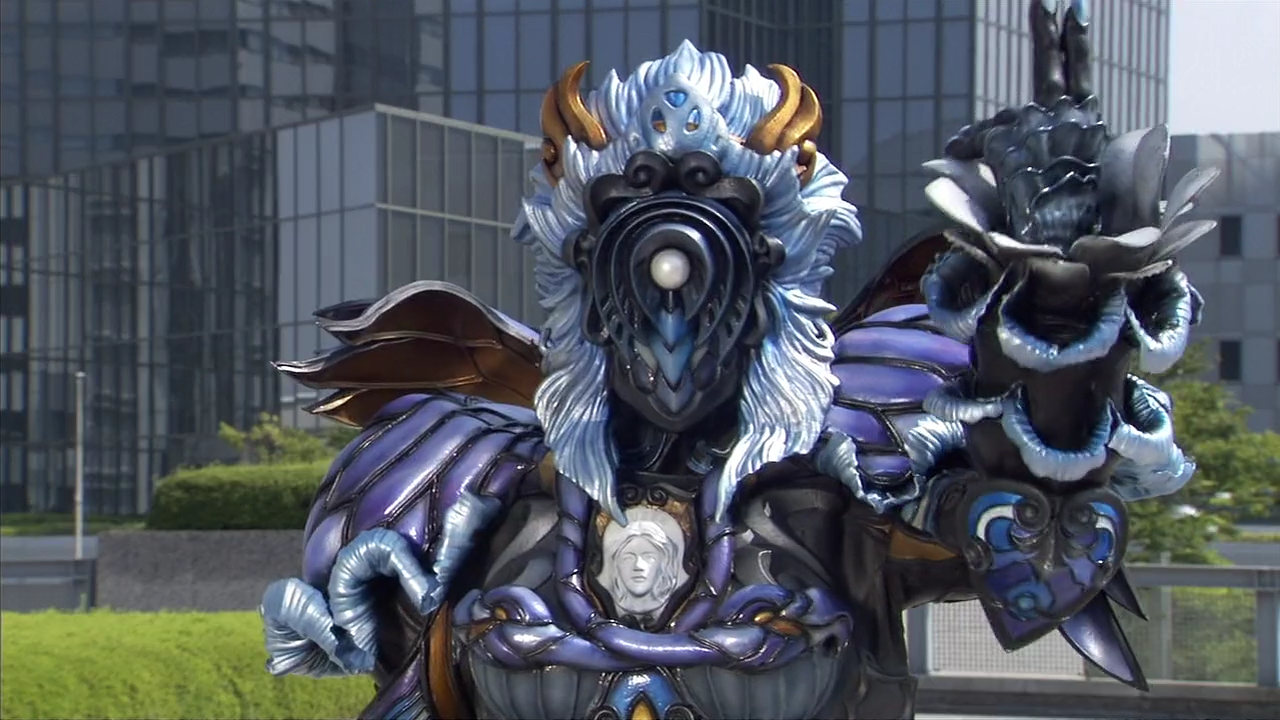