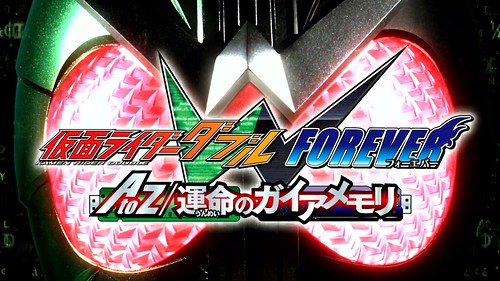 Intercepting the transport carrying Foundation X’s new 2nd generation Gaia Memories, the special-ops unit NEVER, led by Daido Katsumi, intend to turn Fuuto into Hell on Earth. With Daido wielding the T2 Eternal Memory and a Lost Driver, granting him power in the form of Kamen Rider Eternal, Fuuto’s Kamen Riders are left powerless as Daido and his allies take control of Fuuto Tower, converting it into a massive laser weapon… 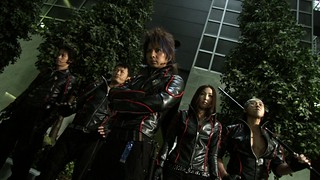 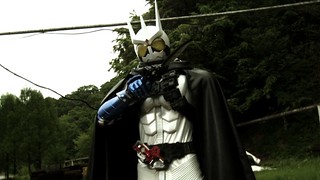 A couple of quick notes on this release: I’ve switched the name from “The Gaia Memories of Destiny” to “The Gaia Memories of Fate”. I’ve always preferred “Fate” over “Destiny” in the title. The subs are otherwise unaltered from the W-Time subs other than usual formatting or spelling fixes. I’ve also imported a couple of subs from the Director’s Cut version, mostly for Gaia Memory sounds later in the movie. Also, this is the theatrical cut of the movie, I’ll be doing another hybrid encode like I did for Movie War 2010 later on for the Director’s Cut. Lastly, I created a set of chapters for this based off the chapter timing on the BD. I have no idea what the chapter names were on the BD, so I came up with them myself. I take full responsibility if they are completely stupid.