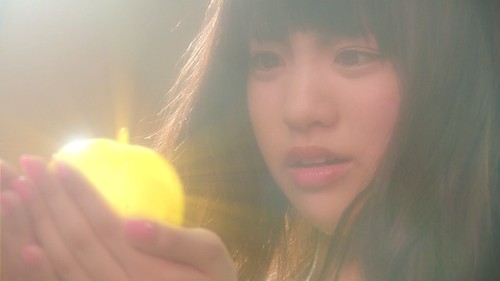 As Gaim and Hell Ryugen continue their battle, Kaito realizes that there is only one way for him to surpass Kouta now that he possesses the powers of the Overlord King. As Ryoma disables the remaining Genesis Drivers other than his own, Kaito takes his plans to the next level, at the risk of his humanity… 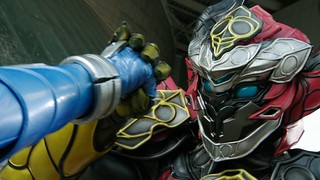 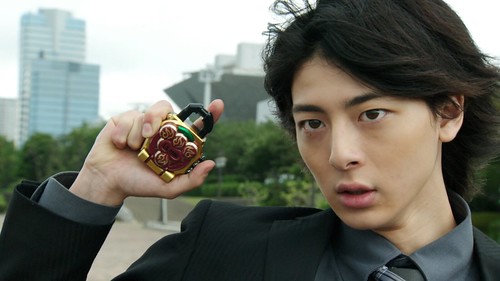 Kouta tries to prove that he has not changed, despite all Kaito has seen in Helheim, and helps the others clear Zawame of Inves. However, Mitsuzane and Ryoma discover that Mai, who has been taken ill, is now the host of the golden fruit, and wonders why Roshuo placed it in her. 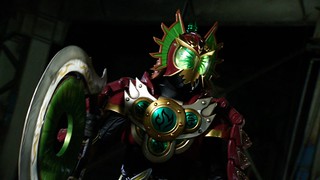 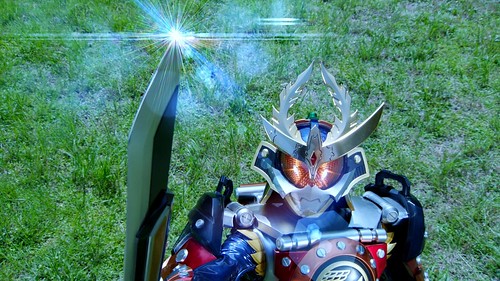 Episode 41: Showdown with the Overlord King!

Kaito fights with Mitsuzane but the two are disrupted by Ryoma. Meanwhile, Mai talks to Roshuo and is entrusted with the Forbidden Fruit before Roshuo enters his final fight against Kouta and Kaito. But, even with Kouta’s new power, it doesn’t seem to stand up to the power of the Forbidden Fruit that Roshuo wields… 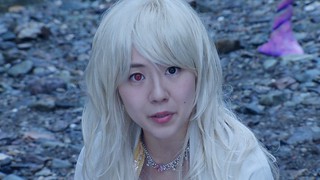 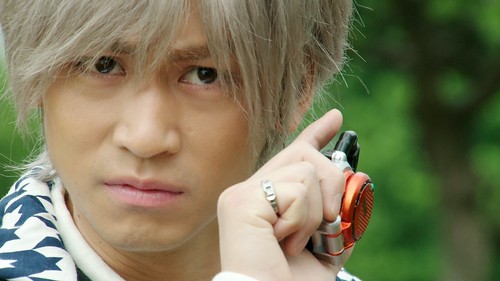 Episode 40: Awakening as an Overlord

Kouta follows the passage to Yggdrasill Tower and to his surprise discovers an underground dungeon containing the kidnapped victims, including his sister. Redyue informs Kouta that he has become one of the Ovelords, rather than a human, and proceeds to show him his apparent destiny. 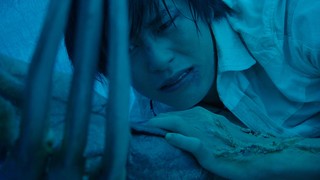 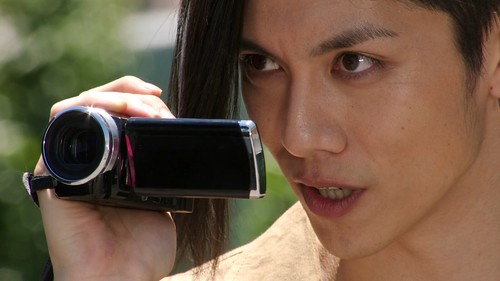 Kouta and Ryoma work together to break into Yggdrasill Tower to free Mai and Akira. While the rest of the group slowly breaks off to guard the rear, Ryoma is forced into action, transforming into Duke, while analyzing Gaim’s new powers. Meanwhile, Mitchy delivers Mai to Roshuo for safe keeping. 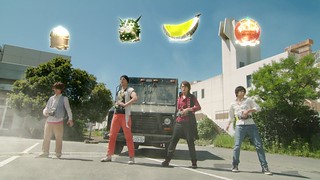 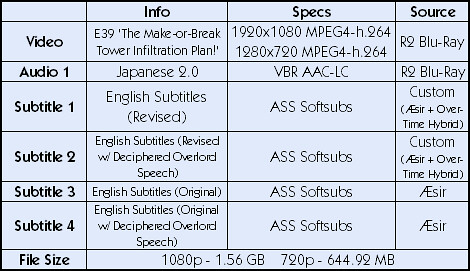 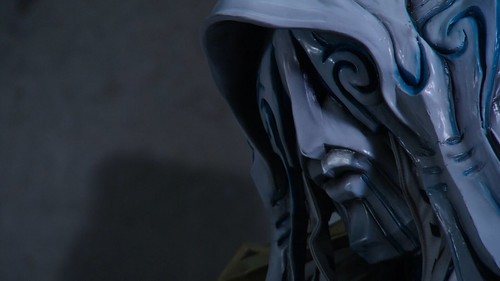 Mitsuzane seems to be hallucinating, claiming he can see Takatora even though he knows he defeated him. Elsewhere, Ryoma returns to Zawame City, and Kouta believes he may now be an ally against Mitsuzane and the Overlords, but the others aren’t ready to trust him so readily. 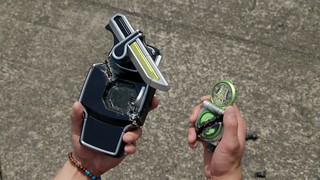 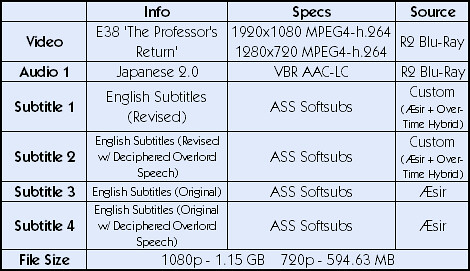 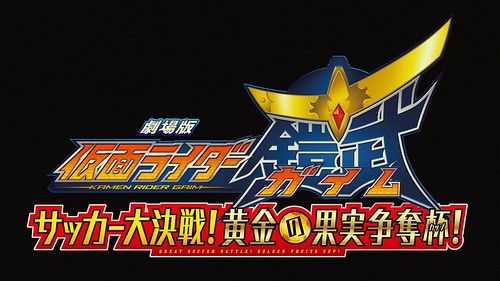 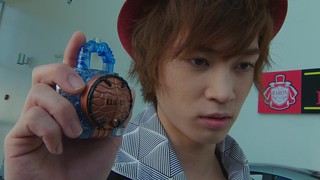 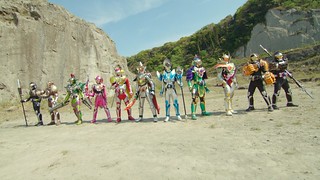 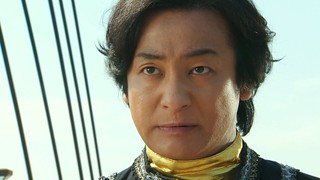 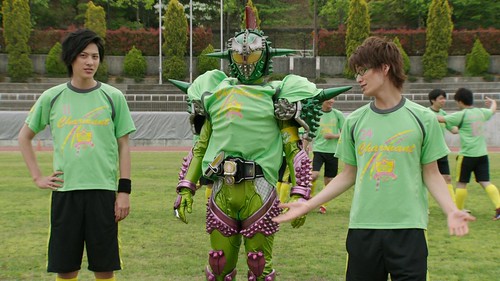 Kaito meets DJ Sagara, who provokes him and summons a ghost-like Gaim Zenith Arms for Kaito to fight in order to experience Kouta’s true level of power. After the battle, he gets caught up in an alternate world where he leads Team Baron in the competition for soccer’s All Rider Cup. 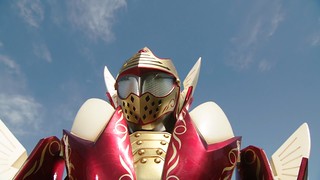 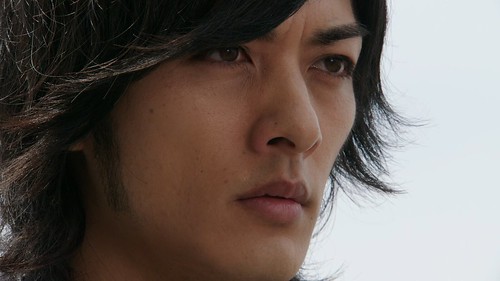 As Mitsuzane is about to kill Kouta, Takatora appears and stops him, revealing the two’s relationship as brothers to Kouta. Later, the fight between the two brothers begins as Takatora returns as Zangetsu to fight Mitsuzane. But, can Takatora strike a final blow against his own younger brother? 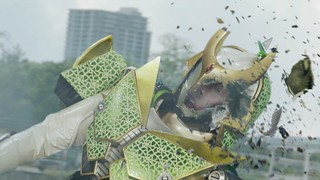 Revision Notes: Changed episode title from “Final Zangetsu” to “Zangetsu Shin” in keeping with revisions to the sub track. 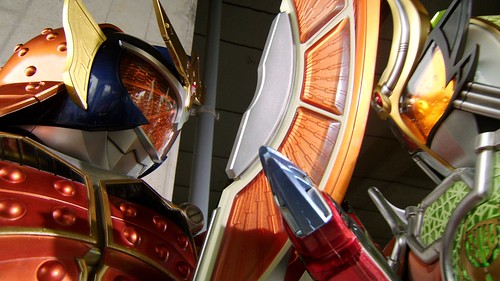 Roshuo begins the invasion of the Earth by opening cracks around the world. Kouta, Kaito, and Yoko plan an assault on the Yggdrasill tower to stop him, while Kouta also seeks out Akira. However, Mitsuzane has other plans after seeing Mai again. 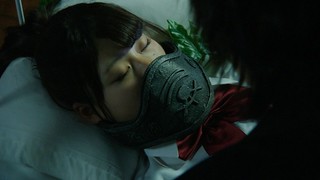 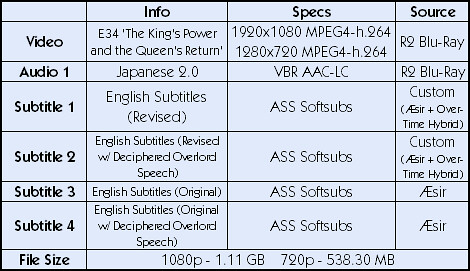