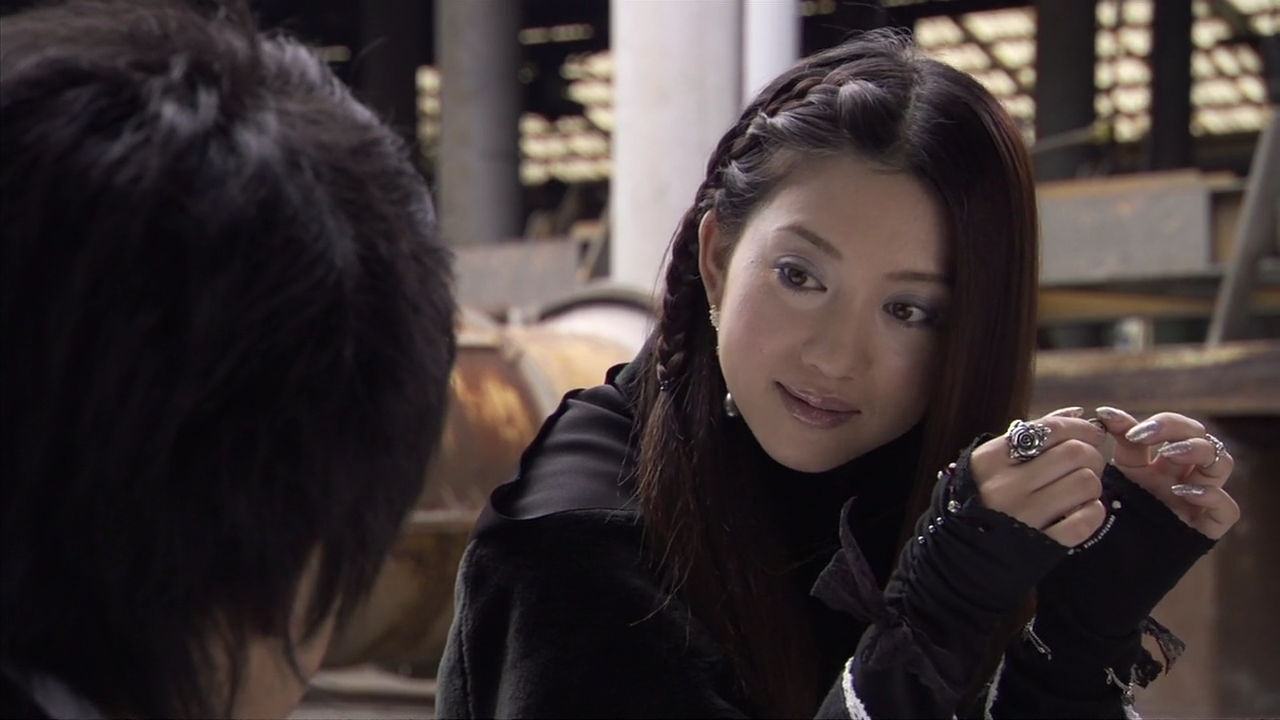 Still in 1986, Nago tries to explain to Tanahashi that he’s from the future and trying to change history, but Tanahashi believes he’s lying. After Nago attempts to throw Otoya off by kidnapping Yuri, Maya saves him and asks about human love, and while Nago can’t explain it directly, he gives her the button from his first bounty, calling it a good luck charm. Later, when the events leading to Tanahashi’s injury begin to unfold, Nago changes the future and vanishes, but upon his return, after assisting Kiva, he discovers that Wataru holds the very button he gave Maya! But why does Wataru have it?