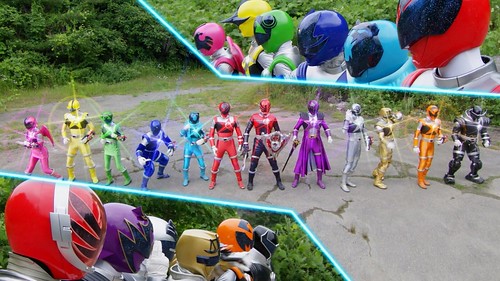 Talk about lucky! Another year of Super Sentai wraps up, and this time, it’s been just about a year.

As usual with the majority of our Super Sentai releases, big thanks to Howling_Snail for sharing the BDs, and to Over-Time for the excellent subs that enable these releases!

I’m kind of a space nerd, so Kyuranger was right up my alley, and I enjoyed the series quite a bit. You could make an argument that with such a big cast, some of the characters got sidelined a bit too much, but I think they did enough to develop the whole cast to a satisfactory level. Anyway, that’s my (very short) two cents.

The batch for Kyuranger will be on the way, but like ToQGer, may be slightly delayed. While I have all the extra material I need for this one, my schedule with work has slowed my ability to prep batches if I want to get new releases out. However, with a big project coming to a close in the last few days, I’m hoping to be able to assemble the batches soon.

By popular demand, the next catalog Sentai will indeed be Kyoryuger, so those should be starting soon. Along with those, Lupinranger VS Patranger Box 1 released this past week and once again, Howling_Snail will be providing the BDs for us to release, so we’ll be kicking that off soon. The daily release plan has been working out really well so far, and with my work schedule freeing up a bit, I will be trying to increase that to two-a-day when possible. So, look for plenty more Sentai starting up soon! 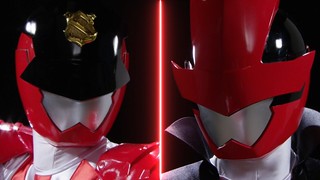