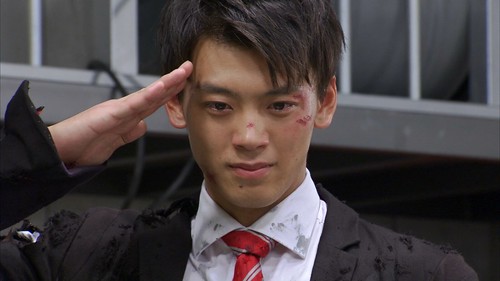 And so, we come to the end of another Rider series, and with that, another wrap up post.

If you’d asked me a year ago whether I thought W would get dethroned as my favorite Rider series, I’d have probably said no. However, after watching through Drive for the 2nd time while working on the BDs, I think I can safely say that Riku Sanjo topped his previous entry and I’ve got a new favorite. Was it flawless? Of course not. But at the very least, it stuck the landing better than W did. Anyway, enough rambling about what I like.

Doing Drive as the BDs came out rather than waiting for the series to be complete was a bit of an experiment, but I think it turned out to have worked well.  Not only did it mean getting BD versions out while the show was still fresh, but it also got us access to the BD exclusive shorts.

So, what’s next? Well, Drive isn’t quite over, although our direct involvement is probably at an end now. Over-Time has been given the sources for the Drive summer movie Surprise Future, as well as Type SCU Episode 3, with 4 uploading to give to them right now. We also have the Drive x Ghost team-up releasing on BD in the Spring, along with the Kamen Rider Chaser V-Cinema. Since all of these need subs, I’ll be waiting just as anxiously to watch all of these when they are out.

As usual, a series batch will be posted in about a week or so. I also am planning to encode some of the bonus material to post up as raws in a separate batch, but there’s no specific ETA for those.

As for our next move? Fourze will continue on as it nears completion, when we’ll move on to Wizard, but be sure to keep your “eyes open” in April when we keep the quarterly releases going with Kamen Rider Ghost BD Box 1! 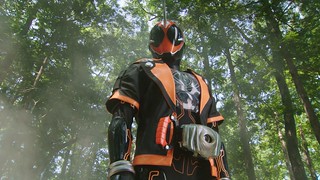